Jodie Comer is without a doubt, a woman of influence. Gracing the cover of InStyle’s January issue, she channels a fashion obsessive stuck at home. Whether she’s playing a cult assassin on TV or a big-screen heroine, the actress’s future looks killer and here she opens up on her early encounters with “Killing Eve” creator Phoebe Waller-Bridge and how quarantine hasn’t stopped her from having a Hollywood hot streak with some advice from Ryan Reynolds along the way. 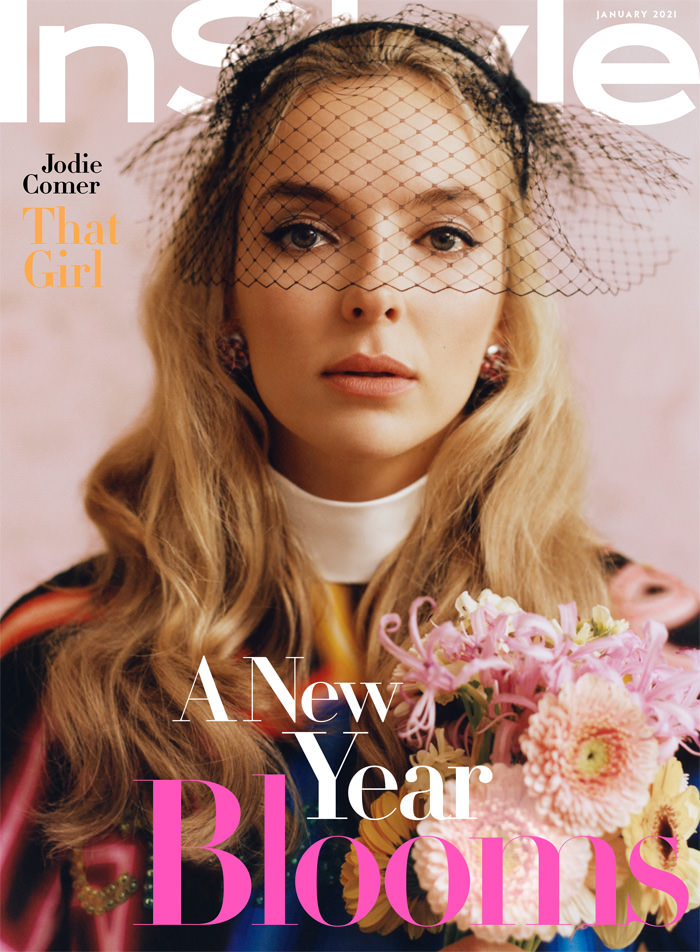 On becoming a target of cancel culture earlier this year: “It was really shocking; it was the first time I had ever been dragged into something like that,” says Comer. “And it wasn’t just me; it was my family. I had seen the absurdity of what I was being accused of, and what my partner was being accused of. I decided for my own health that I was not going to try and convince these people otherwise. I just wasn’t going to do it.” Overall, she feels the experience was a wake-up call to tune out the social-media noise. “The biggest lesson for me this year was: I know who I am.”

On her preferred fashion outlook while at home: “I’m like a granddad,” she says in her disarming Liverpudlian lilt. “I like a cashmere jumper, and I like my mom jeans. I wear my New Balance trainers with thick socks. That’s how I like to roll.”

The January issue of InStyle, available on newsstands, on Amazon, and for digital download December 18.