A Gallery of Classic “Dynasty” Costume Sketches by Nolan Miller 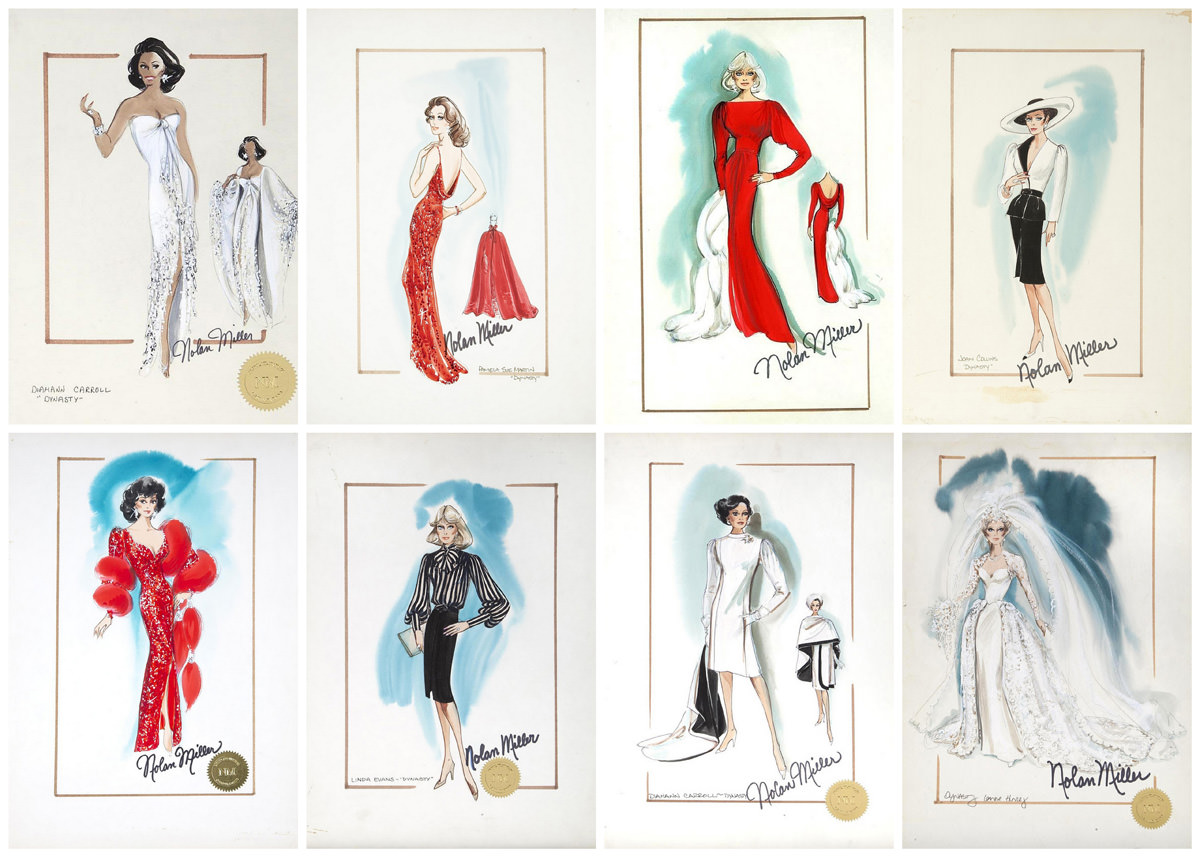 Julien’s Auctions recently completed their “Hollywood: Legends & Explorers” memorabilia auction and to our complete and utter gay delight, the costume designs by the legendary Nolan Miller for the equally legendary ’80s nighttime soap opera Dynasty went up on the block, making for an unusually high ’80s glam catalogue.

Long a favorite of uber-producers Aaron Spelling and Douglas Cramer, Miller was a prolific costume designer for such shows as The Love Boat, Charlie’s Angels, Fantasy Island and Hart to Hart, but it was when he was unleashed on the Colby and Carrington families that he became a household name. It’s hard to put Dynasty in perspective to modern audiences, because the mono-culture is a thing of the past and the idea that a TV show would be so popular that literally everyone knew it and it had such cultural standing that it influenced an entire decade of fashion is completely without comparison today. But Miller’s sequined, broad-shouldered, classic Old Hollywood-inspired aesthetic was the perfect aspirational look for the decade when a pair of actual old-time Hollywood stars occupied the White House. Nearly forty years after the show’s debut, the phrase “Dynasty fashion” still gets applied to sweeping, shoulder-padded designs with a touch of old glamour and bit of ’80s neon or pastels to them. If he had made his name as a fashion designer, such looks might be more commonly referred to as Miller-esque, but such is the fate of costume designers – even the most famous ones fade from the collective memory as their work becomes more and more iconic and legendary over time. 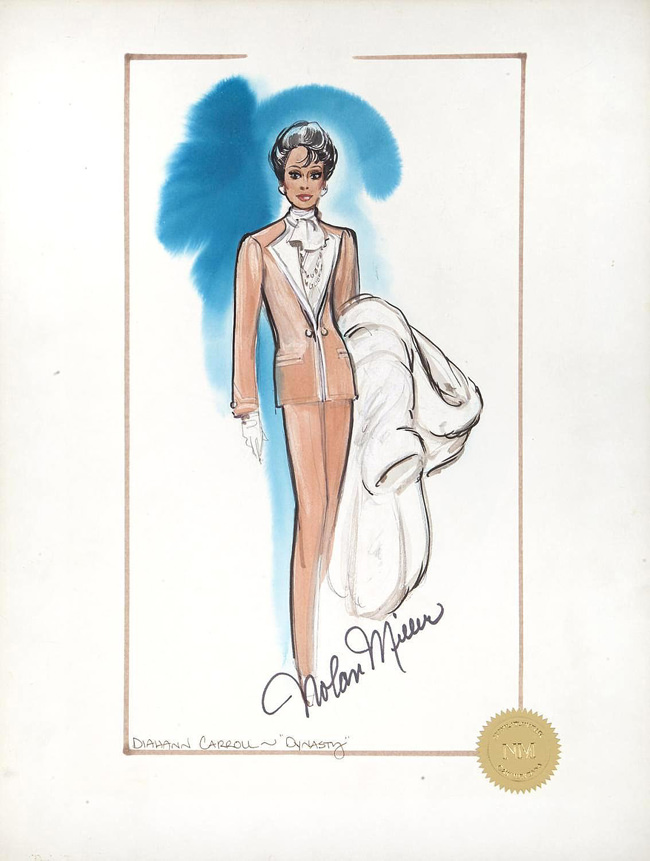 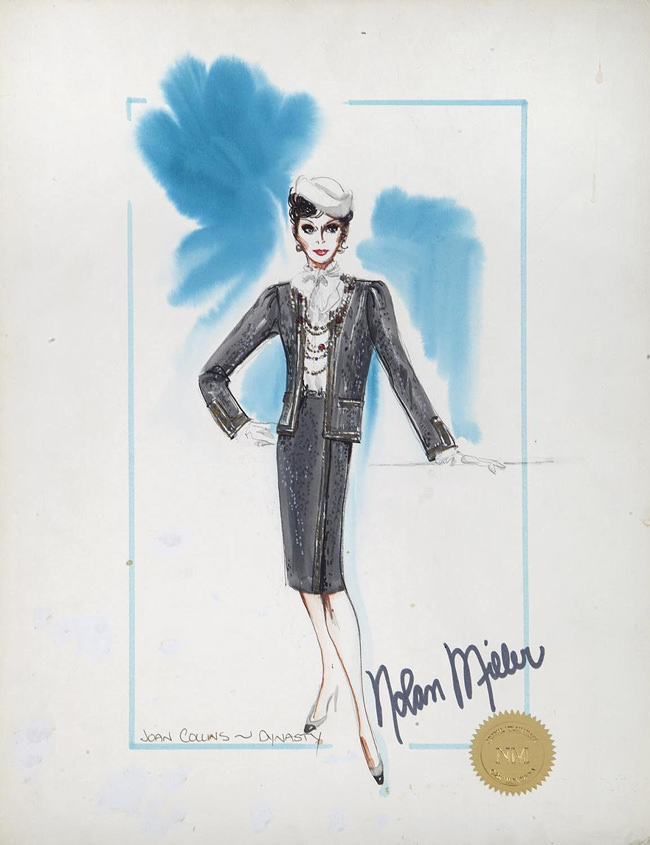 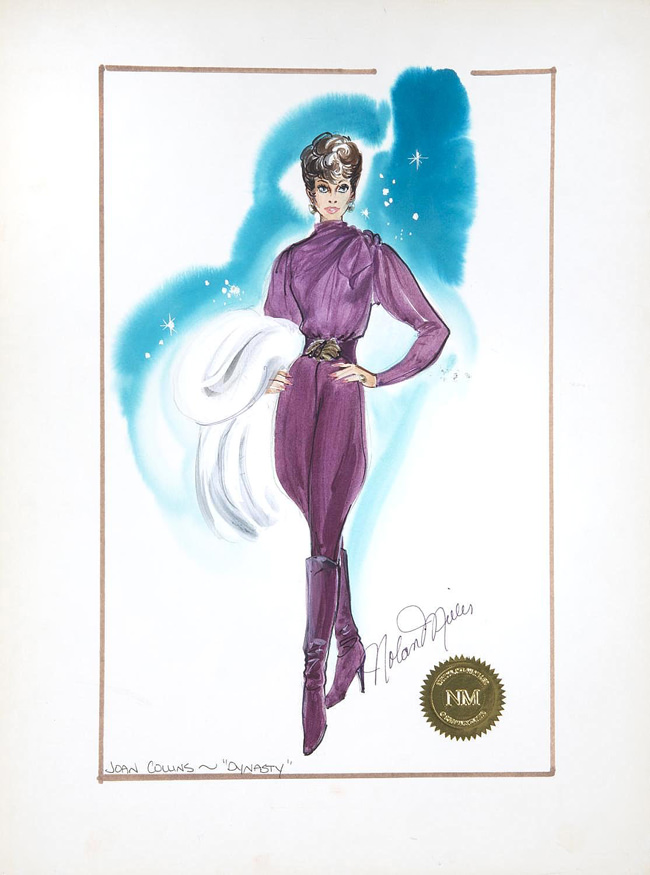 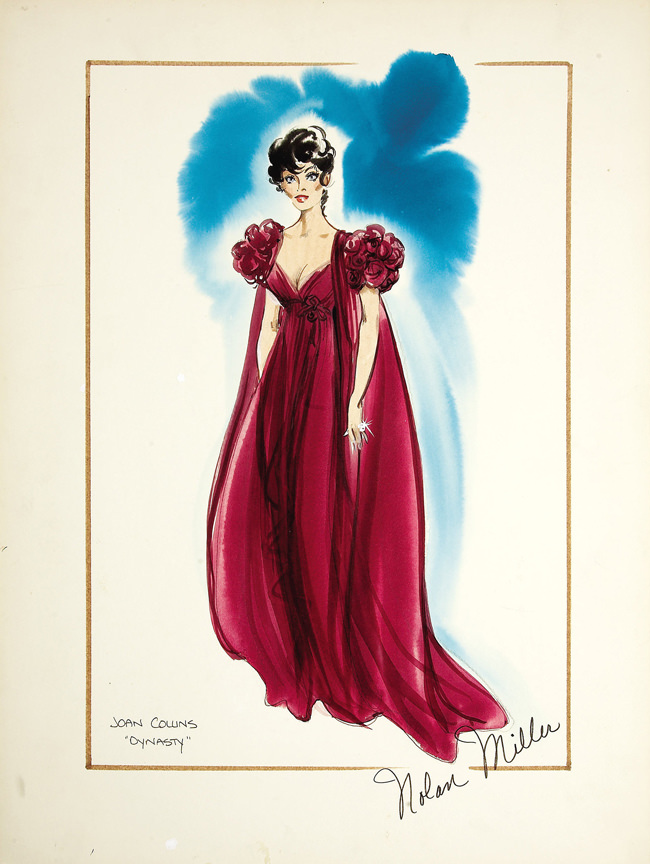 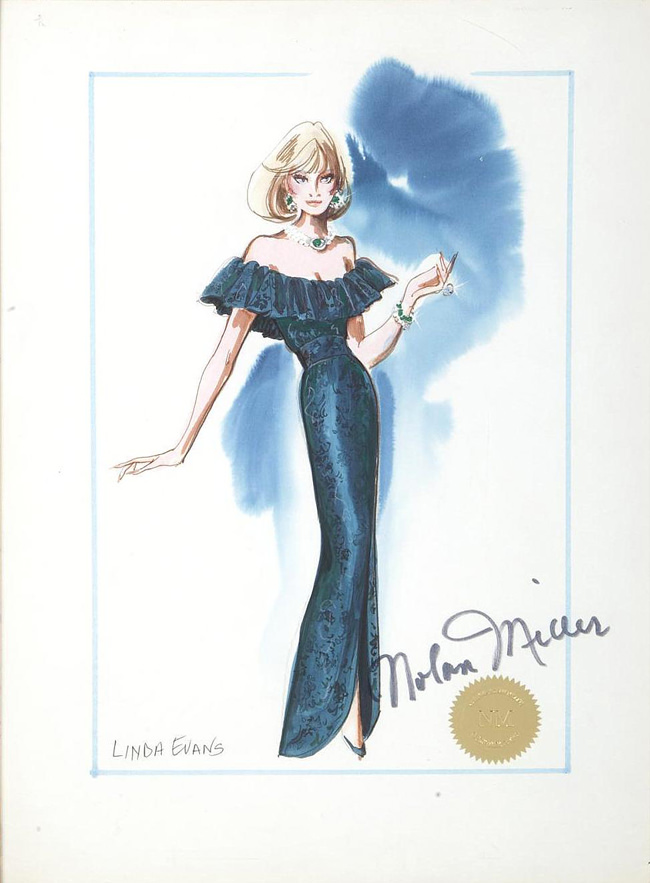 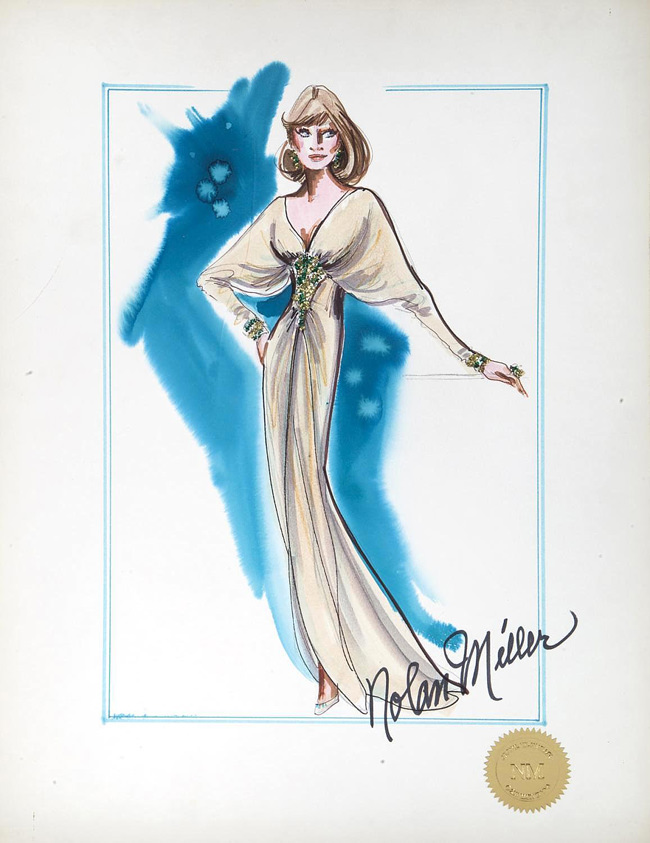 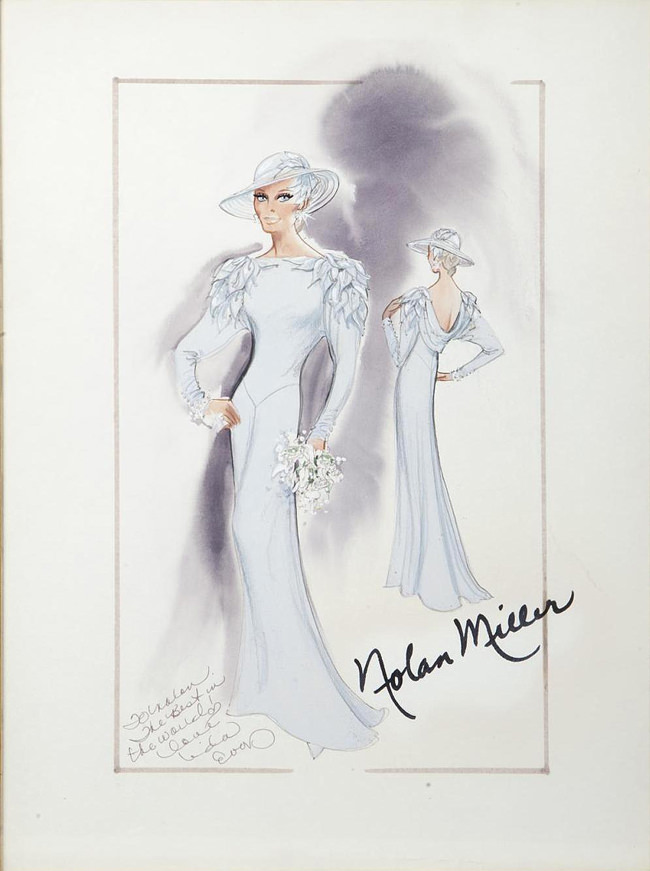