Meh. We think his style is distressingly dull and he basically just wears the same look over and over again, but at least the color’s pretty this time. 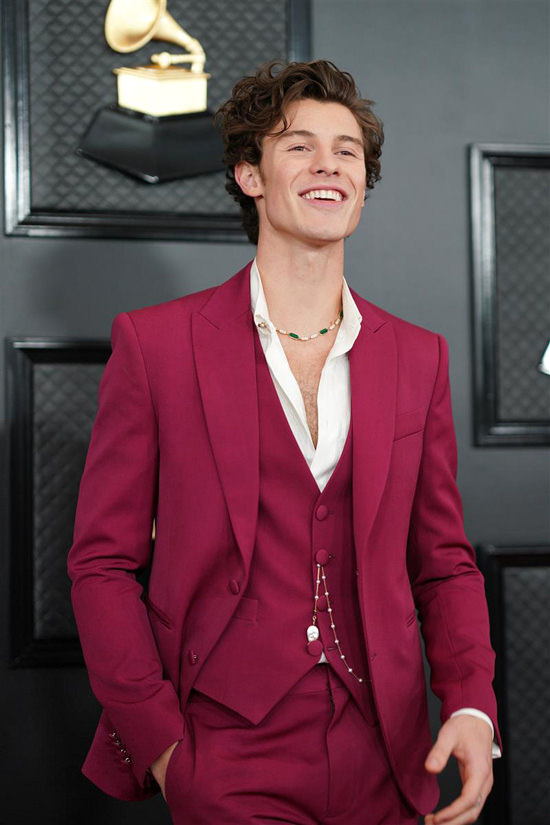 It’s hard to act all mad and put-upon looking at a male pop star working at this style level. But he’s way too young to have such a blandly minimalist style uniform. We suspect it’s very much a branding thing with him, although he honestly doesn’t strike us as all that interested in style beyond the basics. We get it. We’re not mad at it. We’re just bored by it. He’s resting on pretty.