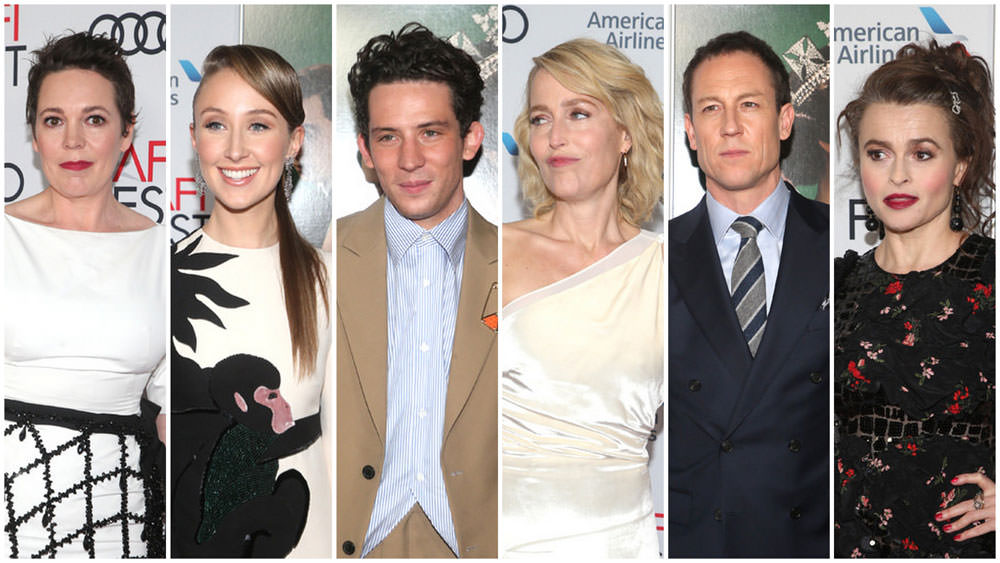 Darlings, it’s a The Crown sort of week and you can expect to see a lot of these faces over the next few days. Let’s judge them! Ever since the screeners dropped in our laps months ago, we couldn’t wait until the public saw her fantastic and funny performance as Princess Anne, who she evokes flawlessly. We were not, however, prepared for her deciding to step out in a monkey gown. We applaud the boldness of the choice, but at the end of the day, you’re still standing there with a monkey on you. That’s not fabulous. We can’t wait to see what she looks like all done up as Maggie Thatcher for season four. One thing’s for sure: she’s going to be dressing as sexy and slinky as possible to remind everyone that she’s way hotter when you take her out of Thatcher drag. The dress is okay, if a bit too wrinkly and shiny. Otherwise, it comes off a bit generic. All the credit in the world to Miss Helena, who’s had a very distinct and somewhat rigidly applied style for many years now, but who also seems to be finding ways to subtly freshen it up. She’s less steampunk and more of a gothy sort of baroque – and it really works. We can’t even say we like the dress all that much, but it’s really well suited to her and she’s styled perfectly. We truly appreciate that the boy’s got some fashion preferences and we want to support his endeavors at pushing the envelope a little, but his preference for Charlie Chaplin proportions in his suits is not endearing. On the other hand, he’s working pearldrops and we can’t really stay mad at any guy who tries that on a red carpet. We love her, but that just looks like some sort of netting apron tied over her dress. Not exciting, but kind of inarguable.

Previous post:
Watchmen: Little Fear of Lightning/If You Don’t Like My Story, Write Your Own Next Post:
Cathy Cambridge in Alexander McQueen at the Royal Variety Performance