Home » Fashion » Anne Hathaway Steps Her Style Up at “The... Darlings! Let’s take a break from all that Met Gala drama and check out a gal whose breezy (if a little fussy) street style may be just the amuse bouche we all need right now! 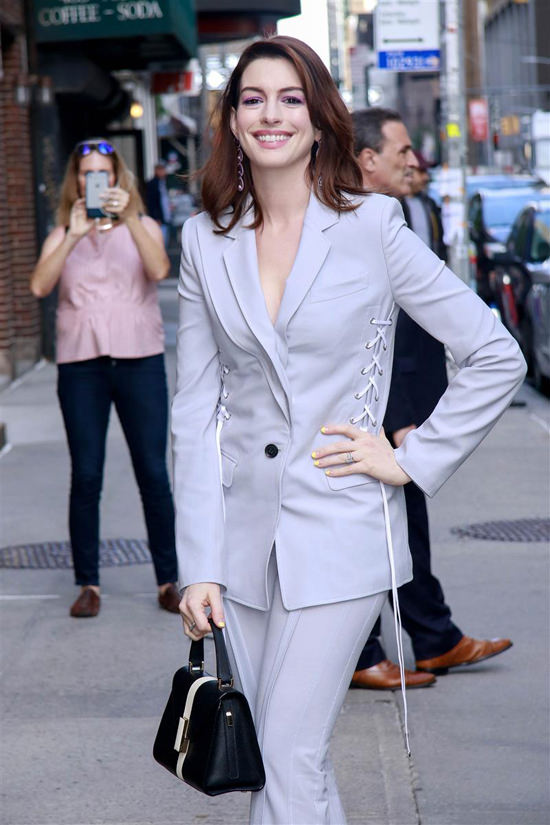 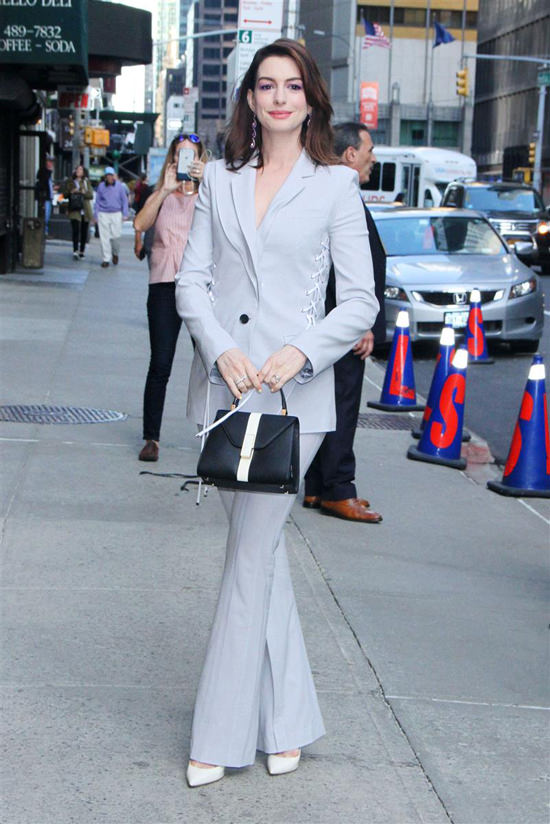 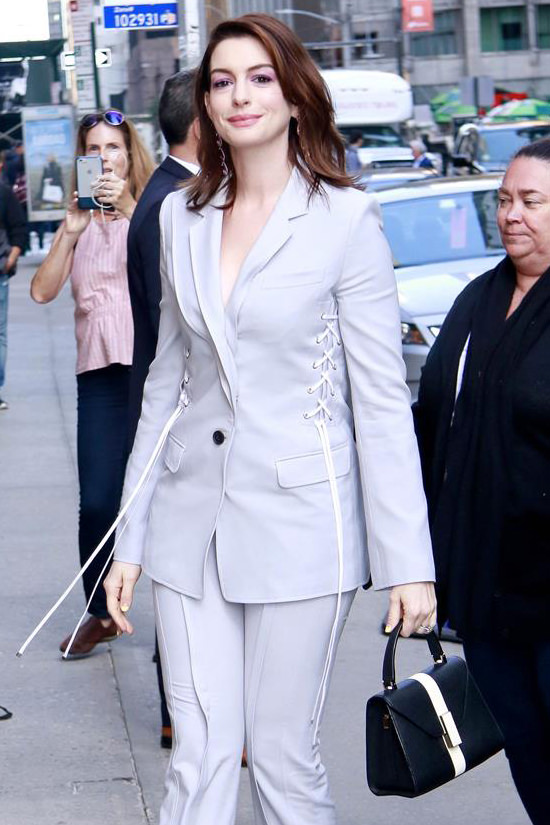 What a cute suit! Do we all love or hate the corseting effect? We think we like it but wish the laces didn’t look like they were pulled from a pair of sneakers! Lovely springtime color and lightweight, breezy feel! The tailoring seems a bit off and we can’t say we’re in love with all the weird little pleats and folds, but there’s something a bit easy and fun about the whole look that appeals to us!

Okay, we’re gonna be real here. We really only highlighted this look because we wanted to talk about this:

That is simply adorable, charming and hilarious. Ru’s a pretty smooth operator on camera, but his reaction of delight seemed entirely genuine to us. Not that she’s the first celebrity to gush over Drag Race. Ru’s used to this sort of thing by now. But we were pleasantly struck by how completely accepted it is for the most mainstream of Hollywood movie stars to use a drag term like “step my pussy up” on national TV and not only is it not met with any outrage or misunderstanding, it’s completely accepted across the board. More than that, it’s considered normal somehow. In the final episode of the first season of Drag Race (its least-watched and remembered season), back in the low-def, poorly lit days of 2009, Ru addressed the camera and asked the small fanbase of the show to go out and support the queens they just met by paying to see their shows and then he said something rather astoundingly prophetic: “We are bringing drag into the position it belongs in our culture, right at the top.”