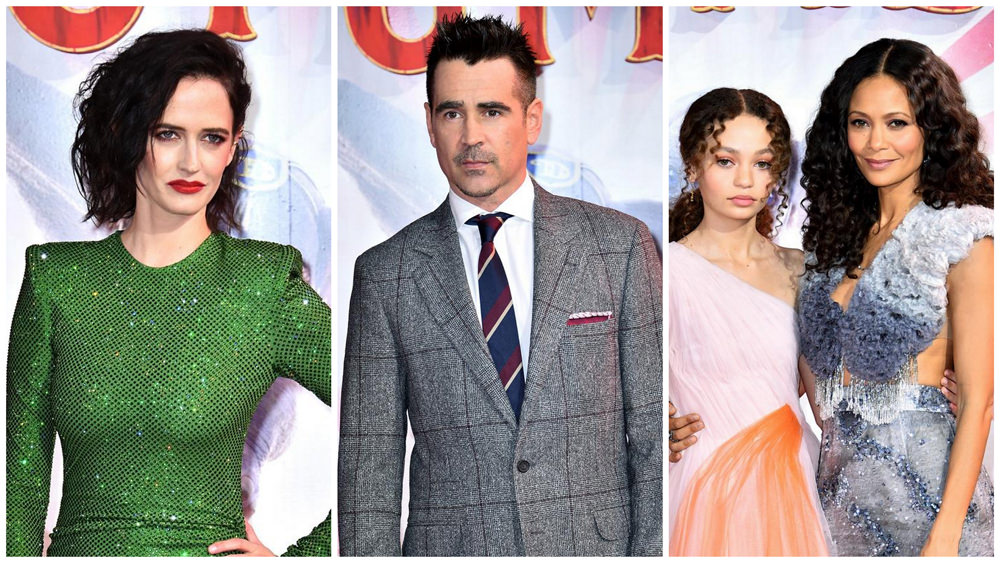 It’s been a rather sad week on the celebrity red carpet front, kittens. Thankfully, there’s always the massive and unstoppable Disney promotional machine to offer up a little sparkle in times of celebrity style drought. Let’s check in on the folks from that weird elephant movie, yes? The great thing about her is that she’s got a Swinton-like level of self-knowledge. She knows what she looks like and she knows what she can do to maximize her looks or dramatize them. Sometimes she goes for eye-popping fashion and sometimes, she just needs a tight dress with some sparkle and color to it. Her face will do the rest of the work. It does tend to make you want to reach out and yank her skirt into position, though. We are not loving this mild micro trend of blocky plaid suits on the red carpet. The cut and the pattern don’t combine well. We get that the tight little Pee Wee suits are fading out of trend, but this doesn’t strike us as a great alternative. And the color story here is dull for pictures. Miss Thandie is making sure her baby girl isn’t facing the hellscape known as modern celebrity promotional work without mama by her side. We think some might assume she’s pulling a Joan Crawford-like power move and horning in on her daughter’s burgeoning celebrity, but given everything we know about the entertainment industry – and more importantly, everything she knows – we think it’s much easier to see this as a protective maternal move rather than a promotional one. Besides, they both look fantastic without trying to dress alike. The bodice on Thandie’s dress is a little too heavy and the random splash of orange on Nico’s skirt almost looks like a mistake, but there’s no denying they’re collectively killing it on this red carpet.