Darlings, it’s the stars of the big movie everyone’s talking about for the next couple of hours or so! Things move fast this time of year. What can we say? Also: 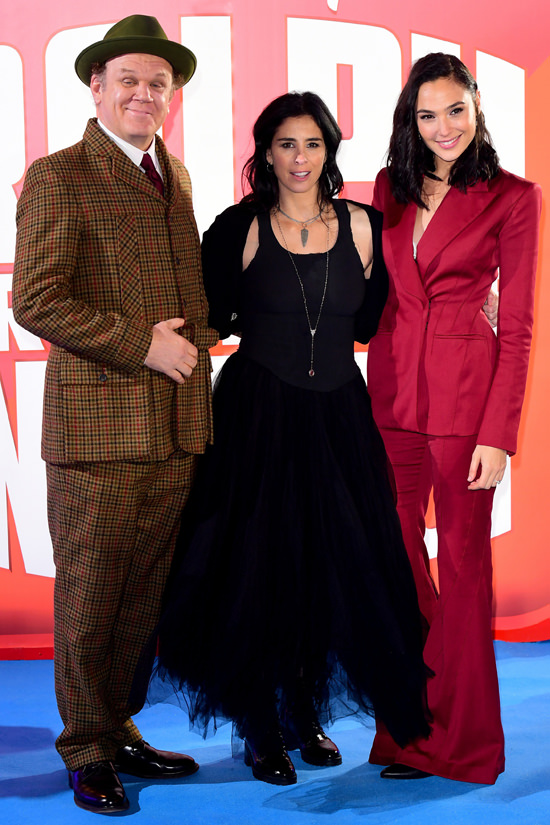 There was no coordinating going on behind the scenes. Presumably. It’s … not to our tastes or preferences, let’s say. While we’re always happy to see an actor who knows there’s no point in him dressing like a lawyer for promotional work, we don’t think this style is particularly flattering to him. It strikes us as a bit too costume-y and gimmicky. The tweed looks great on him and we could even be convinced on the hat, but the cut and style of that jacket is terrible on him. It’s inoffensive but the “goth ballerina with combat boots” look is pretty damn stale at this point. We could have been convinced on the lower half of the look if the top half didn’t look like she was on her way to a yoga class. What a strange mismatch of looks. She’s not a fashionista, but she’s walked enough high-end red carpets in her day to know how to serve it up when the time and place calls for it. We’re honestly a bit surprised to see her half-ass this one. Only so many women get to have their literal Disney Princess red carpet moment. While we’d never have expected Cinderella drag – or really, anything too overtly princessy – we’d have thought she’d go for something low-key glam. She’ll always be Wonder Woman simply because she looks so amazing in red and seems to know it, given how often she wears it. We get that the super-wide flares are trending back, and we won’t argue that she can’t pull them off, but oof. It’s a lot.