Because this kind of impeccably styled attention-whoring deserves the attention. We’re working our way backwards through the weekend as the pics become available to us. First up, just a simple, humble rehearsal dinner frock. We’ll never love a mullet hem, but that’s a stunning gown and she’s clearly a lady who likes to show off her stems. We can’t blame her. Still, it’s our least favorite of her wedding weekend looks.

But she sure as hell knows how to make an arrival: 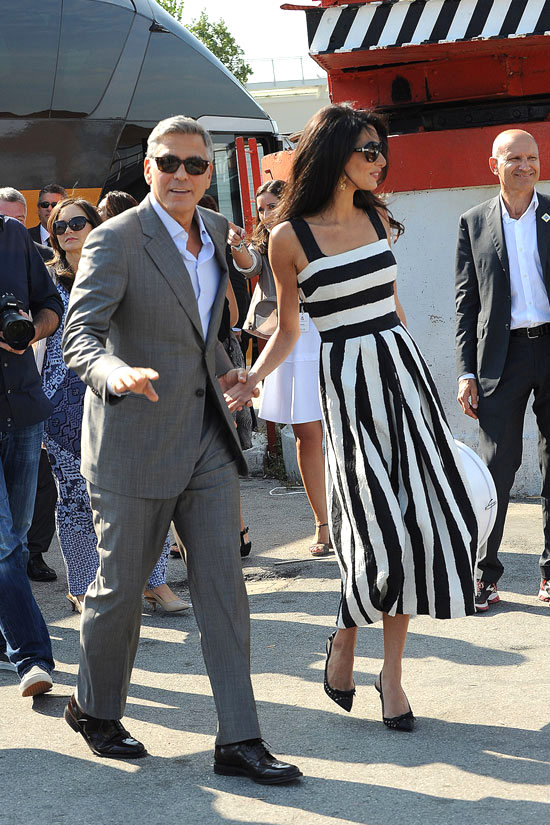 That’s so insanely on point; so “Audrey Hepburn in Roman Holiday,” that we half expect to hear she hired a costume designer for the weekend instead of a stylist. She’s currently starring in her own movie and playing the part to the hilt. Marrying a movie star in Venice? Alrighty, then. Let’s dress the part. LOVE IT.

Previous post:
Julianne Moore in Rodarte at the “Maps to the Stars” Premiere Next Post:
Kanye West and Kim Kardashian at Paris Fashion Week
blog comments powered by Disqus