Kim Kardashian in Balmain at the 2014 MTV Video Music Awards

Look, hate us if you must for even looking in her direction but as one fashion editor said to us once, “I kind of feel like now that she’s married Kanye and landed on Vogue, I’m not allowed to ignore Kim Kardashian anymore.” It’s the VMAs; one of the few entertainment events where you don’t really have to ask why she’s there. And she wore something more attention-seeking and envelope-pushing than 90% of the attendees, which is REALLY saying something. 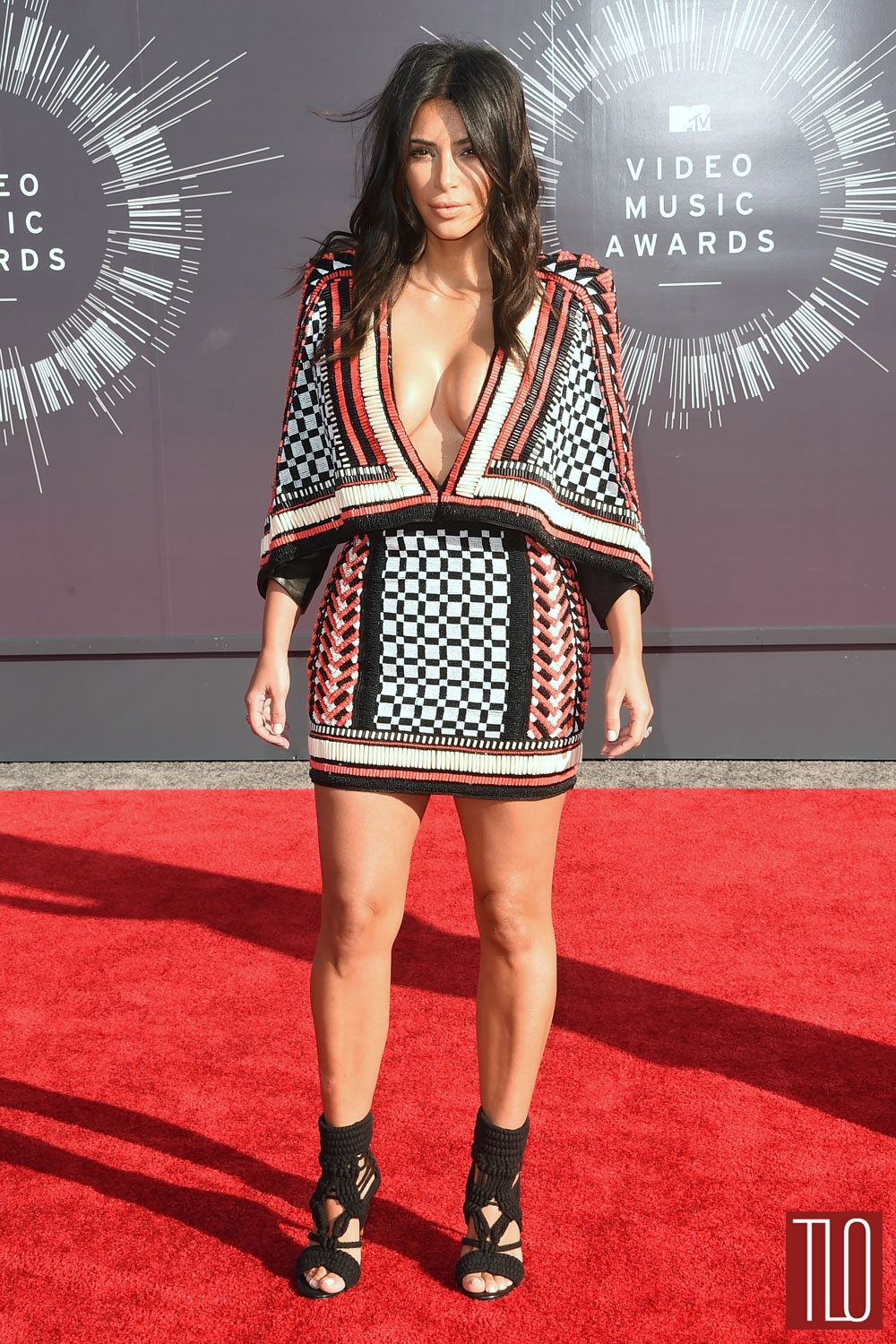 Kim Kardashian attends the 2014 MTV Video Music Awards at The Forum in Inglewood, California in a Balmain look and shoes from the Resort 2015 collection paired with Lorraine Schwartz jewelry. Sure, it’s a bunch of stapled-together beaded placemats from Pottery Barn, and she appears to have cut up a pair of woolen ski socks to make her sandals, but the point is, she’s Kim Kardashian and now you’re all looking at her tits.