We were actually disappointed to find out she wasn’t wearing pants with this top. It would have looked so much better, to our way of thinking. Especially since that skirt looks like it’s ready to make a break for it. And by “make a break for it,” we mean, “fall to the floor.” 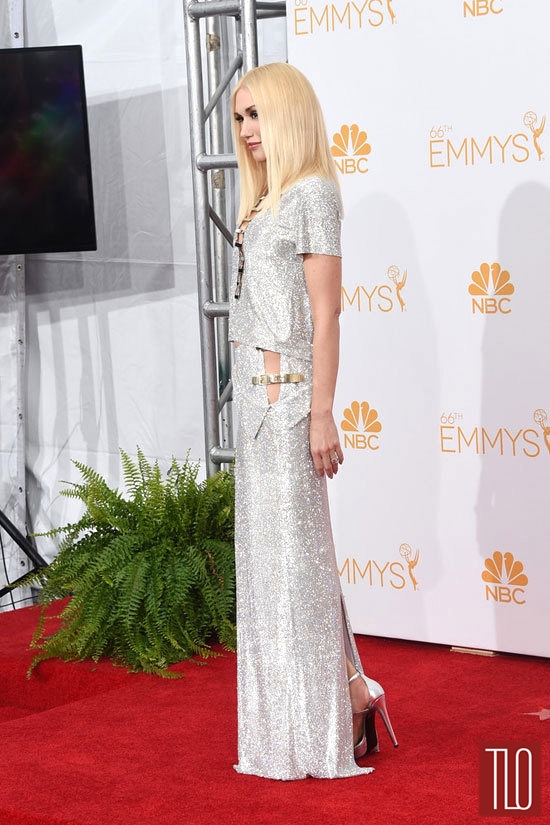 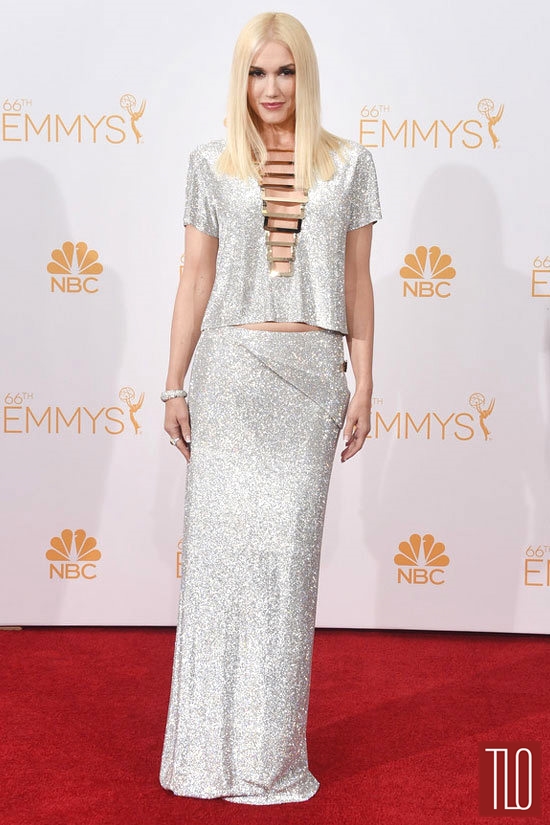 It’s all made out of tiny Swarovski crystals and she complained to Giulana Rancic about how heavy it was. We don’t think it’s our imagination that it’s only staying on her through the sheer force of willpower. She looks like she’s actually pushing her stomach out to hold it up. Even if it didn’t look like it was ready to bolt, we still don’t love the idea of the skirt. It’s too long and unbroken. It needed a little something-something. Granted, our idea of Swarovski crystal pants doesn’t sound particularly practical either, but don’t we all agree that the bottom half of this look isn’t working while the top half is pretty awesome? At the very least, let’s all commend her for styling herself like Donatella, because that’s the only way to make most Versace looks work anymore.