Halle Berry makes an appearance on “This Morning” at CBS studios in New York City. in New York City to promote her new show “Extant” in a white dress paired with Henri Lepore Dezert pumps. Oh, Miss Halle. While we’re flattered that you clearly ran out to find something breezy to wear based solely on our bitchiness, we didn’t mean for you to put on a hammock and call it a dress. You can go back to body con, hon. 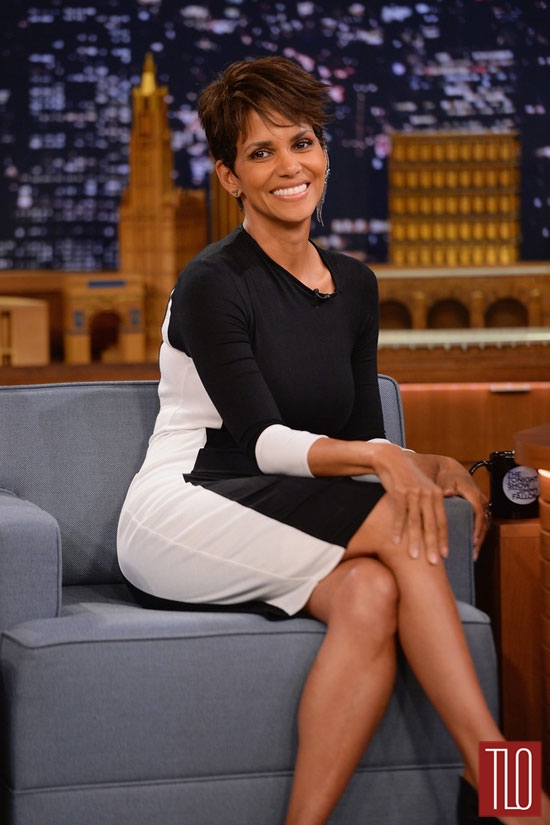 And so it came to pass.

But this is kind of a distracting dress for television; especially those cuffs on the sleeves. And we’re not convinced that blocking is all that flattering when she’s seated. But she’s rocking it, there’s no doubt about that. It’s as standard as a Halle Berry look gets, but we can’t say she looks bad.

She does need a makeup rethink, though.