Julianne starts the day off simply and cleanly, like a farmer’s wife or something: Julianne Moore attends photo call for “Maps To The Stars” during the 67th Annual Cannes Film Festival in Cannes, France in a Nina Ricci dress paired with Christian Louboutin sandals. See? Exactly like a farmer’s wife. We’re so good with our analogies.

This is a pretty color and we like how cool and chic it all comes across, but the shape is awful. Either belt that thing or have it taken in. Not too crazy about the big sleeves, either. It’s like they couldn’t just make a pretty dress. They took a look at it and said “Hmmm. Let’s make the sleeves and the waist entirely disproportionate. That’ll totally make it fierce.” 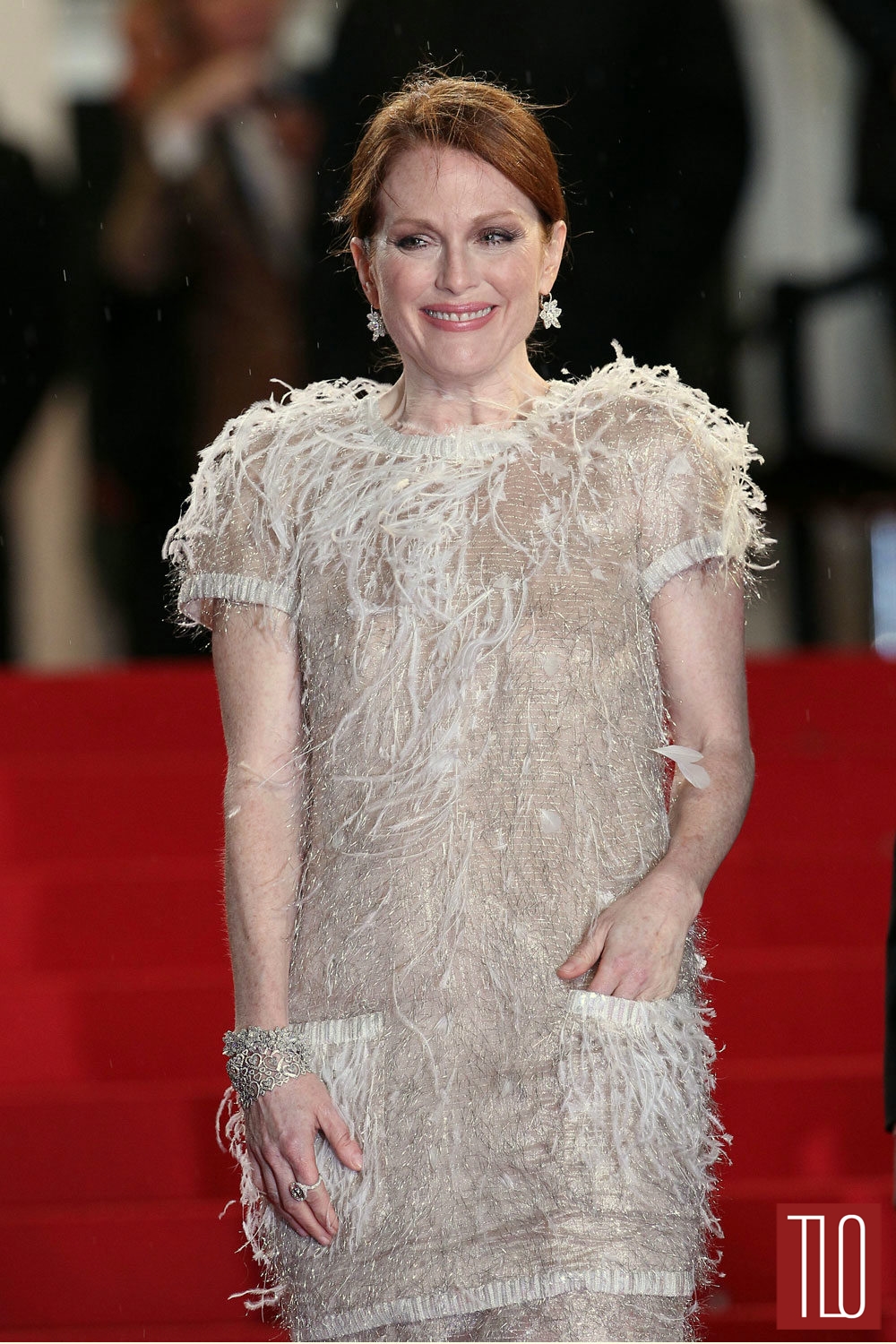 Julianne Moore attends the premiere of “Maps To The Stars” during the 67th Annual Cannes Film Festival in Cannes, France in a Chanel couture dress paired with Christian Louboutin sandals and Chopard jewelry.