Once again, major kudos to her hair people, who seem to be having a blast with her.

The dress? Honestly just okay. It’s not setting our world on fire but we have no objections to it. A non-matchy pair of shoes would have helped. We wish she’d branch out past the standard pump for her footwear choices. Even if you don’t want to get a pedi, which is perfectly fine, there are plenty of other closed-toe options.

But hey, at least we can’t claim she doesn’t take the occasional risk: 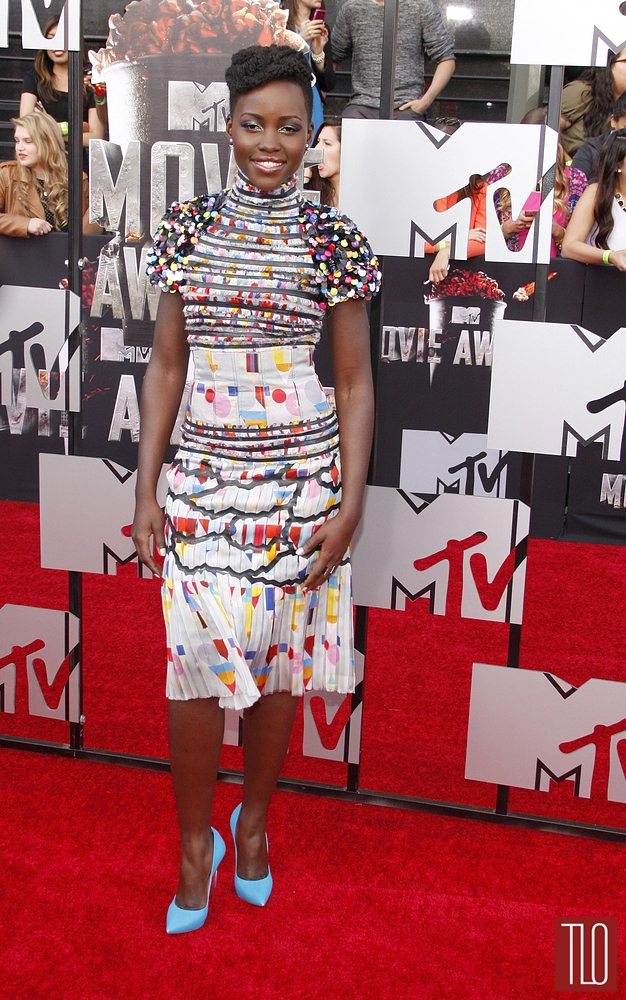 Lupita Nyong’o attends the 2014 MTV Movie Awards at the Nokia Theatre L.A. Live in Los Angeles, California in a Chanel dress from the Fall 2014 collection paired with Casadei ‘Blade’ pumps. Once again, the shoes are a total needle scratch of a moment. But y’know? We’re slowly going from thinking this dress was an admirable attempt that failed to thinking that it really kinda works for her. It all gets to be way too much up around her shoulders and neck, but the skirt really looks great on her.

And everything above the neck is spectacular, as per usual. LIVING for that hair.