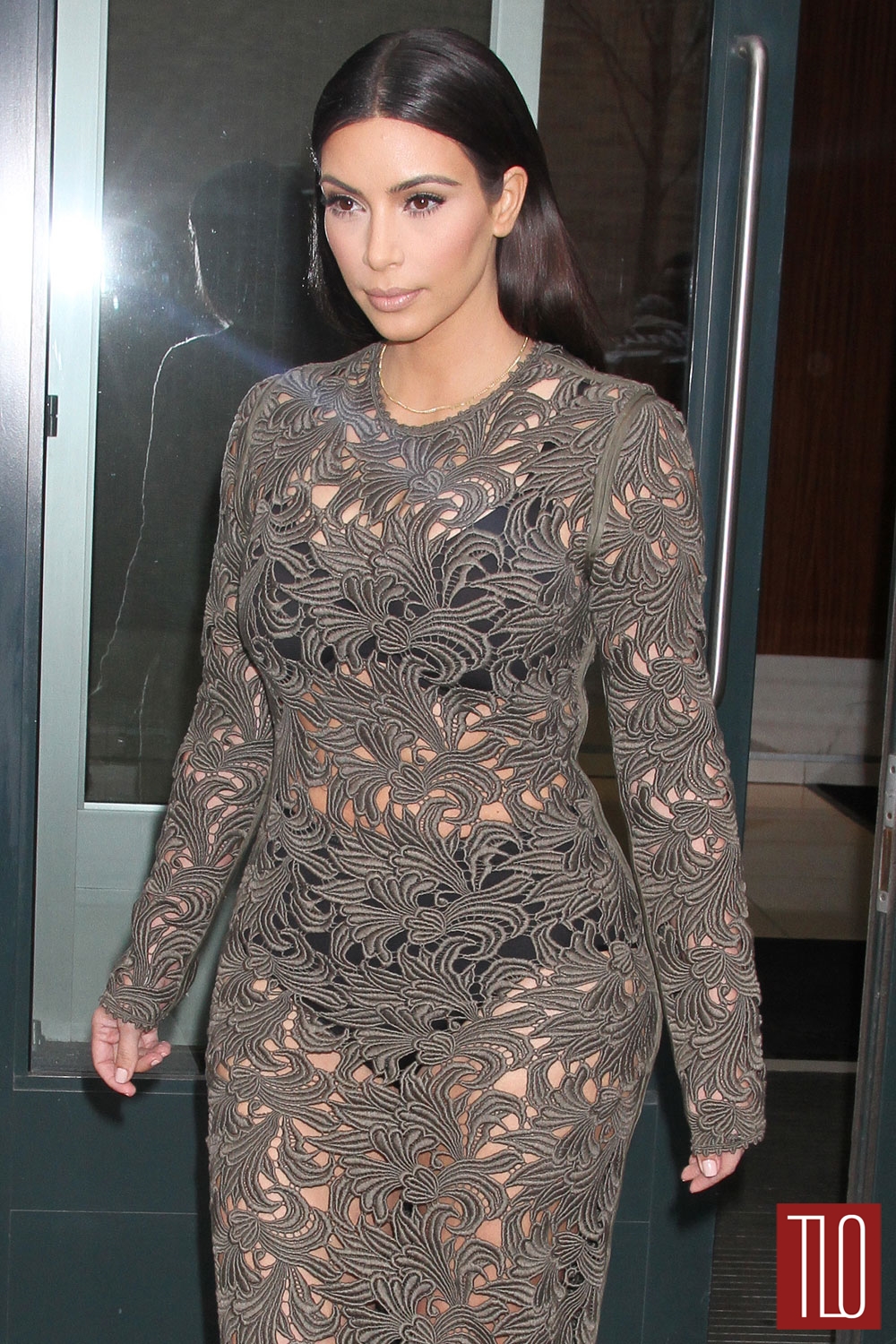 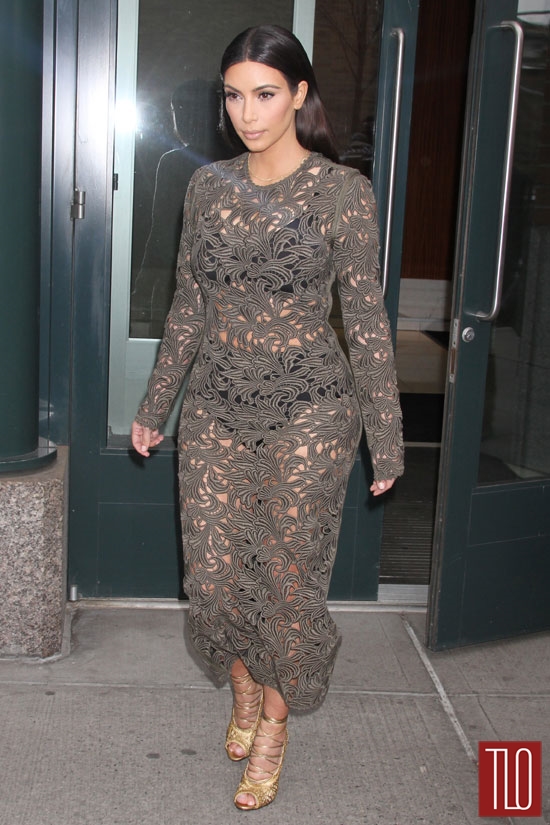 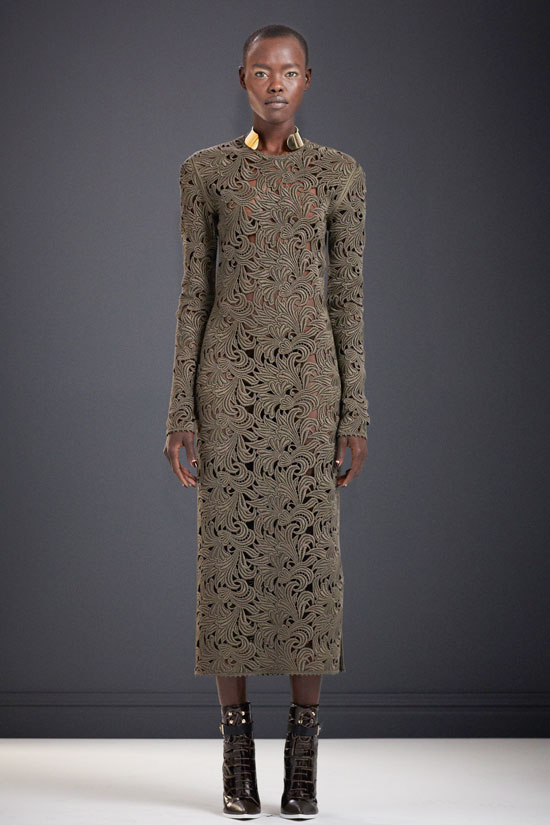 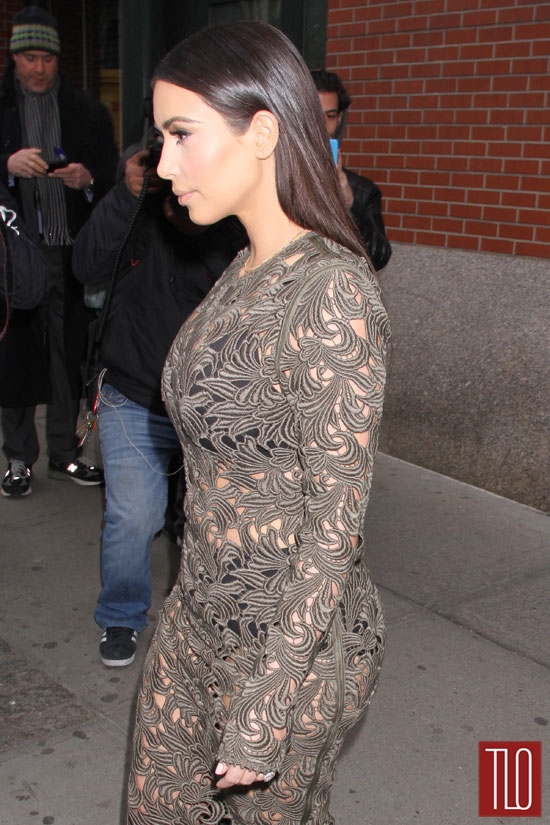 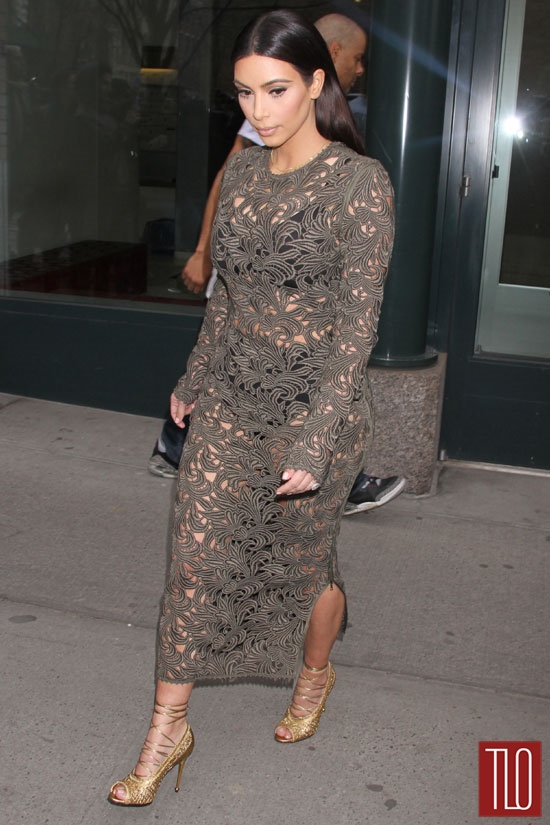 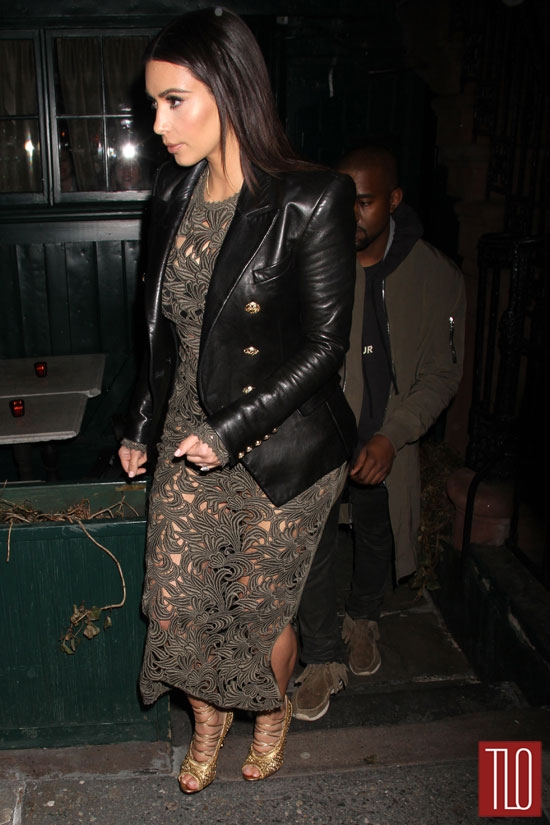 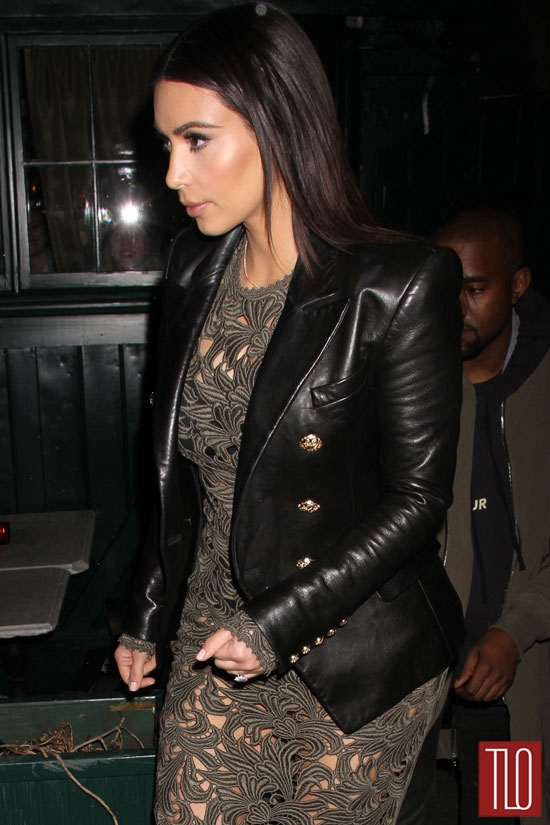 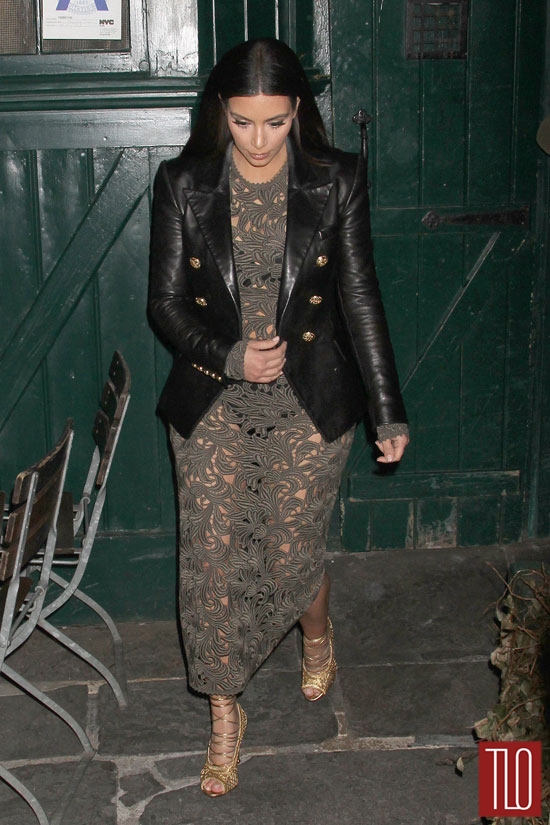 Last time we featured her making a night time talk show appearance, she wore pretty much the exact same type of outfit. Something about being invited on night time talk shows makes her want to flash her underwear. We wonder why that is. Oh, right. She’s Kim Kardashian.

This looks awful on her and the shoes are tacky-ass. We almost convinced ourselves it looks better with the jacket until we realized we were still looking at her panties. As for Vogue and an apparent audience with its queen, we can’t even. People keep asking us our opinion on and we keep directing them to Lorenzo’s meltdown on twitter when he first found out.

I need to step away from Twitter right now. L

Kim on the cover of Vogue is the culmination of the last decade+ of melding the world of fashion with the world of celebrity. Eventually, the classy Cate Blanchett covers no longer excite the market and it turns to increasingly apparent stunts.

Then again, Anna never did manage to make Sienna Miller happen. Although we suspect the outcome would’ve been different if Sienna had been married to Kanye.