The Killing Episode 4: A Soundless Echo

We’re one for one!

That is to say, we’ve made exactly one deduction so far – that Sterling was the girl in the phone video wearing Rosie’s wig – and we got it exactly right. Excuse us while we preen. Of course, it was fairly easy to figure out, but we’re very reluctant to throw out too many theories because, well… who wants to be proven wrong in front of an audience? Clearly, like all good murder mysteries, the show is going to be throwing out a lot of red herrings until we get to find out whodunnit. Knowing that, we’re much less likely to do any real deducting until we’re further along in the story. Last week’s episode closed wit 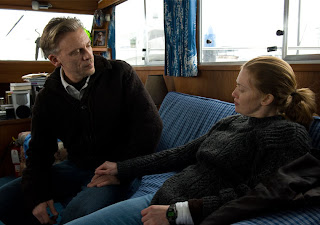 h the suggestion that Jasper and Kris raped Rosie on the night of her murder. This week’s episode quickly showed us why that was an incorrect assumption and ended with the spotlight on another character who seemingly had a suspicious involvement with the dead girl. We can’t say either way whether Rosie’s teacher Bennett will turn out to be a prime suspect or merely a teacher who had an inappropriate relationship with a student, but the message has been sent loud and clear: don’t believe everything you see. Remember the first episode, with the “Honey, you have to come home now” and surprise farewell party fakeouts? A less charitable take would criticize the show for becoming tediously formulaic too early, but we’re willing to give the creators a little more rope and, for now, characterize it as an ongoing motif. In other words, it’s one of those murder mysteries that’s about murder mysteries as a genre; indulging in the tropes and cliches deliberately.

Bearing that in mind, let’s put aside the question of the inappropriate teacher for a second and look at some of the other revelations slipped into the episode. Kris all but states outright that Holder is a junkie. Could be; but we were already led once to believe he was sharing pot with teenagers and that turned out to not be true (or at least, that’s what we were told). Linden apparently has had some sort of issue in the past; the implication being that she becomes obsessed with “dead girl” cases. Obviously, there’s a much bigger story there and we look forward to hearing it because, as wonderful and nuanced as the performance is, after 4 hours we’re starting to wonder why the hell she’s so morose all the time. Obviously, we don’t expect the character to be laughing her way through a murder investigation but we’re glad something has been said to explain her long silences and seeming emotional involvement (she was practically in tears after showing the Rosie video to Kris) in this case. We’re still less-than-intrigued with her relationship, or in fact her entire personal life for that matter, but patience is obviously going to be the name of the game with this show and the intensity and high quality is enough to keep us entertained for 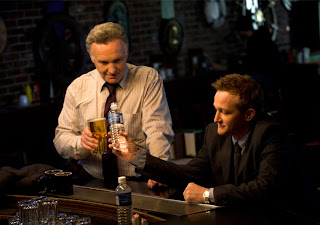 Having said that, there were parts of last night’s episode that seemed pretty weak to us; a first for this series. First, the Larsens accidentally being exposed to Rosie’s autopsy pictures was just too unlikely to be believable, not to mention clumsy from a narrative perspective. There’s enough misery porn on hand just watching them pick out coffins and burial dresses. There’s a beautiful universality to these scenes which evoke strong emotions in any viewer who’s ever grieved. We didn’t need more horror piled on top of them and if the point was to get them to distrust Linden for lying to them (something we saw coming the very second she uttered the lie), there were better, more sensible ways for them to find out that Rosie did, in fact, suffer.

Additionally, we found the revelation regarding Rosie’s teacher to be incredibly hammy in the way it was portrayed; both detectives finding it out simultaneously through character-enlightening methods; he through exhaustive leg work (if you can call riding a bus “leg work”) and she through her superhuman intuition. Like we said, maybe they’re deliberately indulging in the cliches of crime procedurals, but that may have been a bridge too far for us. There were better ways to get this information to the viewer. In fact, the writers should have thrown Holder a bone and let him figure this one out by himself.

Also, all that blood in the cage was from Sterling’s bloody nose? And Linden believed that?

But that’s it. Those are the only criticisms we have. Everything else is percolating at exactly the rate that entertains us; little bits of information popping up here and there and deepening the story and the characters. We’re not even close to forming an opinion as to who the murder is, but we’ve decided the bullet points will serves as Wild Theory Gulch from now on (as will the comments section). What the hell, let’s throw it all out there.

* We doubt the teacher could have afforded to give Rose a 2 thousand dollar pair of shoes. He seems to have had an inappropriate relationship with Rosie, but unless the writers are going to reveal her to be a lot sluttier than any character knew, we’re leaning toward the idea that they didn’t have a sexual relationship and whoever gave her the shoes is the real secret lover in the story.

* Of course, the shoes point to Councilman Richmond, right? Or maybe that douchey rich guy who just wrote him a check? Either way, it doesn’t seem to us that the Richmond campaign is in the story just to provide context and color to the murder. Someone in that camp is directly involved. We sure would love to see a picture of the late Mrs. Richmond. If she had dark hair and big brown eyes, well… 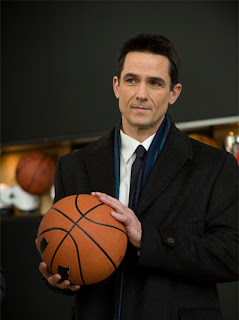 * In other Richmond campaign news, Jamie turns out to have been planted in the Mayor’s campaign by Richmond himself, another red herring. We still think he’s pretty shady, though. Then again, Gwen turned out to be Charles Widmore’s daughter, so that makes her look uber-shady in comparison.

* Stan Larsen has a criminal past. Well, of course he does. There were hints at the beginning that this family had an uneasy relationship with cops and we’ve been saying all along there was more to these characters than their grief. We have no idea where that revelation is going to lead, but if there’s an attempted political assassination coming up, let us just be the first to say “Holy shit.” After all, the only info he has is that she was found in a Richmond campaign car. If Linden were to tell him that Richmond had nothing to do with it, he won’t likely believe her after she lied about how his daughter died.

* Sterling really bothers us. She’s clearly a deeply damaged girl who resented Rosie enough to shoot that video. We doubt very much that she’s told the police everything she knows. There’s more going on there.

* Michelle Forbes is going to get the Emmy.

Previous post:
All On The Line S1E3: Between The Sheets Next Post:
Glee Season 2 Episode 17: A Night of Neglect