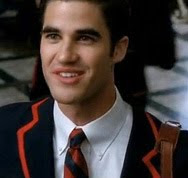 “No. This is my hill to climb alone.”
In recent weeks, there has been a rhetorical explosion around the concept of bullying, especially gay bullying. That’s a good thing, of course; a very good thing. Tragic that it took a flurry of young men taking their own lives in the wake of others’ cruelty and prejudice, but it put the topic of gay teenagers on the national agenda in a way we haven’t seen for some time, if ever. The problem is, when a topic like this is given a little sunlight, people think they know all they need to know because they read a couple of articles or blog posts about anti-gay bullying and subsequently the public has no real concrete solutions nor does anyone do any real work addressing the issue (Did you wear purple to show your solidarity? Did you shoot your YouTube video?) before interest wanes and the topic gets shunted aside. Do we sound cynical? Then we sound cynical.

While the topic was on everyone’s mind, there was a lot of discussion about what we all can do to reach out to gay kids to let them know things would be okay. We don’t mean to disparage the “It Gets Better” project because its heart is definitely in the right place. Thousands of people making videos telling gay kids it’s going to be okay is not anything we’d ever put down. However, it has always struck us as a well-meaning effort with limited effect. Teenagers get their social and personal cues from some fairly slick media machines. YouTube videos may make a dent, but if you really want to reach those gay kids and give them the sense that life is worth living, the only thing you need to show them is this:

To the straight people reading us: remember high school? Remember your favorite songs and movies, TV shows and music videos from that period? Imagine if all of that media bombardment telling you what to like, what to wear, and how to be attractive, popular, and cool, imagine that all of that aimed for and addressed everyone else but you. Imagine what it’s like when every sappy love song (or angry breakup song), every rom com, every trendy TV show and blockbuster movie, even every video game, imagine if they all depicted a form of romantic love that simply isn’t available to you. Imagine going through high school without even so much as a hint of yourself reflected in any of the things you watch and listen to, any of the things that literally every other kid is talking about. Imagine the one thing you want more than anything in the world: to be kissed, please god, just to be kissed, imagine you have never seen that depicted anywhere or referred to in any way but as something to be mocked and shunned.

We grew unexpectedly teary-eyed watching this number. Not because sappy teenage pop songs get us worked up, but because the sight of a sappy teenage pop song being sung by one cute teenage boy to another cute teenage boy is still, sad to say, an extreme rarity. All we could think while watching this number was, “My god. What would it have been like to see this at 14?” To have the media offer up a romantic fantasy that actually reflected what we secretly yearned for.

And Blaine is definitely a romantic fantasy, the kind every single teenage girl has seen over and over and over again: the devastatingly cute guy who is talented and sensitive and understands our heroine and her quirky ways. The kind that we all roll our eyes at now that we’re adults. There’s a reason he’s singing a song called “Teenage Dream.” It’s because he is one. Sure, teenage romantic fantasies are inherently silly to adults because they come from a place of such inexperience and naivete, but they serve an important function in the sexual development of kids. They train them to dream about the best possible outcome. Just as they’ve been trained their whole lives as to how to make that outcome happen.

Adults train kids to become sexually mature in a manner they approve of. We clap and laugh over all the little moments meant to prepare them for this; we give them gender appropriate toys that will prepare little boys for a manhood of tools and trucks and little girls for a womanhood of kitchens and babies, not to mention makeup and high heels. We take “kissing cousin” photos of little boys and girls mimicking grownup sexual behavior and proudly frame them or put them in our wallets to show strangers because children mimicking adult sexual behavior is adorable (so long as it’s the correct sexual behavior). We teach little boys that they’re not supposed to cry and we teach little girls to spend their lives wondering what men are thinking of them. The second the physical aspects of sexual maturity start sprouting, we organize social events to push them toward each other; first, the fumbling and terrifying middle school dances, then the process gets increasingly formal the closer the kids get to maturity: freshman dances, sophomore dances, proms and homecomings, all to push them toward that aisle, and the socially approved method of romantic love and baby-making.

Gay kids get none of that. Not one bit of it. The fact of the matter is, bullying is the natural result of all that socializing that reinforces heterosexuality as the norm and everything else as… well, so under-represented that it might as well still be a taboo. Teenagers see thousands of murders depicted onscreen by the time they reach 18 but most of them never see a boy kiss another boy or sing him a sweet love song. You want to prevent gay kids from killing themselves? Push for more scenes like the above. Giving a young gay boy the dream that someday Prince Charming will come and sing a love song to him? You cannot imagine. You simply cannot imagine how revolutionary such a thing is.

We’re sorry, folks. We know other things happened this episode and other songs were sung. We know you’re expecting a recap of those moments, but for us, and we pray to God for thousands of gay kids out there too, there was only one moment in last night’s show and it left us a little breathless and on the verge of tears. We’re afraid the rest of you are going to have to recap the episode for us.

Here are some points of discussion.

* Chris Colfer should get an Emmy nomination for last night’s work.

* We don’t know what to think about the closeted jock. We’ll admit, we didn’t see it coming. Kudos to the writers for realizing there’s more than one kind of gay kid.

* We don’t want to give Coach Bieste short shrift here. Her story was no less touching than Kurt’s and she played her scenes beautifully. The kiss from Will was a little condescending though.

* Aside from “Teenage Dream,” the numbers were just okay.

“I ain’t picking up trash along the freeway. That’s ghetto.”

“I’ll tell you what. You two show up at Breadstix tomorrow night around seven, and if we don’t find hotter chicks to date tonight, we might show up.”

“You are totally cool.”

“You should be our nation’s President.”

“It finally occurred to them to stop singing all that nonsense about how awesome it is to be alive, or ugly, or whatever the point is you guys are always trying to make.”

“Can I just say, this is what happens when people don’t put out. If everyone would put out we would have a winning football team.”[Screencap: tomandlorenzo.com – Video Credit: hulu.com]

Previous post:
Boardwalk Empire: S1E8: Hold Me in Paradise Next Post:
The Walking Dead: “Tell It to the Frogs”