Home » Television » RuPaul’s Drag Race: Rock Out With Your…

RuPaul’s Drag Race: Rock Out With Your… 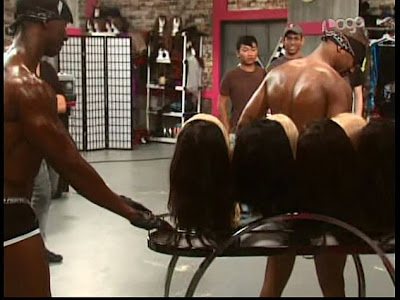 Kittens, they are just not using enough of the pit crew this season. Tsk. 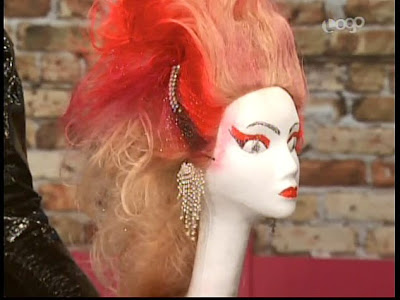 Tyra
We thought it was cute how Ru reacted to Tyra’s laser focus on Beyonce. Yeah, she needs to get more of a cultural education but who better than Ru could understand a 21 year old queen’s obsession with the current fabulous black diva on the stage? Still, it was kind of a lame wig. 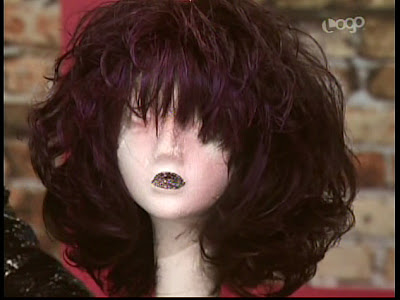 Raven
Ru nailed it when she dubbed it “Rocker Mom.” We were leaning more toward “that one rough-looking girl that works at every bank,” but that might just be a Philly thing. 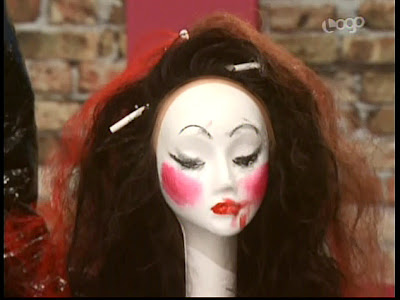 Tatianna
It’s not bad. At least she went there. We would have assumed a more polished Britney-esque take, but she managed a sort of authentic look. 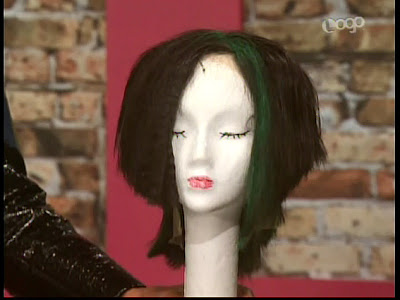 Oh, honey. Sahara really is a sweet thing, but the longer she’s in the game, the more her limitations are revealed. This is like something the troubled “punk rock” teen character would wear on an episode of Murder She Wrote. Bless her heart. 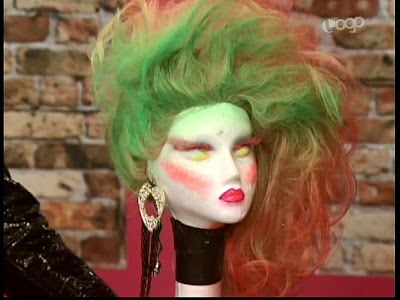 Jessica Wild is old-school fabulous. It really took us a while to get what was keeping her in the competition, but she’s a tough, game girl and she brings an old-fashioned point blank glam that Ru can’t help but respond to. Jem and the Holograms? Perfection. 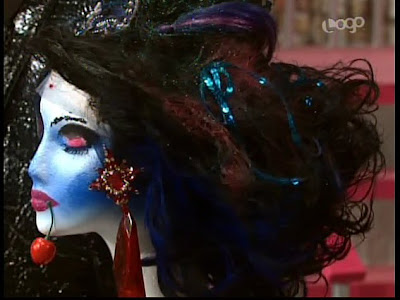 Jujubee
It was a mess, but she saved it with a quip when she said her problems started the minute she got the wig. Once again, that’s the kind of “old fashioned show biz broad” stuff that Ru loves. 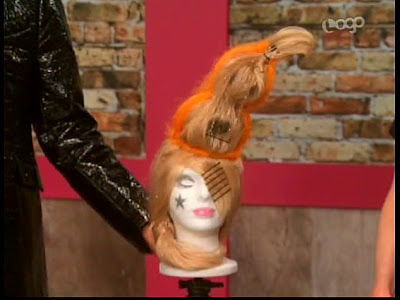 Pandora
We’re not sure who we would have given the win to, but Ru chose Pandora’s, which surprised us. Then again, next to Jessica’s, Pandora’s was the most “drag.” The others were going for a realness that presumably Ru wasn’t looking for. Besides, this has a campy Kate Pierson quality to it that, once again, given Ru’s career and background, he can’t help but respond to.Hey, why haven’t Kate Pierson or Fred Schneider been on this show yet, come to think of it? 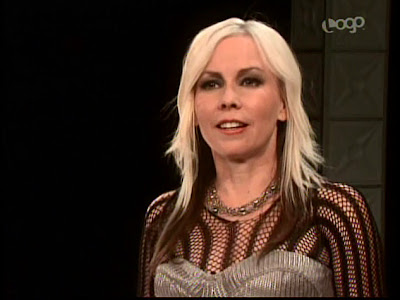 Instead we got Terri Nunn, and hey, no complaints there. Several thoughts occur. One: Wow she looks really great. Two: Man, it must suck having to wear your signature hairstyle 25 years later. But she was fun and really into it and she gave good advice to the girls.

In fact, we really liked this challenge, forcing them to sing. At first we were thinking we were going to be sitting through nothing but cringe-inducing scenarios, but it really did become about learning to step outside yourself as a performer. And besides, the whole competition is based on the career of RuPaul who, hello? Has put out how many CDs? The girls should have seen this one coming. 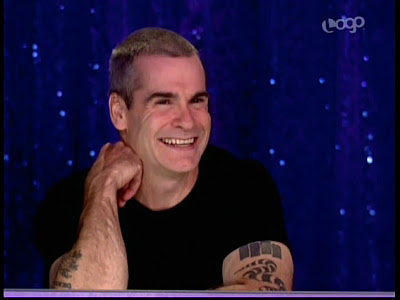 Plus…SWOON. Henry Rollins always has and we suspect always will make us a little weak-kneed. He’s just the total package of hot man and cool, expressive guy. The only speed bump in this fantasy is his unfortunate heterosexuality, but we’re not banking on the opportunity ever arising anyway, so a potent and recurring fantasy it remains.

Who do you think was moister sitting on that judging panel with him, Merle or Santino?

Okay, all rocker chicks to the stage, please! 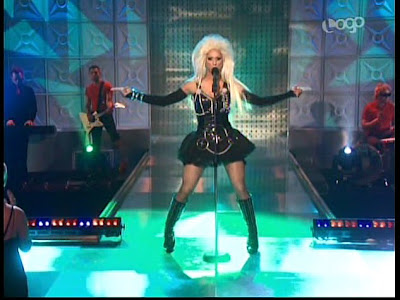 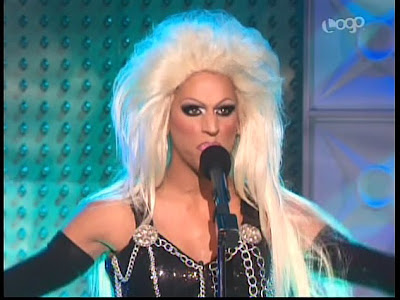 BROUGHT IT. This is what we mean about her. Her talents aren’t apparent on the surface, but you keep putting her through her paces and she keeps delivering. She’s plucky. 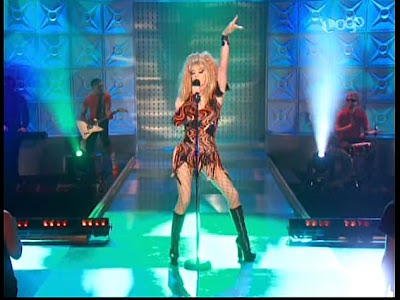 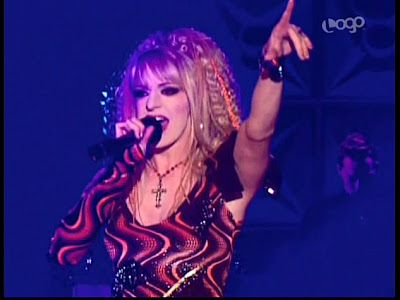 But not as plucky as plucky little Pandora Boxx, who also BROUGHT IT and kicked ass on the song, knowing full well she didn’t have the voice for it. Henry loved her performance and frankly, his opinion mattered the most to us. Plus her “Rock on, bitches!” charmed the judges. 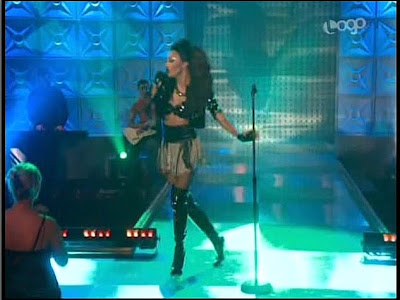 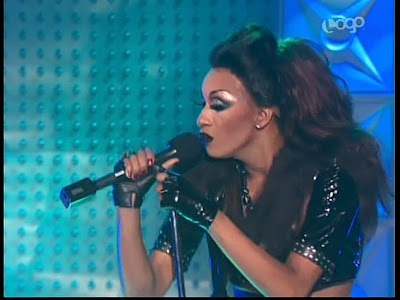 Painful. It’s the RuPaul’s Drag Race equivalent of that moment in a Lifetime movie where the churchgoing runaway teenager is forced to take her clothes off onstage for money. The drag equivalent of watching Bambi get shot. 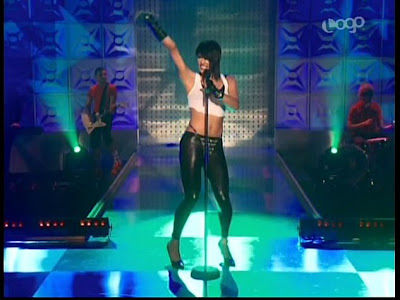 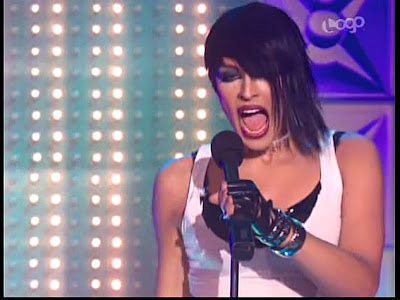 And here was Tatianna, giving us the triumphant “I am Woman, Hear Me Roar ” moment. Tati is another one who might not seem very versatile at first glance, but somehow pulls it together by force of will. She refuses to be mediocre in this competition no matter how far outside her comfort zone she has to go. 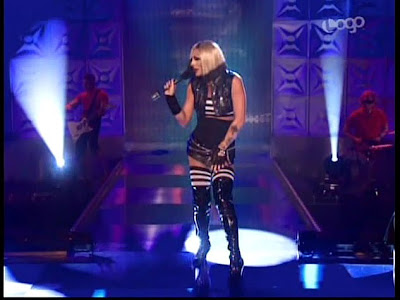 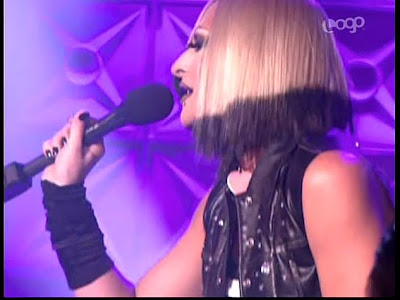 Also brought it, we have to say, somewhat reluctantly. The whole flirting thing with Teri Nunn was weird and made him a little cocky going into it, but in the end, the performance was what it was all about and Raven’s was pretty close to perfect. 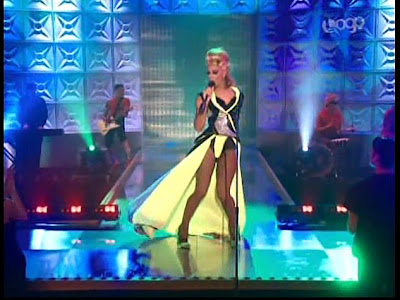 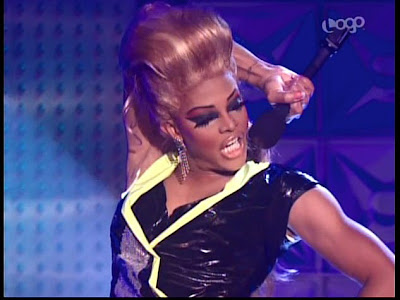 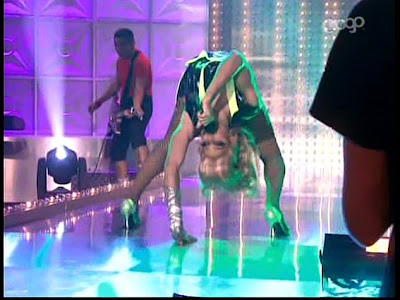 Let’s break this down: Beyonce, singing in a deep monotone as if she was overdosing on Prozac and male hormones, twirling around and breathlessly attempting to finish a song as if her life was in danger.

If that doesn’t say Emmy…darlings, what does? 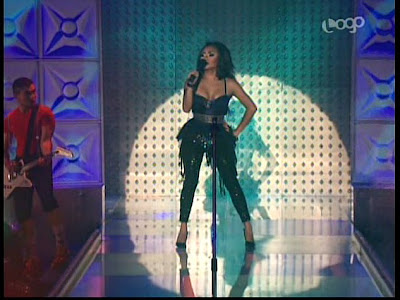 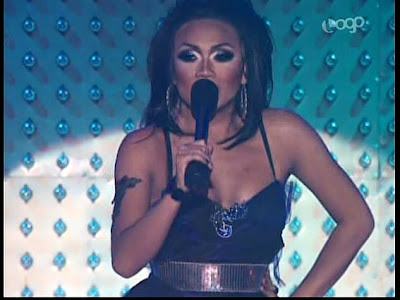 Poor Jujubee’s crash and burn would have been equally as hilarious except we really want that bitch to win for once. We think she’s got it in her. Apparently she had it in her for this challenge but then she had to bring her deceased father into it and while we sympathize, that’s a hell of a weight to carry into a challenge. She tripped herself up and fell apart spectacularly. 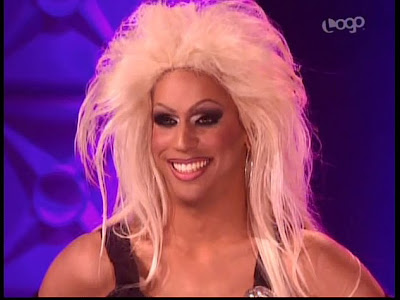 Jessica Wild wins it and while we would have given it to Pandora, we can’t really argue against this win. 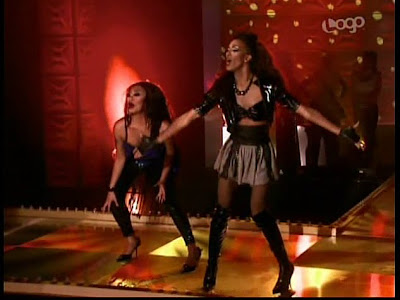 Sahara and Jujubee rightfully have to lipsynch for their lives to “Black Velvet,” prompting Lorenzo to say ‘Oooh, I love this song!” and Tom to reply in horror, “Who ARE you?” Anyway, Sahara’s princess ballerina routine has its limitations and ran into a wall on this final attempt. We were sorry to see her go, but it’s a reminder of how tight the competition is now getting. We’re down to the cream of the crop.