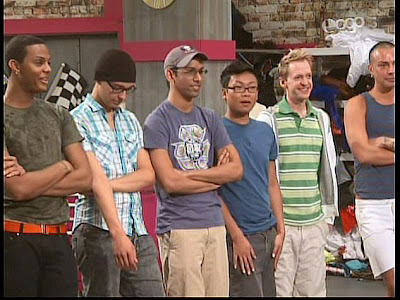 Gotta love this show for its seamless tongue-in-cheek meta-commentary. In an episode practically dripping with product placement and book plugs, the dolls had to master the art of being a product spokesperson while also plugging a book. That’s actually kind of brilliant.

But first, these bitches need to do a little shade-throwing. 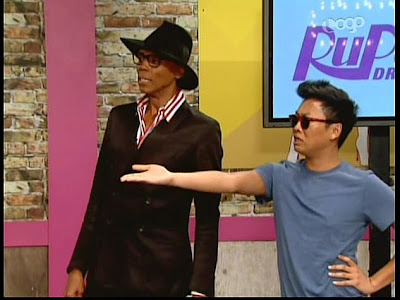 Most of the queens were embarrassingly disappointing. But ooh, girl! Miss Jujubee read those bitches for filth! God bless little asian bitch queens. 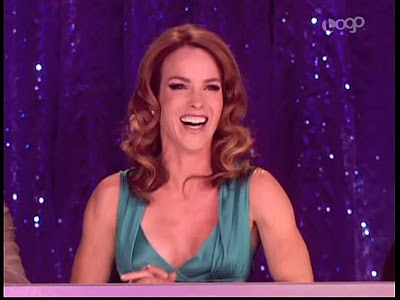 Who was this bitch and when can we meet her for drinks?

“It was basically so bad that I wouldn’t change a thing.”
“She was hilarious but not on purpose.”

Best guest judge we never heard of, ever. 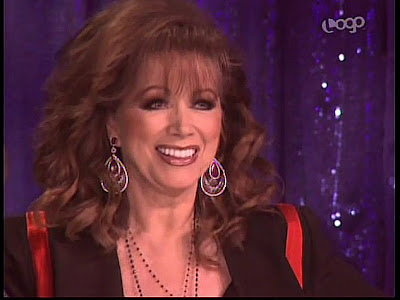 She was fun, but we found ourselves wishing they’d had a double Collins judging panel last night. Could you imagine the bitchery with Joan AND Jackie on the same panel? Those queens would be nothing but little puddles of glittery tears by the time it was over. 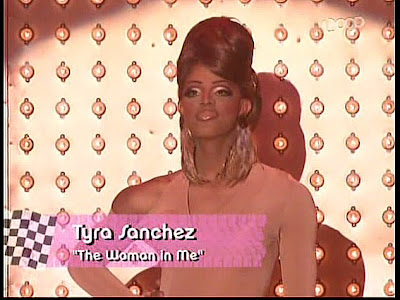 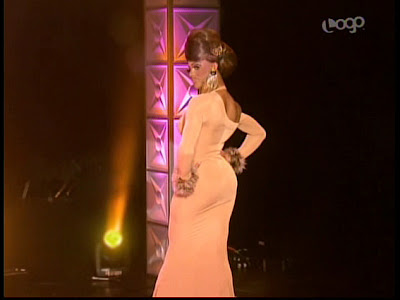 Great look, but points deducted for poor padding skills. Merle must have been shitting herself over Tyra’s outfit’s transformational abilities. 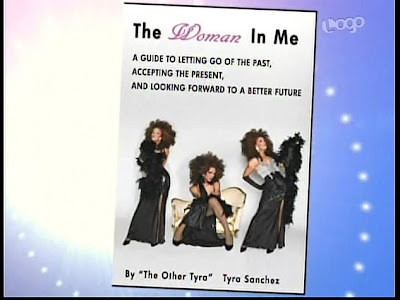 It’s not exactly a shock that Madame President of the International Beyonce fan club takes herself a bit too seriously. The pictures are pretty good, but the title sounds like something you’d see on a pamphlet in a 12-step program. 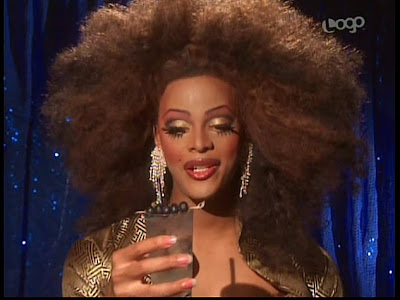 Girl needs to work on her polish. Then again, you could say that about almost all of them. Doing press is hard and it takes a certain skill set. The problem with the media is, you need to master that skill set almost immediately or you’re out. 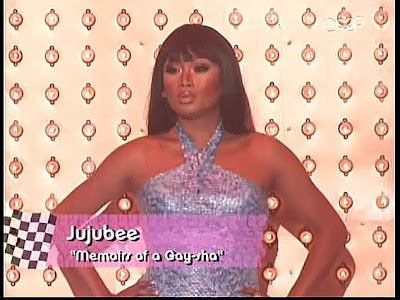 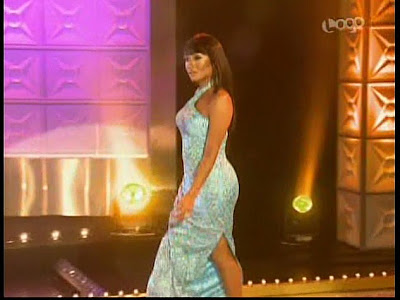 Loved all the popping and locking she was doing on the runway. We kind of felt the dress could have been more, but we almost always feel that way about her outfits. 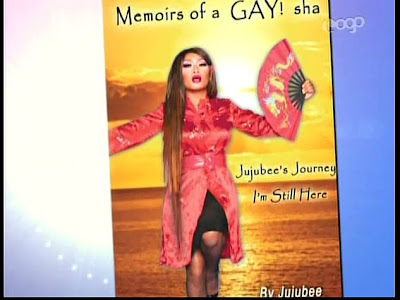 Loved the title, but here’s the thing: How much control did the girls have over the design of their covers, other than the title and the picture? Because that background makes this one look like a religious pamphlet. Or an ad for a massage parlor in Chinatown. 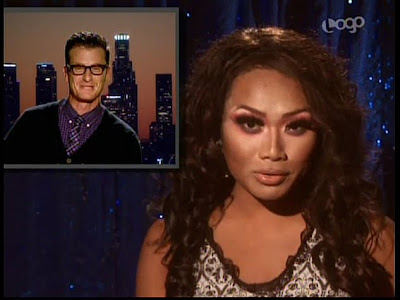 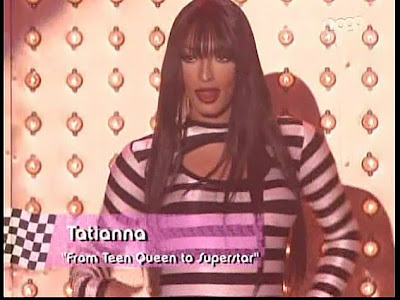 And then there’s Tati, who’s kind of the opposite of everything we just said. 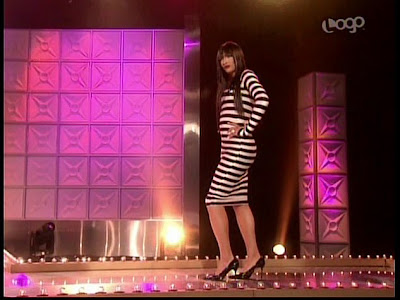 That dress is truly awful. 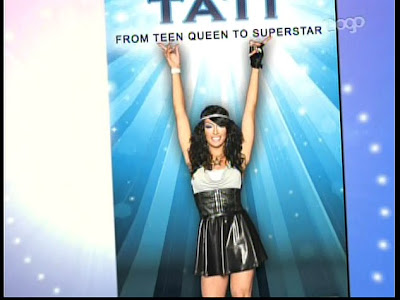 Jesus Christ, what is it with the pamphlet covers? This looks like something a teenage girl with low self esteem picked up in the school nurse’s office. 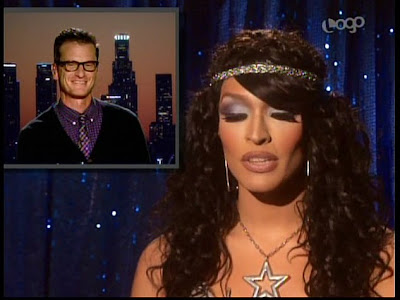 Unsurprisingly, the only product Tati managed to hawk in her interview was herself. As she went on and on about how beautiful she is, she completely forgot to mention either of the products she was required to. She’s young and she’s a little self-absorbed. She’s got a ways to go before she can call herself polished. Just being pretty isn’t always the most important aspect for a drag queen to have, unless she’s turning tricks with wealthy businessmen. 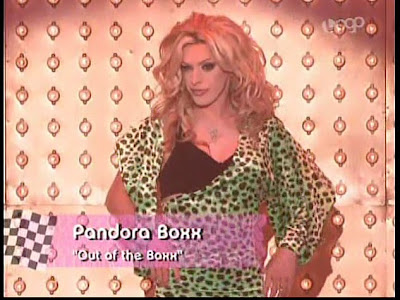 Oh Pandy. What are we going to do with you? 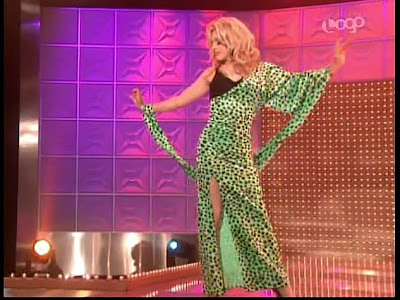 Honey, we get that you’re doing more of a Carol Burnett (with a little of Goldie Hawn) kind of drag and we appreciate that, but the judges obviously think you’re still not bringing it to the runway the way you should. We groaned out loud when you came out in this hideous thing. 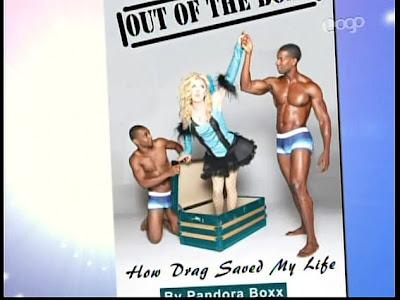 On the other hand, the book cover and title were super cute. 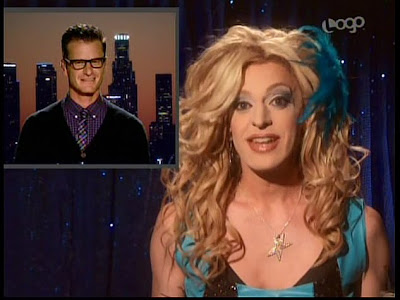 And she was good, if not great in the interview. She had a little polish, but she forgot to say Absolut, which pissed off the cute little Absolut Elf judge. 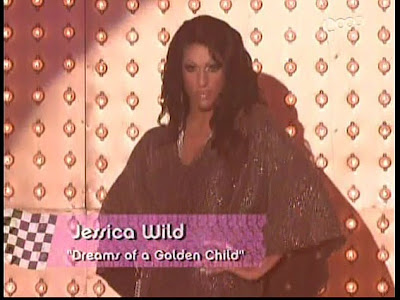 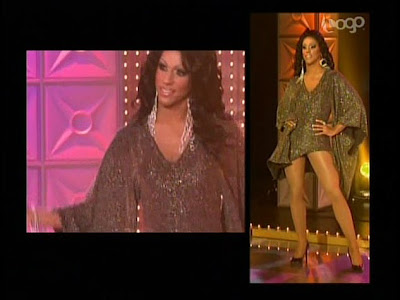 Loved this look, but in every other area, girl was a MESS this week. 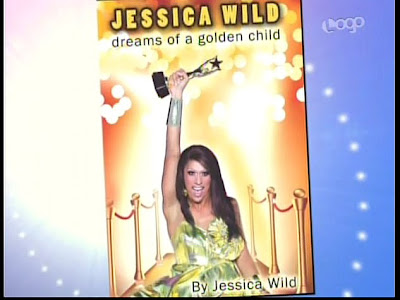 Another one from the school nurse’s office. A little multi-cultural/women’s health double header entitled, “Don’t Get Pregnant, Chica! You’re a STAR! ” 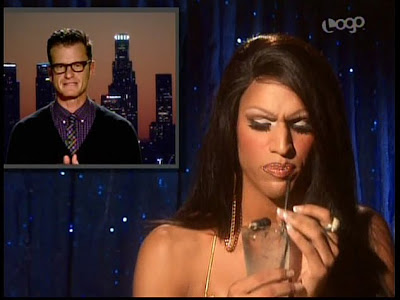 Once again, another submission to the Emmy reel. Please hold your applause to the end as we watch a semi-drunk, nervous Puerto Rican drag queen with rudimentary English skills attempt her first satellite interview. Raw and riveting stuff that will be talked about for generations to come. 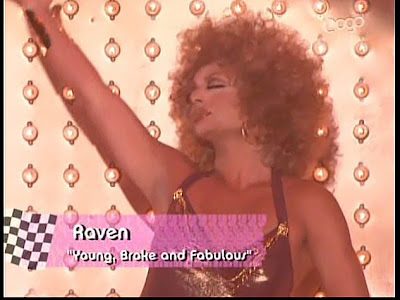 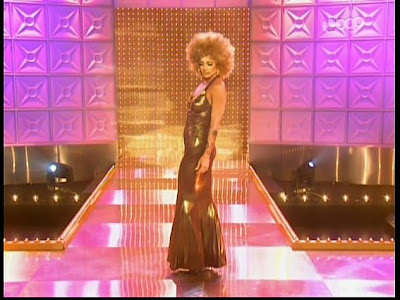 Raven definitely brought it this week, but we have to say, this is one of our least favorite catwalk looks for her. The judges loved it, though. 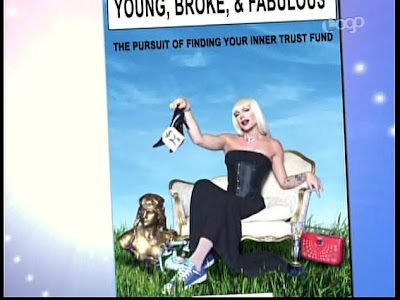 Her book cover was truly fabulous. It was a fully realized concept, from title to props to pose, making it look like a real book cover. 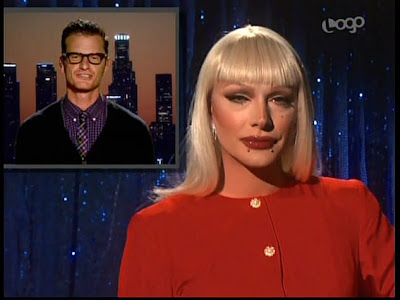 And we have to say, we weren’t fond of this look either, but she nailed it on the product placement, mentioning her own book title 3 times during the interview. 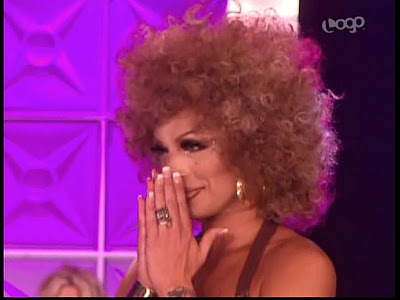 So Raven wins it and we can’t argue with that. Even if she didn’t quite have it in the looks department this week (in our opinion), she was the most polished of all the girls all the way through the various aspects of this challenge. 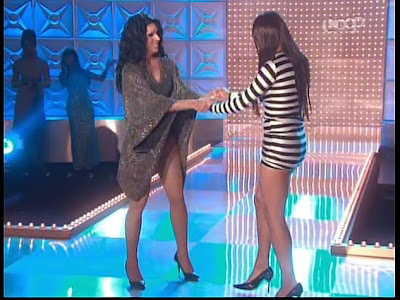 Jessica and Tati have to LSFTL and right away we know Jessica’s going home. They’re both a bit light on the talent front and they both show their star potential by not letting a little thing like that stop them. But the bottom line is, Tati’s just more polished than Jessica is.