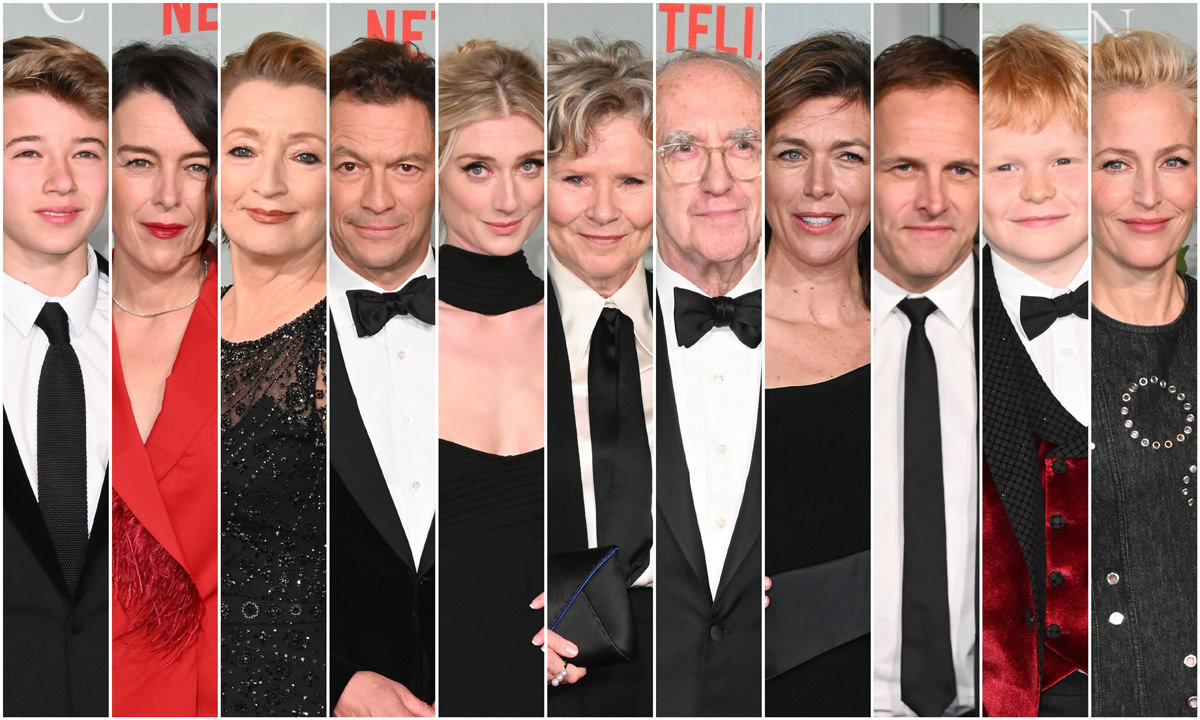 The fifth season of The Crown has officially kicked off. You can read our recap of the first two episodes right now and listen to our spoiler-free podcast take on the season either later today or more likely, first thing tomorrow. For now, let’s judge how the new castmembers did on the red carpet, shall we? Color was apparently not on the style menu. She’s really great – and criminally underused – as Princess Anne this season. Love the dress, but it’s a bit tight up top and the style calls for better hair and makeup than that. The jacket’s too big on him and his hair’s a mess. Dominic, this should have been an easy one for you. The royal press have already decided that this was an homage to Diana’s dress at the 1987 Cannes Film Festival, but we think the similarities are fairly thin. We don’t love this design, largely because it sits way too low on her bust and doesn’t really photograph all that well. Given her facility with eye-popping fashion, this was a bit of a disappointment. We don’t think you can wear a remembrance poppy on a strapless gown. She’s just there to support the team, so as a “Not my night” kind of dress, this is actually pretty great. LOVELOVELOVE this. What a spectacular and stylish way to set yourself far apart from the role. There isn’t a trace of Elizabeth to be found anywhere here and that’s clearly how she likes it. Not too crazy about the tie situation, though. If she didn’t want to wear a standard men’s tie (which we can understand), then some sort of pussy bow or even a string tie would’ve worked better. He’s fine. Gets the job done. Can’t argue with it, even if we do think the pants are too long. We’re going to go out on a limb here and suggest Jonny Lee Miller doesn’t love posing on red carpets. This is all fine, but too sloppy for such an easy outfit to wear. We also think it may be time to retire the comb-over, Jonny. This is gorgeous. We tend to rail against black gowns on red carpets, but so long as you give us something interesting to look at, the lack of color isn’t an issue. This has a lovely elegant quality which really suits her. She looks like she’s growing moldy. The “stick feathers on anything” fashion trend has got to die. L’il William is rocking a pretty great tux. Baby Harry looks adorable in his red velvet. All fit issues are suspended for people who are likely to outgrow these clothes by next week.