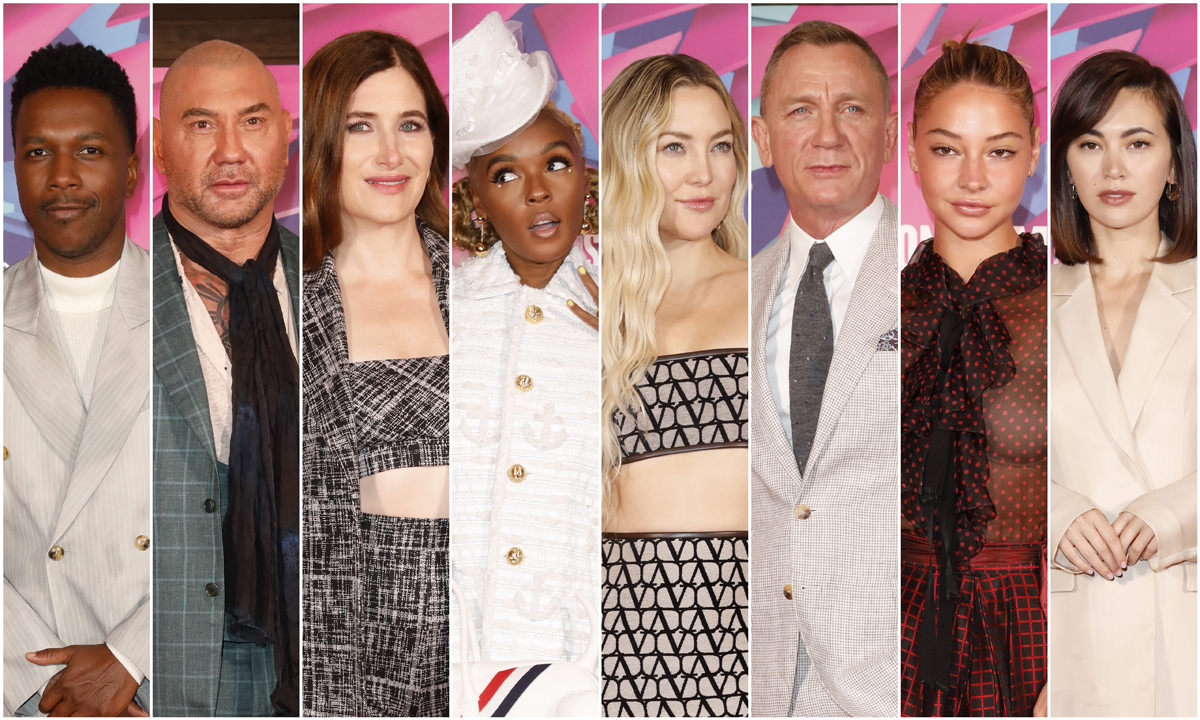 Did the cast of Glass Onion: A Knives Out Mystery coordinate their ensembles in advance of the film’s photo call at the BFI London Film Festival? Given the array of beiges and other neutrals, it certainly looks that way. Even if they didn’t all agree on a style theme, it’s clear that they all agreed to step their games up for this promo tour. We are happy to report that Daniel Craig is still going to wear tight little suits even after his Bond days have ended. We can all breathe a sigh of relief. This seems a bit more summer-appropriate, but it still looks great on him. Far be it for us to suggest a man shouldn’t exhibit a little flair in his style, but we don’t think the scarf works; not with the bare chest and not with a neck of those proportions. It doesn’t help that it doesn’t coordinate with the rest of the look in any way. The suit looks great, but we suspect if we could see more of that shirt, we wouldn’t love it. We love you, Janelle Monáe. This is an interesting design, but the bland color really works against it and washes her out. It just looks like Valentino told her that the best they could do is send over some swatches. Also: those boots don’t go and they look a little dingy. It feels like the Big Suit trend is going to burn itself out sooner rather than later, judging  by the way they’re quickly accelerating in growth. Or maybe all the stars are shrinking in size and no one’s willing to talk about it. Either way, we think this is the worst of the beiges on this red carpet. On the one hand, it’s a refreshing shift away from the neutrals. On the other hand, we don’t like the style, the textiles don’t coordinate well and the sheerness of the top looks silly rendered in that style.