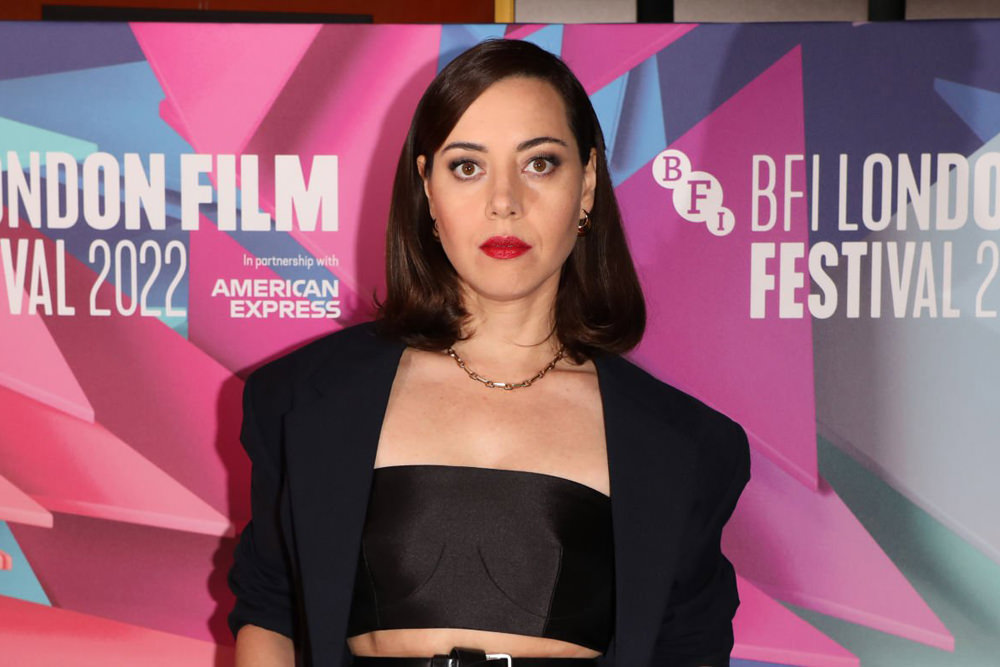 It’s funny how a little bit of coffee can change your perspective on things. We offer the following look, worn by Emily the Criminal star Aubrey Plaza at the film’s BFI London Film Festival premiere, as an argument against having editorial meetings at seven in the morning. You see, in those hazy, barely caffeinated moments early in our work day, we settled on this look to do a middle-of-the-day “IN or OUT” post. “It’s interesting!” we reasoned at the time. Now, having ingested far too much caffeine and looking at it again with clearer eyes, we are forced to admit that we completely lost our minds this morning. There’s NO WAY we’re putting this one up to a vote. It’s not “interesting,” it’s terrible. Belts on bare skin always look dumb to us, but this menswear style belt is both too heavy for the style and painfully too tight on her. Who on earth would want to cinch their bare waist with a leather strap and then pose for pictures? Look at her face! She’s traumatized. Someone needs to help her. Also: that bandeau top is kind of awful, with its sad little barely-there cones, and the pants are enormous on her. Everything about this look is ill advised or badly designed. It would be mean to put it up to a vote. This should not prevent you from expressing your thoughts on it, however. As if we could stop you.