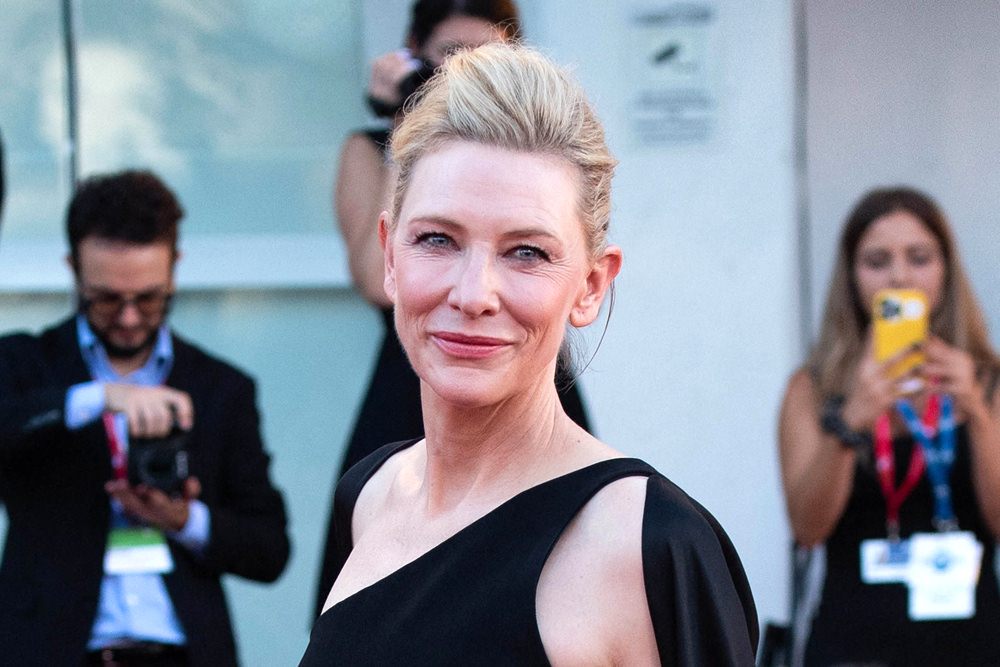 Good Lady Cate, taking a quiet, maturely confident victory lap in Venice. She picked up another Venice Film Festival Best Actress Award for her critically acclaimed role in Tár, so you can consider this an opening salvo in her Oscar campaign style. It’s giving Goddess of Death or Dark Queen and those are two roles with which she’s so familiar that it makes this the fashion equivalent of a comfy pair of shoes. We’re afraid we’re going to have to quibble about a few things. We would not have made her wrists the jewelry focal point, with sleeves like those obscuring them. This called for earrings rather than bangles. The head styling overall is pretty underwhelming, although we think she’s clearly going for a Serious Actress look rather than classic glam. Besides, that’s what her Armani contract is for:

See? This lady knows how to cover all the bases. She’s a pro.