THE LORD OF THE RINGS: THE RINGS OF POWER New York Screening The cast of The Lord of the Rings: The Rings of Power turned out some looks for the New York screening. Once again, there was a distinct lack of rings, however. Tsk. The fit is a little snug across the chest, but this really works for him. The color is unusual and it sets off his hair – which is fantastic – rather nicely. We would have put him in brown shoes and we think a t-shirt color a few shades further off from white would have been better. There’s too much going on in the design, but the shape is simple and the color is dazzling on her, so most of the more overwrought qualities fade away. Once again, we feel the need to praise any member of this cast who understands that now is the one time in their careers where wearing entirely too many rings is kind of the point. Even if we didn’t hate giant bows, we still wouldn’t be able to escape the impression that it’s giving “Sexy Angel.” Love the accessories, hate the frock. We’re glad he’s starting to loosen up and feel himself on the red carpet. This is a spectacular look. And yes, we see your rings, sir. 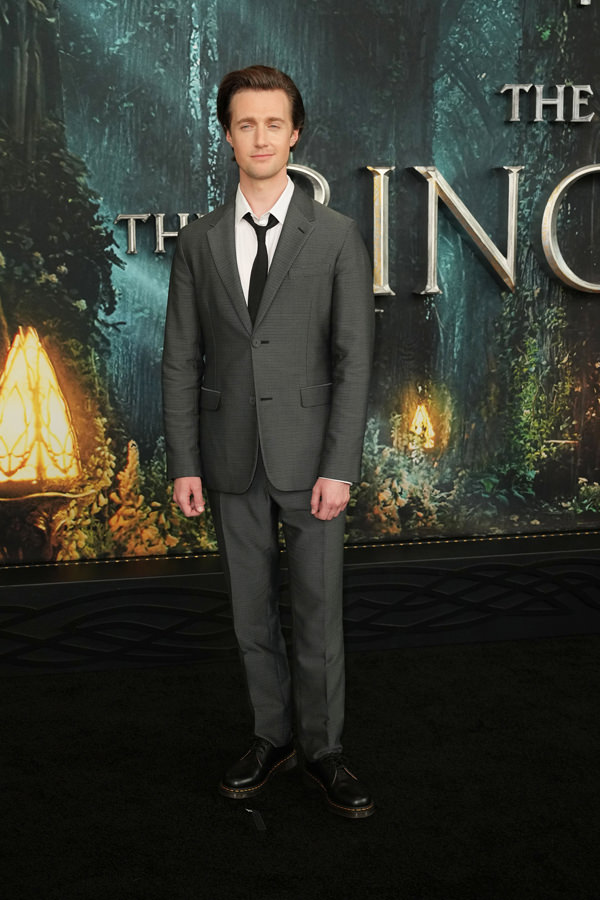 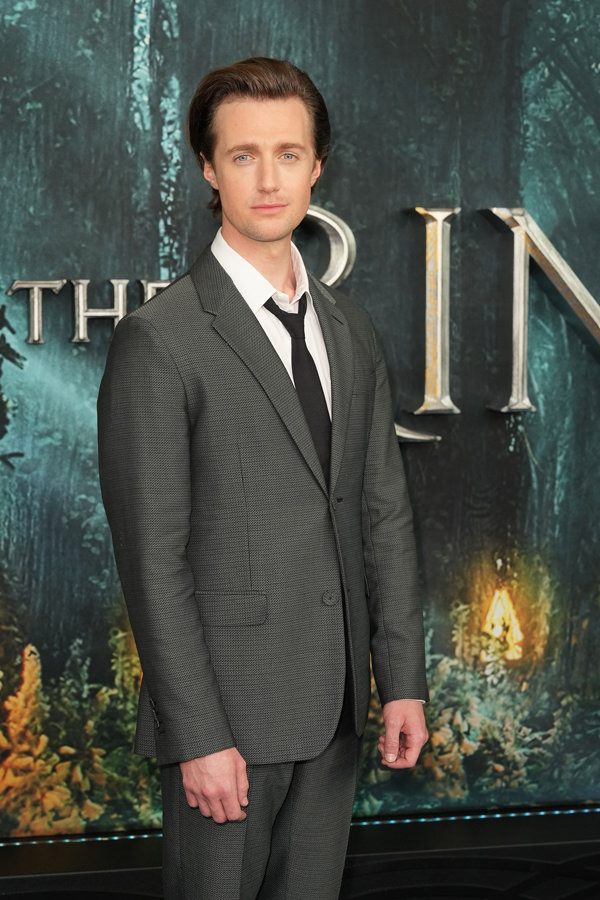 We’re afraid we just don’t get the thinking behind picking a clearly very fine, conventional suit, but trying to make it look edgy by styling it just a little sloppy. It doesn’t work. If you want to wear an unconventional suit, wear one. There are tons to pick from now and the biggest male stars are pushing that envelope left and right. But if you’re going to choose something that looks like bespoke suiting, you should just go ahead and wear it as intended. Love the shoes. They don’t go. A minor effort was made. We are recognizing that fact. 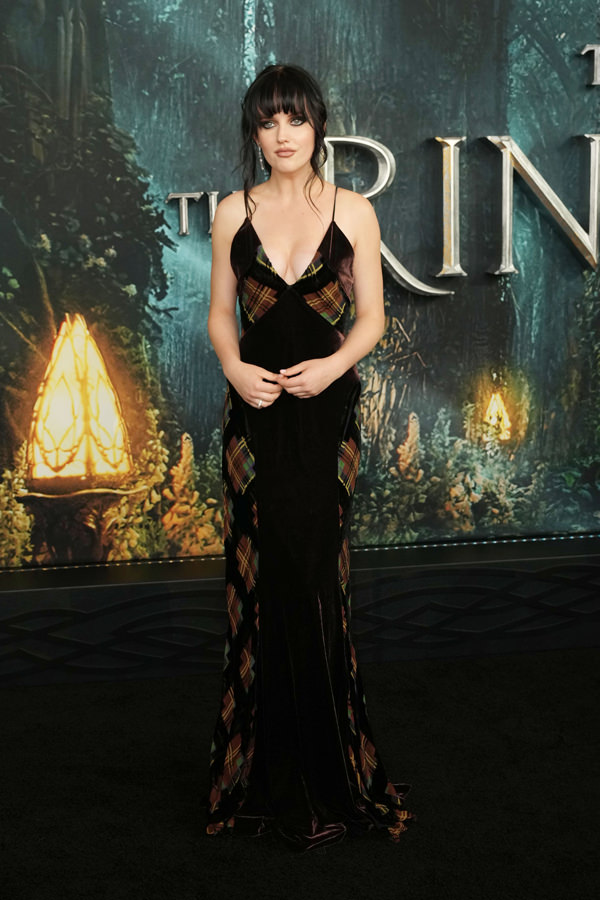 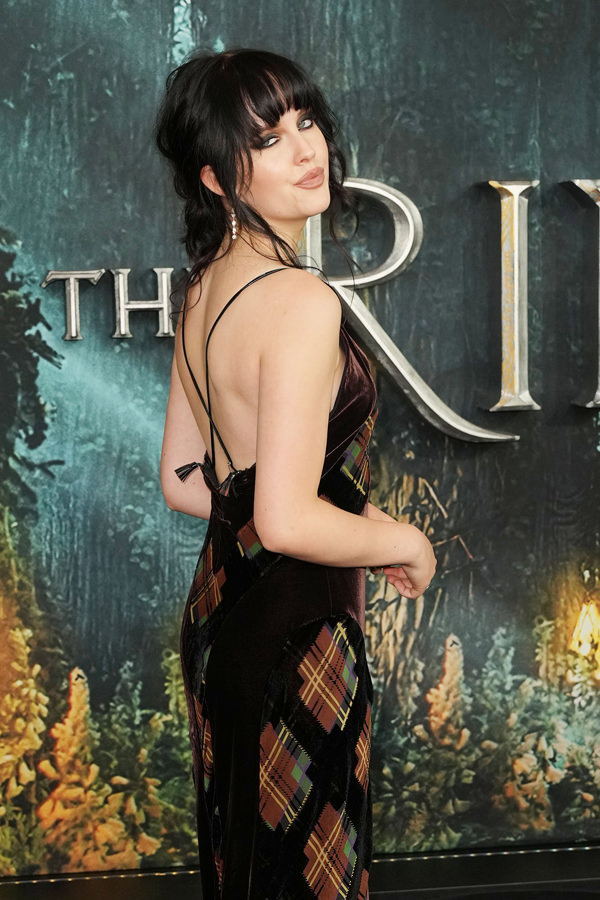 We love a girl who really loves to pile on the slap for a red carpet. The dress is kind of great, although we don’t love the color story, even if it does have very Middle Earth undertones to it. We fully support male stars trying out new ways of hitting the red carpet while remaining fashionable, but we feel pretty comfortable predicting that this will wind up in some sort of “What were they thinking” compilation post in a decade or two. This is really cute. We think Mary Janes can be a little too precious at times, but she seems like the gal for them and we like how they play with the smartness of the coatdress. Seems a little heavy for August, though. Why Galadriel. We’re honestly a little shocked to see you pick this moment to go dressy casual and low-key. Girl, you should be sparkling to beat the band right now. Like so. She always brings the glam. We love the textile, but we hate the shape. We think if you wear shoes like that in public, circus music should follow you around, like you’re in a high-wire or tumbling act. It’s not the most exciting suit, but it’s well styled and fitted. Close your jacket for pictures, sir. 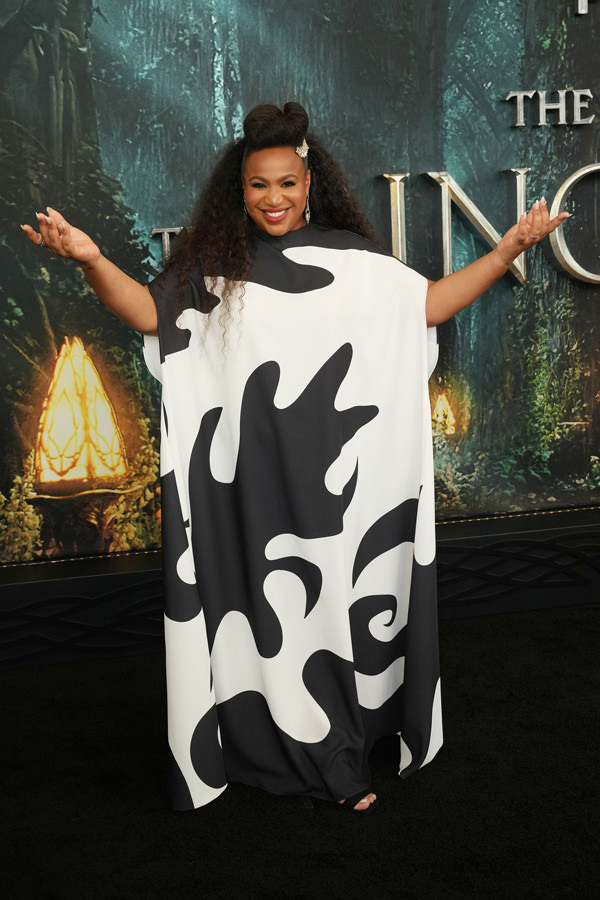 This is just pure spectacular. We just wish she’d worn a bit more in the way of jewelry. Like some more rings, perhaps? We’re starting to get this kid’s whole vibe a little more and we fully respect it. Love the skirt and the boots. Hate the shape of the cardigan, however.