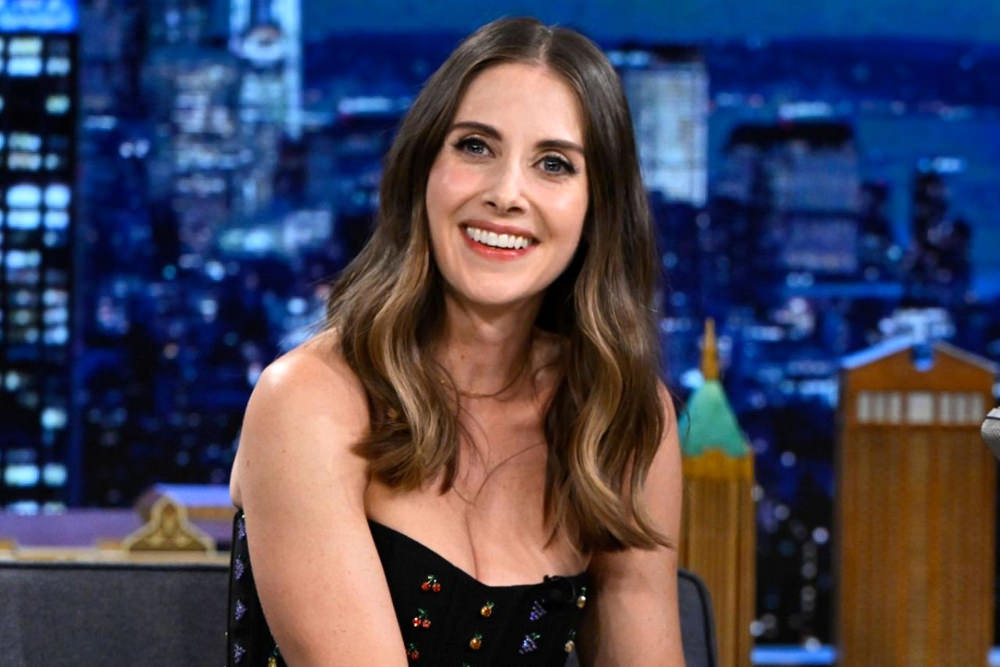 Alison Brie has always had a facility for two different decades of style: the sixties and the eighties. Granted, that observation may be deeply influenced by her work in Mad Men and GLOW, but we would argue that her impact in both parts (1960s upper class housewife Trudy Campbell and 1980s lady wrestler Zoya The Destroya) came down at least a little bit to how well suited she was to them. Anyway, here she is, hitting those ’80s motifs hard. The dress is cute, although the bodice looks stiffly uncomfortable and we can’t help seeing Lite Brite, which isn’t necessarily a bad thing. The sheer black hose give it that ’80s vibe, although it’s interesting how the platform Mary Janes feel like a corrective to keep it from looking too literal. Overall, it’s a cute look, even if it does a feel a little visually unbalanced — bare shoulders to dark hose to platforms. We always felt that if sheer stockings ever came back in vogue, the black ones would be the most likely to lead the charge. They’re one of those fashion elements that have a long semiotic history revealing class and sex obsessions. They can represent Parisian sophistication as easily as they can represent a sexual fetish. They don’t have any of the distasteful-to-current-sensibilities fakeness of the nude hose that dominated fashion for half a century. And they tend to be a gateway trend more colorful hose as well as patterned, fishnet and lace stockings. Anyway, this concludes our hopefully non-creepy musings on ladies hosiery — which reminds us: this latest trend will not remain strictly a ladies item if it sticks around for a while.