Home » Fashion » Zendaya and Tom Holland at the “Spider-Man: No...

Zendaya and Tom Holland at the “Spider-Man: No Way Home” Los Angeles Premiere “Tomdaya” is an absolutely terrible celebrity couple portmanteau – so much so that we propose to declare it the official nail in the coffin of the celebrity couple portmanteau. We don’t care what the lords of Tumblr say; it peaked with “Brangelina” and “Bennifer” and never came close to those heights again. In other harrumphy news, we don’t love how the film premiere red carpet is trending post-lockdown. We suppose it’s partly due to a film industry working harder than it ever has to get asses into theater seats, but we mostly see it as a result of … oh, wait. We didn’t even tell you what we’re harrumphing about. Zendaya, take it away. 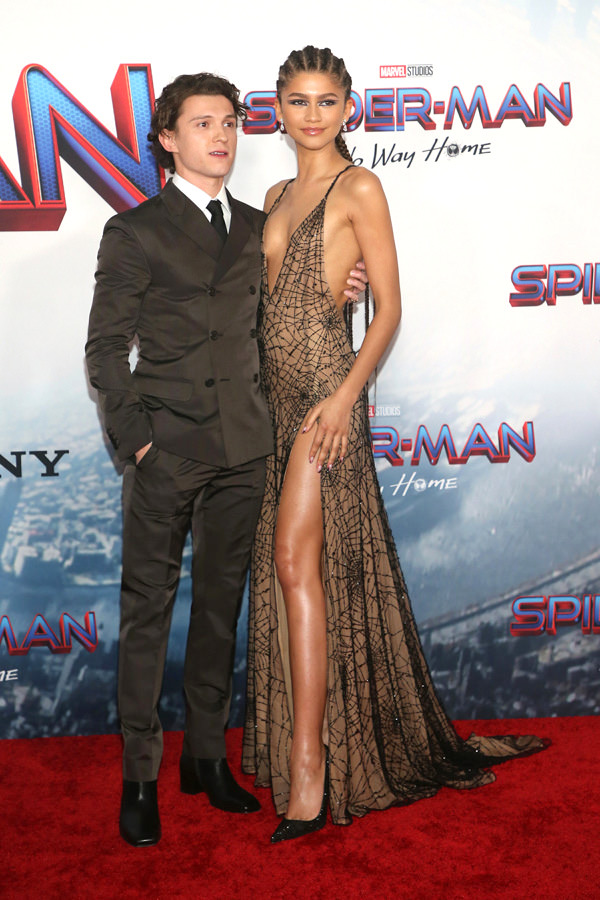 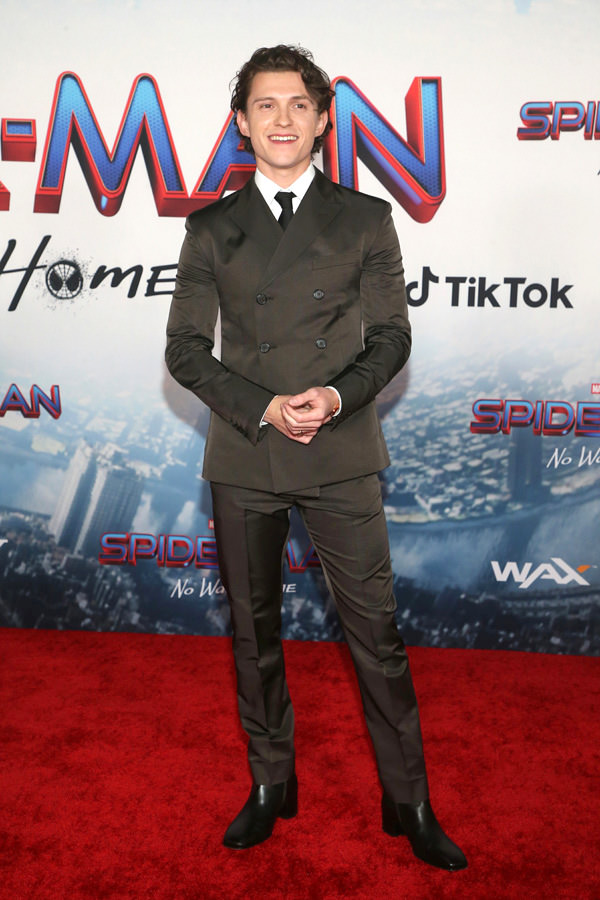 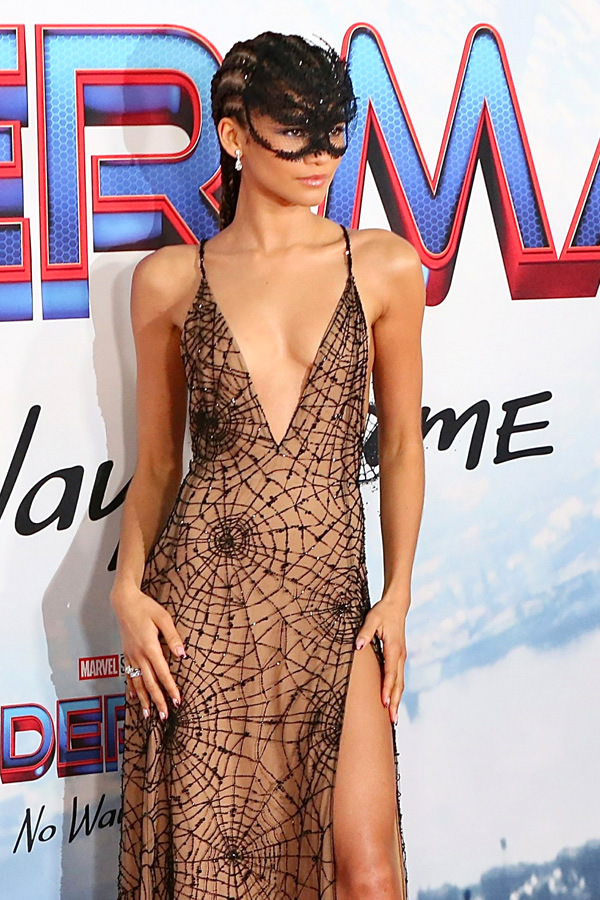 They really are cute, aren’t they? His suit’s too shiny and we don’t love his recent fondness for shaggier hair, but he looks mod and spiffy and we can’t claim he’s not serving. He’s also coordinated perfectly with her while giving her most of the spotlight.

She’s doing that thing where a star dresses in some sort of themed outfit that could double as a costume for the film they’re promoting. It’s not a thing that we love because, as two people who’ve written a lot about fashion and costume design, we’re very opinionated and firm on the idea that they’re different practices with different goals. On the other hand, we’ve also long been proponents of the idea that stars should consider dressing in adherence to the genre of film they’re promoting; bold, body-based looks for superhero films, romantic elegance for prestige films or period dramas; bright, fun, approachable fashion for comedies, and so on. We suppose that’s why we’re so harrumphy about this slight turn toward overtly referential fashion on the red carpet. It bypasses “evoke” and lands directly on “cosplay,” which takes all the subtlety out of the fashion for us. Granted, Sarah Jessica Parker has made a side career out of dressing like Carrie Bradshaw, but that’s less about cosplay as it is about her being so inseparable from the character that she’s literally built businesses around the connection.

Anyway, Zendaya looks inarguably fabulous, but we maintain if you’re wearing a literal superhero mask at the premiere of a superhero film, you’re being a bit obvious in your branding. Harrumph.