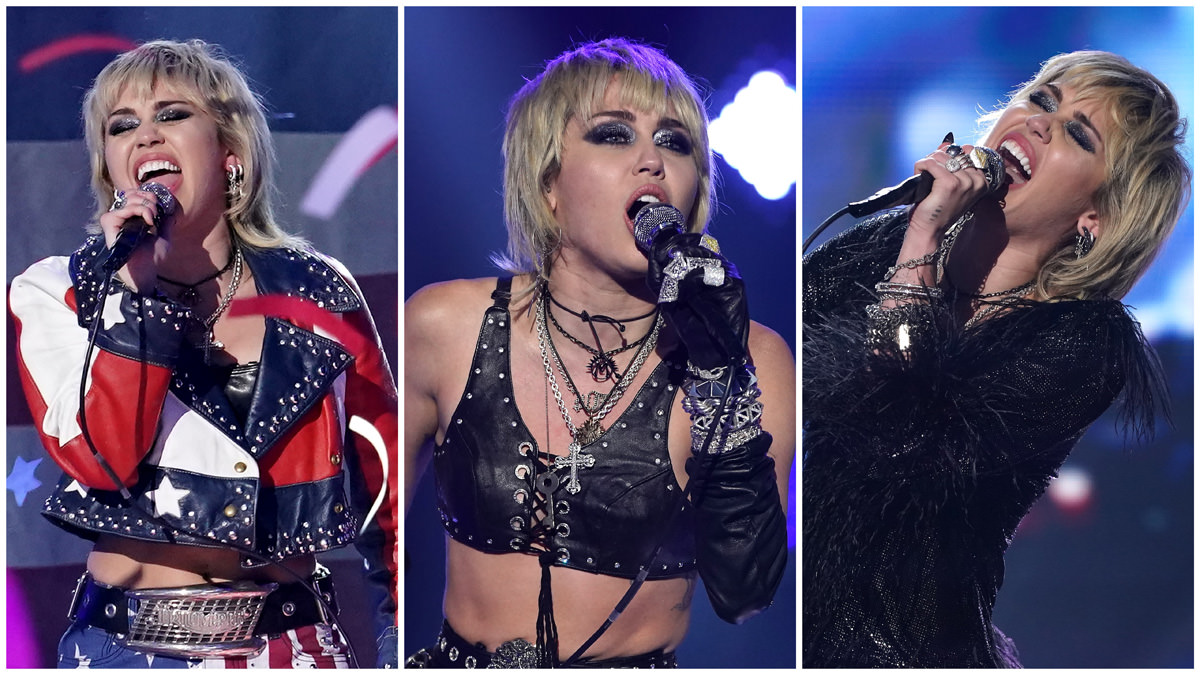 Miss Miley spent New Year’s Eve reminding everyone that she can be all things to all people.

Okay, maybe that’s overstating it just a weensy bit, but her somewhat unique trajectory as a country music princess, a Disney tween star, a pop star and now a hard-ass rocker chick is interesting. At every turn in her career, the switch shouldn’t have worked as well as it did, but she pulled it off every time. Say what you will about her style or her personality, but she’s an incredibly well-rounded entertainer. And because she was born into show business and has been a performer of one form or another for practically her whole life, she’s got a really well-developed sense of how to present herself. It’s like her autobiography told through stage costumes. She can come off pretty chaotic at times, but make no mistake: she has always known what she’s doing.