Home » Style » BTS is WSJ. Magazine’s MUSIC INNOVATOR of the...

BTS is WSJ. Magazine’s MUSIC INNOVATOR of the Year!

BTS is WSJ. Magazine’s MUSIC INNOVATOR of the Year!

The South Korean pop group has reached the top of the U.S. charts, united millions of fans around the world into a self-styled ARMY, shattered online viewing records and been part of a major IPO. Now BTS is preparing to release a new album.

“It’s the achievements we’ve made every step of the way that are prompting me to want to challenge myself more.” 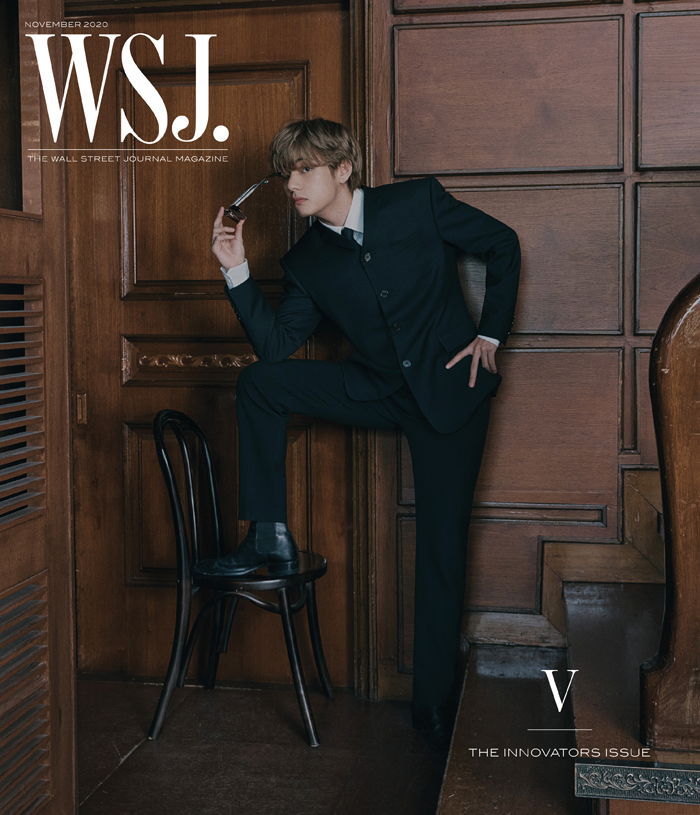 IT’S BEEN A really long time since we had a face- to-face interview like this.” Rapper J-Hope, 26, a member of the South Korean group BTS, jumps into conversation while waiting for his bandmates to settle in. The coronavirus pandemic put a hard stop to the group’s world tour, which would have taken them across 17 cities on three continents this year. But it hasn’t made them any less busy as they look ahead to the release of a new album.

In July, BTS broke the Guinness World Record for staging the biggest virtually attended livestream music performance, which attracted fans from over 100 countries. They miss the real thing, though. “That feeling [of being onstage] is really the best thrill I probably get in life. Even if I leave one day, I think I’ll be back for this,” says Jin, 27, of being onstage in front of BTS’s devoted fans, officially dubbed ARMY. The name stands for “Adorable Representative M.C. for Youth,” though the demographics of the band’s fan base now extend well beyond that age group.

BTS has topped Billboard’s song chart, released one of America’s bestselling albums of 2020 and performed at the Grammys with Lil Nas X. They sold out London’s Wembley Stadium in 2019, won four MTV Video Music Awards this year and smashed the record for the most views on YouTube in a 24-hour period (over 100 million)—all while singing almost entirely in Korean. They have also collaborated with musical stars such as Ed Sheeran, Sia, Nicki Minaj, Halsey, Charli XCX and Charlie Puth.

On their new album and hope for a Grammy:

“We’re preparing our next album now, [and I] think it’d be great if all our songs make it into Billboard’s Hot 100,” says Jimin, 25. “Another performance at the Grammys would be great.” A few seats away, Suga, 27, teases, “Just say you’d like to receive the award.”

On writing the songs:

J-Hope describes his approach as research- heavy. “I first study the topic and think about what story I need to tell and what kind of content it should encompass,” he says. “Sometimes the type of stories I’m dealing with are light, but sometimes they aren’t, so it’s important that I’m knowledgeable about what I’m working on.”

Suga says he comes across ideas for his songs from the books he reads. “I tend to think a lot about the meaning behind words,” he says. “We deal a lot with emotions so I spend a lot of time thinking about how words can be construed differently.”

RM, who has credits on many of BTS’s biggest songs, will dwell on a line from a movie or a passing scene, sometimes for years, before starting to work it into his lyrics. “[Writing songs] takes a long time for me,” says RM. “So it hurts, body and soul, when I have to throw one away.”

On touching on psychological and social issues in their songs:

“I don’t like talking about my dark side,” says Jin. “I’m in the camp that believes idols should always show their bright and positive side.” Still, a conversation with Bang inspired Jin’s 2018 solo ballad “Epiphany,” which focuses on self-acceptance. V, who contributed to the neo-soul “Stigma”—which includes lines like “The pain is never soothed”— recently received a phone call from producer Bang on a song he was writing. “Could you tone down this a little?” Bang asked.

“How come he never says things like that to me?” Suga jumps in.

RM responds. “Because that’s (your) personality.”

“I’m the type that speaks out first, and then thinks about it,” Suga explains.

On the process of choosing which songs make an album:

BTS members had made separate bids to feature melodies they had written as the album’s lead song. Jimin describes that process as “painstaking and tearful.” Jung Kook points out that the members weren’t just competing against each other, but against other composers who also submitted attempts to Bang. Jin alone sent him three different melodies. Suga made it to the finals. RM, though, chose to sit this one out. “The competition was too fierce,” he says.

The stars of BTS say there are still more things yet to achieve. “In the past, we had clear goals and a thirst. We had to do well—we were desperate,” says Jung Kook. “I still have a similar mindset. It’s the achievements we’ve made every step of the way that are prompting me to want to challenge myself more.”

“Before, we were all just fixated on looking for the camera when the red light came on,” says Jimin. “Now we feel more relaxed.”