Netflix’s “Next In Fashion” Competition Series Should we? Would you?

“Next In Fashion” is a high-stakes competition series debuting January 29, 2020 featuring some of the world’s best and quietly innovative designers who compete for a chance to become the next big name in fashion. Hosted by fashion designer and TV personality Tan France (Queer Eye) and designer, model and global style icon Alexa Chung, Next in Fashion begins with eighteen designers who face challenges centering on a different trend or design style that has influenced the way the entire world dresses.

Hunh. Well, it could pass the time while we wait to see what Heidi Klum and Tim Gunn’s new show for Amazon is like.

It feels like Netflix may be banking on the public’s enjoyment of Tan and Alexa a little more than we would recommend. Other than that, this looks like a perfectly reasonable spin on a fashion reality competition. The only thing that really distinguishes it is the amount of money Netflix appears to have spent on it, which looks considerable, judging by the runway shows. 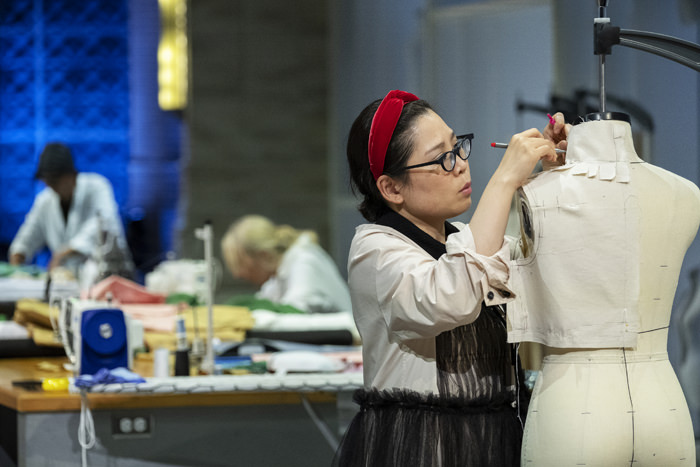 We’ve got screeners and our natural curiosity toward any show that attempts to replicate the OG fashion design competition is strong enough that we feel compelled to check it out and report our thoughts back to you.

Previous post:
Jennifer Lopez for Versace Spring 2020 Ad Campaign Next Post:
Selena Gomez in Totême Out and About in NYC