Sasha Velour at Build Series to Promote “Smoke and Mirrors” Just a girl out for her morning constitutional. 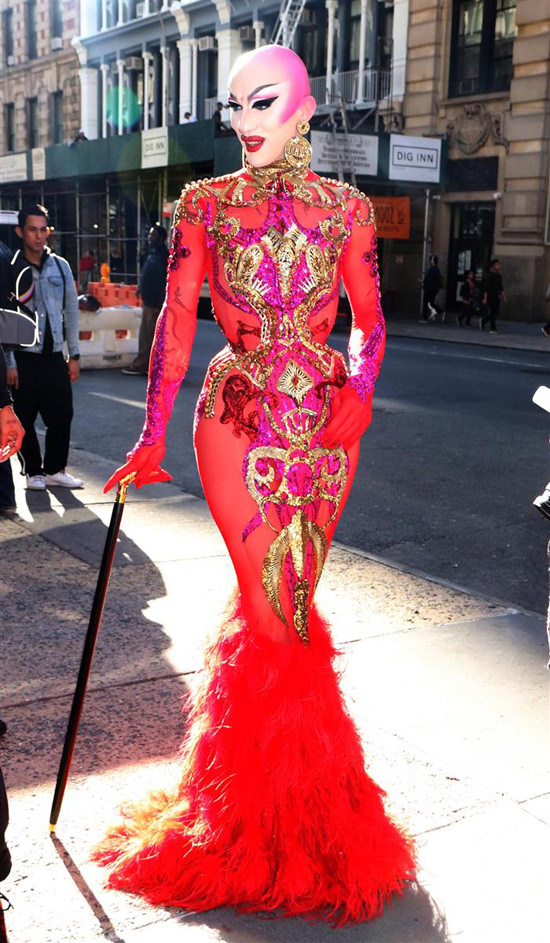 That is a mothertucking queen, darling.

We enjoyed Sasha’s time on Drag Race and absolutely applauded her win, which was largely secured by her now-legendary lip sync to Whitney’s “So Emotional,” a moment which was recently parodied by Kate McKinnon (as Elizabeth Warren, no less) on Saturday Night Live, making it officially part of the broader culture. But when she was going through the grind of the competition, we were pretty hard on her in our recaps because we just weren’t convinced she was as deep a queen as she said. Turns out we were wrong on that one, because her post Drag Race career, including her long-running Nightgowns revue and her now-traveling Smoke & Mirrors show, has shown her to be a true drag artist of the 21st Century. Of all the Drag Race winners, she is the one doing the most to advance the art of drag itself and present highly personal original works of great artistry. The bitch has got it, is what we’re trying to say here.

And this look is stunning.