Will Smith, Naomi Scott and Mena Massoud at the “Aladdin” Paris Screening We have two things to say before we get to the judging. First (and we realize we say this about a lot of Disney jawns): we could not be less interested in seeing this film. We actually said no to a screening of it. Trust us, Disney fans. You wouldn’t have wanted these two bitter queens reviewing a film they’re not interested in. Second thing: Did Will Smith go through a growth spurt recently? 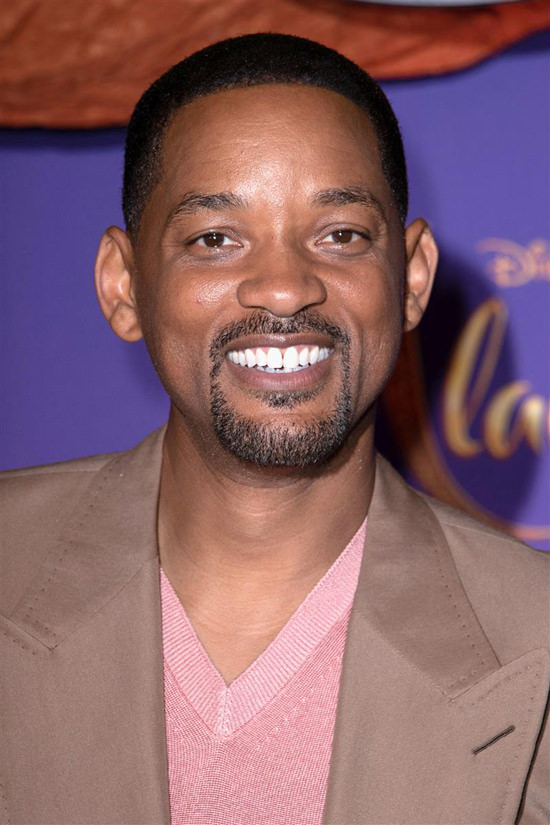 We’re not going to get all worked up over it, possible because we’re exhausted from the formalwear of the Met Gala, but this is a piss-poor look for a Disney premiere in Paris. The coat’s nice enough and it looks like a pretty decent sweater under there, but the footwear’s unfortunate. Yeah, no. We realize it’s the whole point of the design, but we just can’t get behind the activewear top with the formal skirt. They look absolutely terrible together. The crew neck collar and short fitted sleeves look awful from a proportional perspective when paired with that skirt. The marriage of the top to the skirt is clumsy and unflattering. The difference in the weight of the textiles is jarring. It’s all a big no for us. Yes to ALL of this. And once again, we can thank Rami Malek and Chadwick Boseman (with an honorable mention to Timothee Chalamet) for effectively changing the menswear game on the red carpet. Any time a male star steps out in suiting that doesn’t make him look like a lawyer is a win, but this is especially chic.

Still not gonna see it.