Home » Fashion » Joel Edgerton and Christian Bale at the “Exodus:...

Joel Edgerton and Christian Bale at the “Exodus: Gods and Kings” World Premiere

We’ve gotta give it up here for Joel, because he really looks fantastic.

(We’re nodding politely at Christian after our bitter argument of yesterday.) Joel Edgerton (in Dolce&Gabbana) and Christian Bale attend the world premiere of “Exodus: Gods and Kings” at Odeon Leicester Square in London. 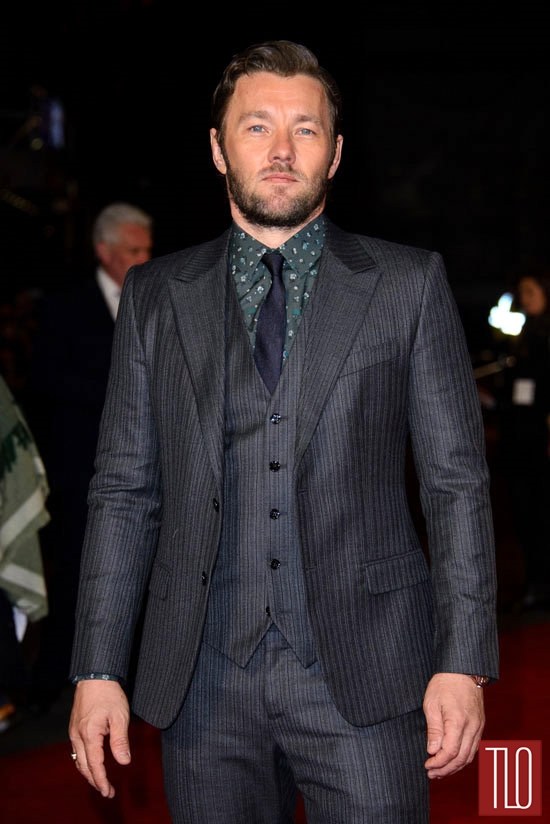 The fit isn’t dead-perfect, but that’s honestly the only quibble we have – and it’s a minor one. It’s still pretty close to impeccable. That deep blue-grey sets off his eyes and we LOVELOVELOVE the shirt, just for being so festive and unexpected. It’s a subtle head-turner of a look. He’s fine. We hate black-on-black ensembles like this, and the jacket’s a bit too precious for us, but he’s at least appropriately (if a little sloppily) dressed.

But Joel clearly won this one by a mile.

Previous post:
IN or OUT: Olga Kurylenko in Emilio Pucci at “The Water Diviner” Melbourne Premiere Next Post:
Ladies in Black on the Red Carpet