Home » Television » Elizabeth Mitchell on the Set of “Once Upon...

Elizabeth Mitchell on the Set of “Once Upon a Time”

We’ll always have a soft spot for Elizabeth Mitchell. She was the first celebrity we ever interviewed and she was a total sweetheart. She almost single-handedly got us hooked on LOST, and we’ve been fans of her low-key, sardonic acting style ever since. No one can curl their lip quite like her.

But even she can’t make us go back to this show. 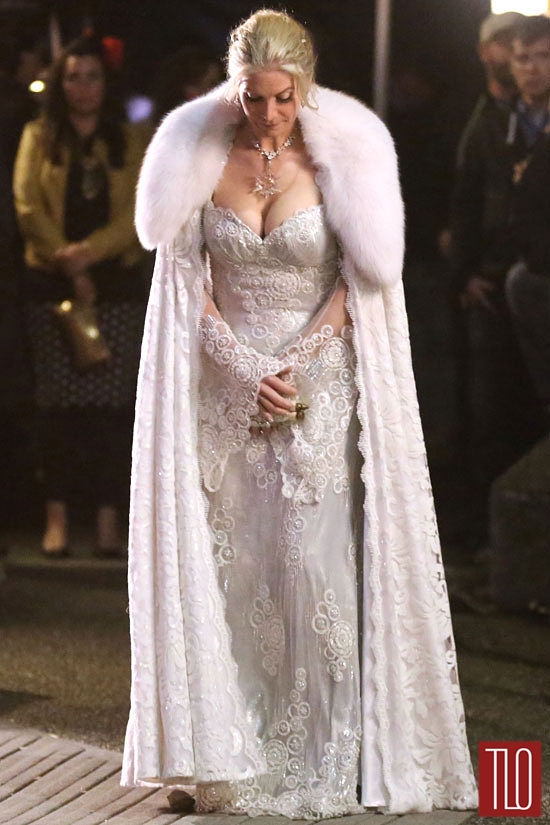 We featured the Elsa costume here and noted how cheap it looked, but when we saw it onscreen, the lighting and camera work had the effect of making it look a little less like a Halloween store costume and a little more appropriately regal. For the show’s sake, we hope they can work the same magic for this costume, because it’s coming of way too discount bridal. Then again, it’s so boob-centric that even we can be distracted from the shinyshinyshiny material.

Not a bad design at all, though. We like the circle motif, although we’re not sure what they’re supposed to represent. Snowflakes, we guess? That’s not how it reads, though.

Previous post:
Everyone Wants to Be… Diane Keaton at the “And So It Goes” Zurich Premiere Next Post:
Valentino Spring 2015 Collection