Our daily entry in the “Obvious Statement is Obvious” contest: Boy, it’s amazing how a change in hair color can radically alter your whole look. 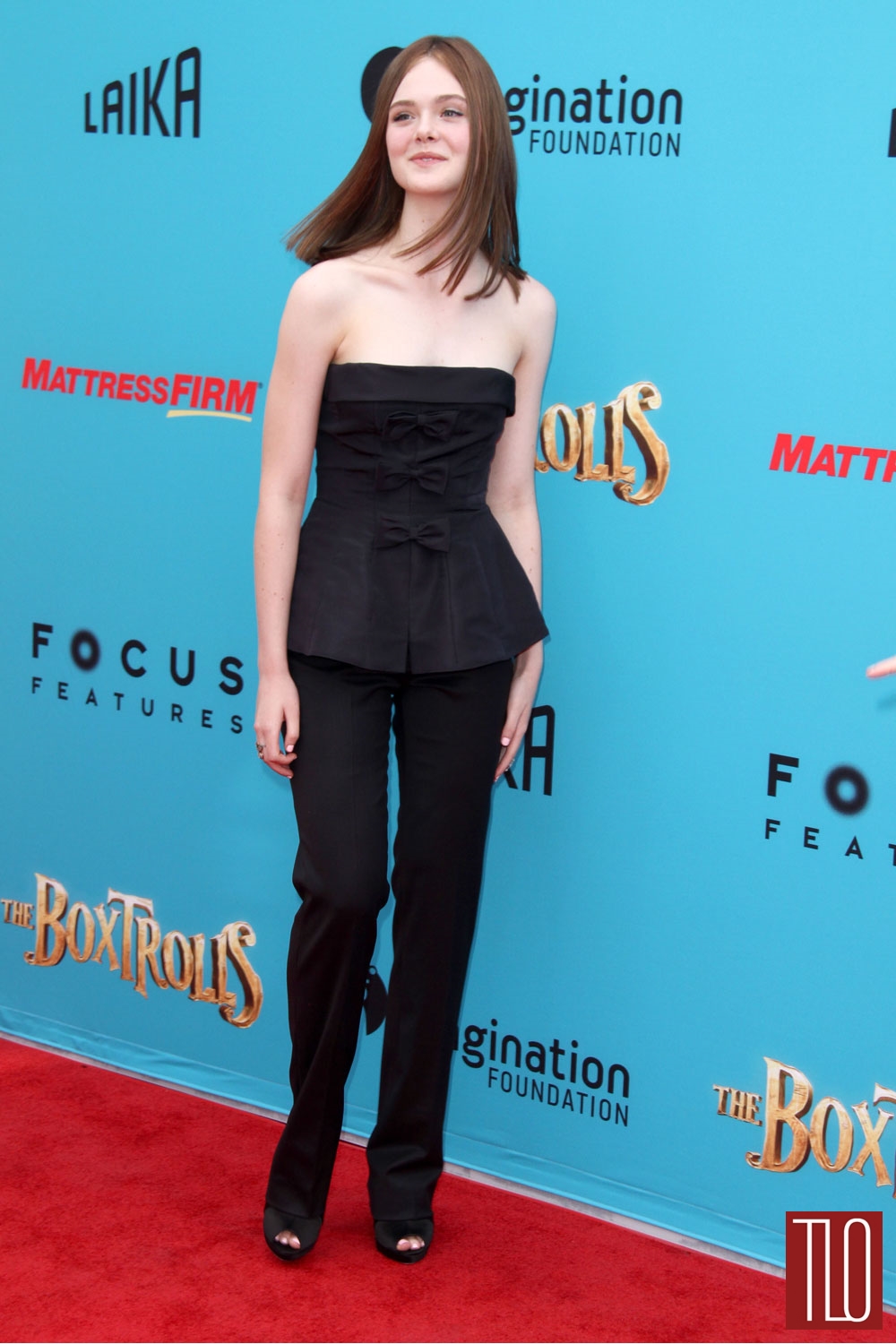 For some people, it’s a subtle change, but ghost-colored Elle Fanning suddenly appearing with a chestnut-colored head? That’s major. We actually stared at these shots for a good long while to make sure it really is her.

Not that she should care what we think on the matter, but it adds five to ten years to her, which isn’t the worst thing in the world, but her whole schtick is “dewey ingenue,” literally flushed with the glow of youth. Now she looks like she works in an art gallery and dates hedge fund managers. Although that might be coming as much from the outfit as the hair color. Despite it being a strapless jumpsuit, it comes off too … serious, somehow. The flare of the pants and the satin peep-toes don’t say “teenager” to us.

Having said that, we do think it was time for her to change her look a little. Maleficent’s the kind of movie that can leave you typecast until your thirties if you’re not careful. She definitely needed to get away from the princess look, but we think she might have taken it too far. We would have suggested either a strawberry blonde or a darker, honey-toned blonde. And we would never have put her in an outfit like this. She’s only a year and a half older than Kiernan Shipka, who manages to perfectly straddle the line between “teen” and “sophisticated.” Take some notes from her, Elle.