Darlings, it was the prom night of the fashion world, as anybody who’s anybody descended on  New York City with their stomachs sucked in and in their very best borrowed finery. We’ve got a LOT of ground to cover, so get your coffee and let’s get started. 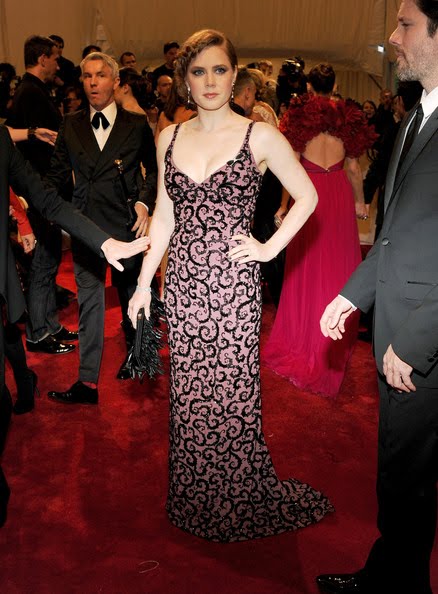 Our first impulse was a half-hearted “You go, girl,” because she tends toward pretty standard gowns in solid colors. This is still a pretty standard gown, but the pattern really makes it interesting. The only thing we don’t like is the 1930s prison matron hair. 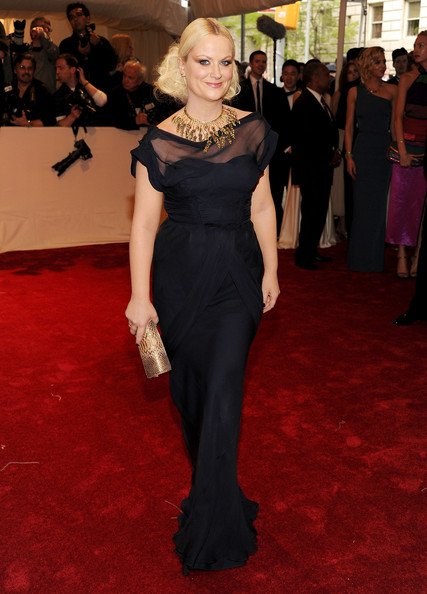 Are the hair gays fighting with the fashion gays in the stylist world? Because it seems like lately, we’re seeing pretty dresses paired with shitty hair an awful lot. Still, this is the second good dress we’ve seen on her in a row and given her history on the red carpet, that’s a very positive development. We like the dress but the necklace should have been paired with a less fussy neckline. 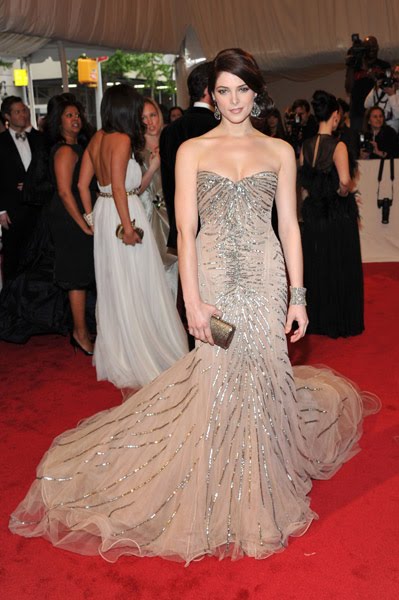 This is one of those dresses that never looks as good in pictures as it does in person. Not that it looks bad here; in fact it looks great. It’s just that we’d bet it looks stunning in person. 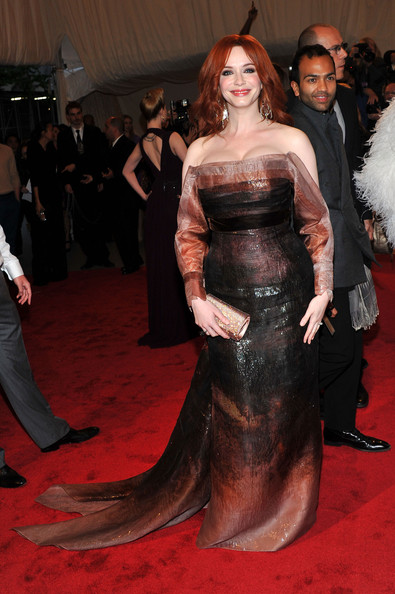 You guys, Christina didn’t have time to change out of her HAZMAT suit after cleaning up that oil spill, so she cleverly arranged it to look like a gown. It’s not for us to criticize her since she apparently spent all day washing baby ducks with dish detergent. 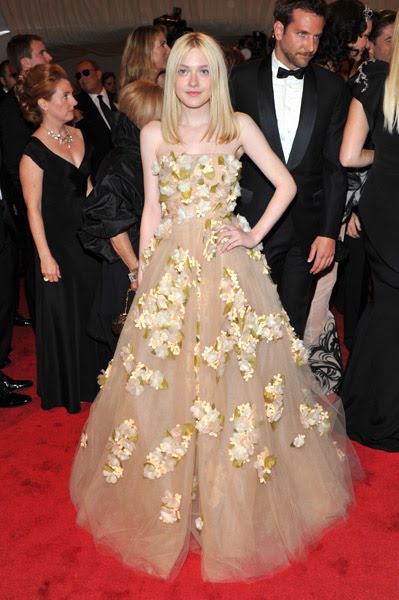 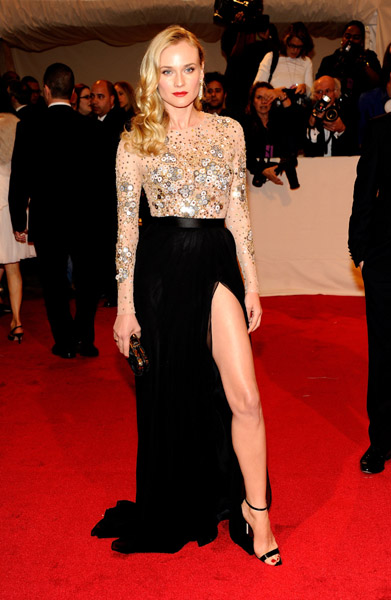 STUNNING. You know how we’re always saying that clothes can be used to send a message? Diane is saying loud and clear, “Yes, I know you want to have sex with me, but you’re lucky I’m letting you breathe my air. Now get me a drink.” She’s what drag queens spend years trying to perfect: the very definition of “FIERCE.” 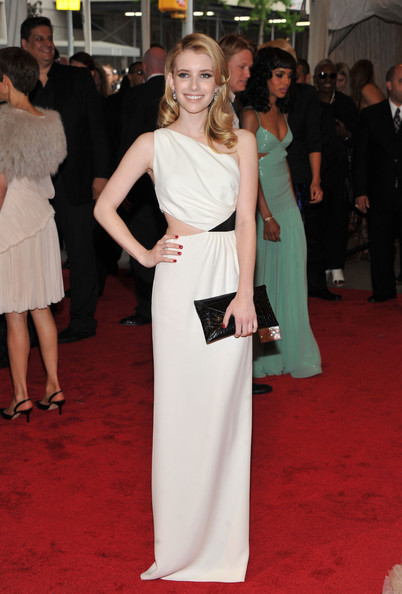 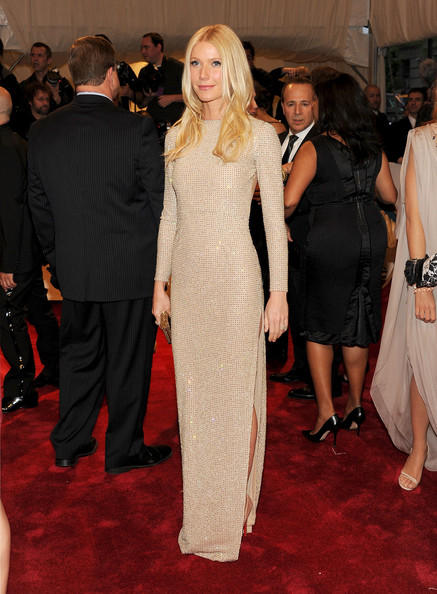 She’s been returning to the sequined column in a neutral color quite a bit lately but we can’t deny it’s her look. We’ll give her this one but we reserve the right to bitch at her the next time she wears a dress like this. 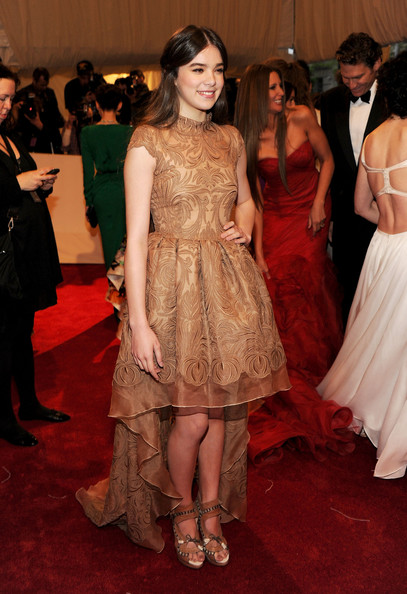 Oh, honey. You finally dressed your age, which is to say, awkwardly. She’s been doing so well on the style front from the minute she hit the scene that it’s a bit endearing to see her in something so clumsy-looking. If it had a straight hem above the knee and she’d paired it with shoes that weren’t fighting the dress for attention, we’d like it a lot more, but even so, the color and the fabric look a bit drab. 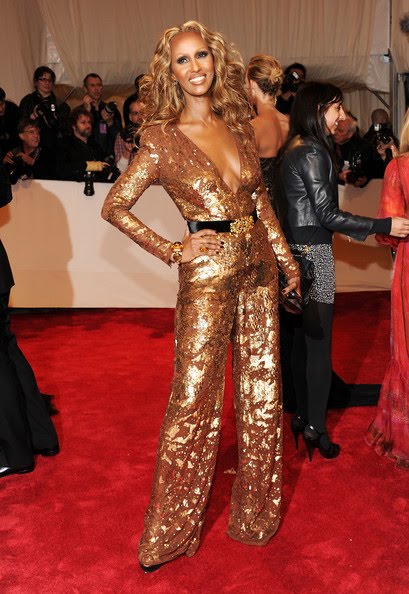 Honest to God, our initial reaction was “RuPaul looks fabulous!” And that is TOTALLY a compliment, not that Iman needs our compliments. We love that she had the charisma, uniqueness, nerve, and talent to wear a metallic gold jumpsuit instead of the usual gown. 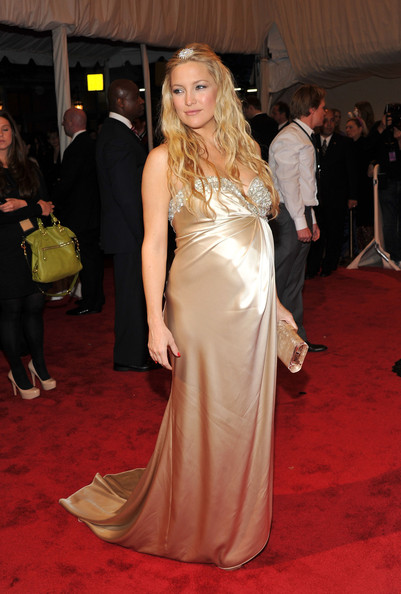 It fits her well and it’s probably one of the best ways to dress formally when you’re at that stage where your little miracle has bent your spine into an S shape. Our only issue is that it’s shiny and that her obvious struggles with “pregnancy brain” have left her confused and thinking that brooches are hats. 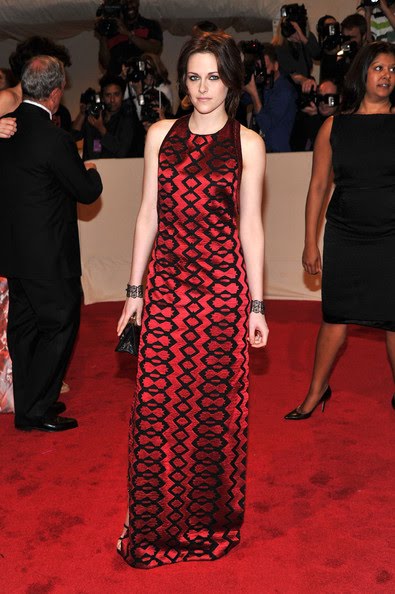 It’s very striking and it suits her to a T. Our only issue is that it looks a bit stiff; like upholstery fabric. 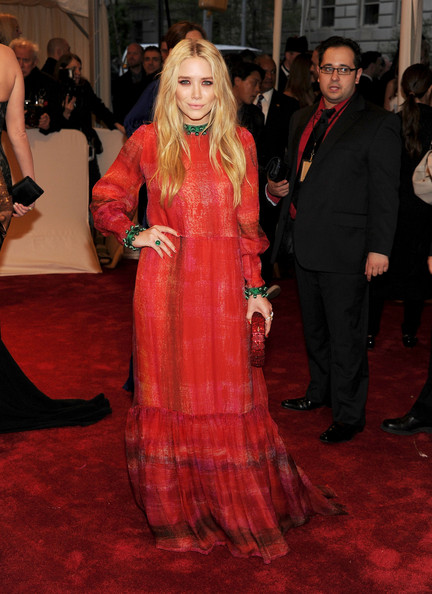 We think it’s kind of interesting. Yes, it looks like a nightgown, but at least it’s not the standard ruffle-y strapless dress seen on 99% of her peers. 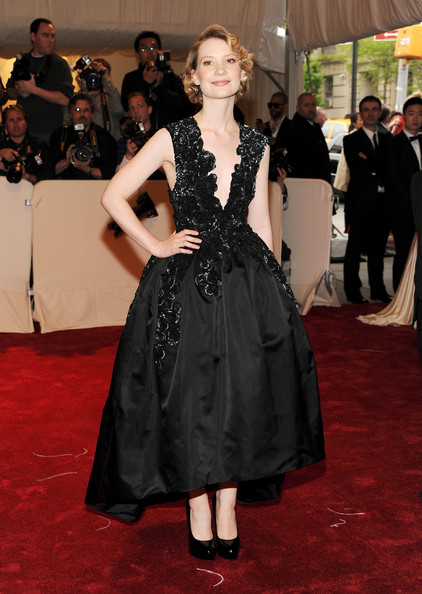 We’re getting a little tired of this style and silhouette, but we can’t deny she looks pretty and it suits her. 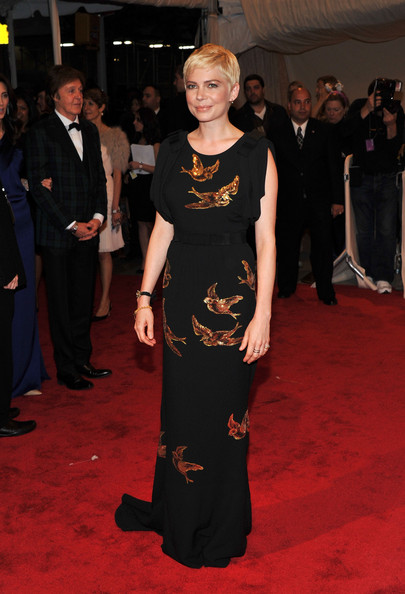 Fabulous. A very grown-up and sophisticated look for someone who sometimes gets a little precious with her clothes. 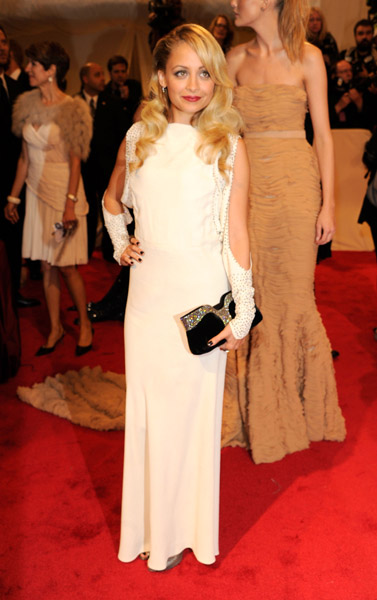 Nicole Richie in a vintage gown

The sleeves make it look like a dress a stripper wears at the start of her act; something that falls to the floor with one slight tug in the right place. 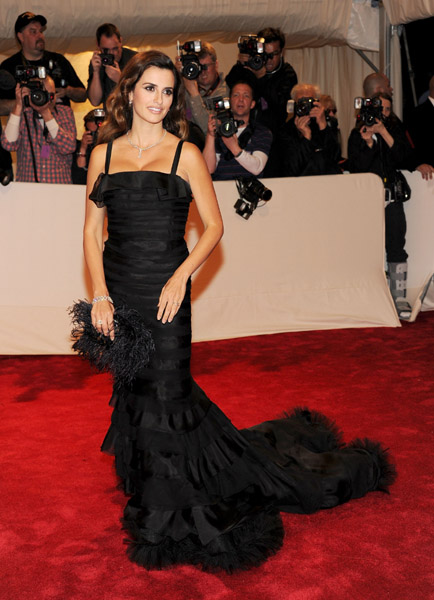 It’s pretty, but we’ve seen her wear this dress for, oh, her entire adult life? Come on, honey. Uncle Oscar makes a lot of pretty dresses. You don’t have to default to the black, ruffled, mermaid silhouette every single time. 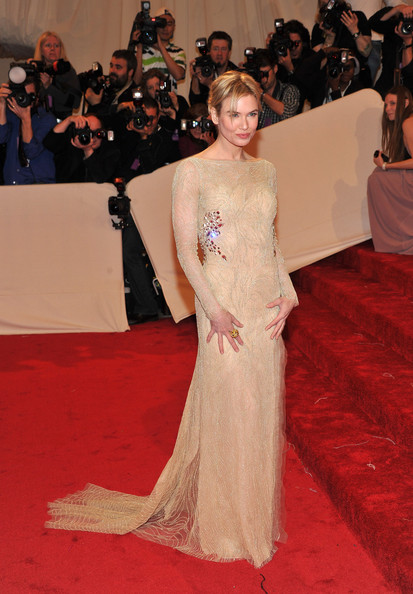 Yes, she’s giving the standard Zellwegger crazy face, but we love this dress on her. Dramatic and slinky, with interesting textural elements and just the right amount of sparkle. 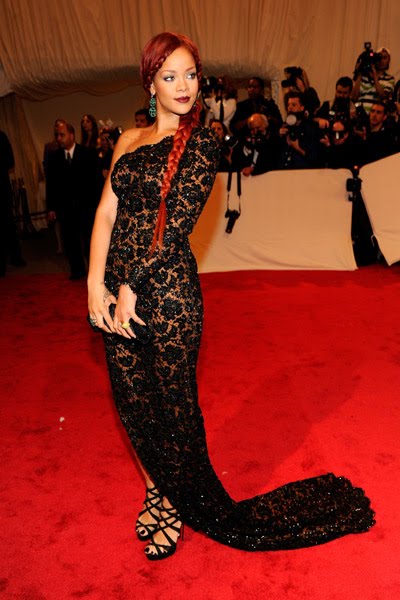 We hate the shoes and hate the braid (HatehateHATE the braid. Seriously, we’re totally irrationally hating it.) but we love the dress. Suits her perfectly. A little bad-ass and a little sexy. 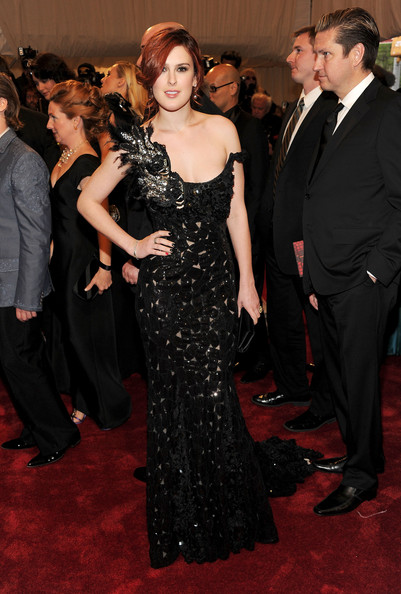 It’s all right. To be honest, that thing on her right shoulder looks a little showgirl-tacky. 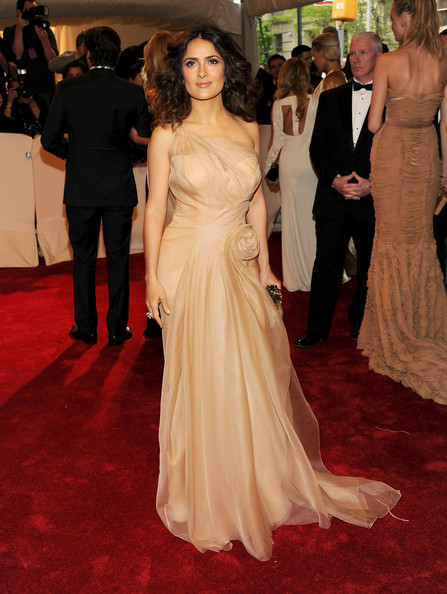 Ladies: DON’T WEAR DRESSES THE EXACT SHADE OF YOUR SKIN. You know why? Because you always look like you’re melting when you do. 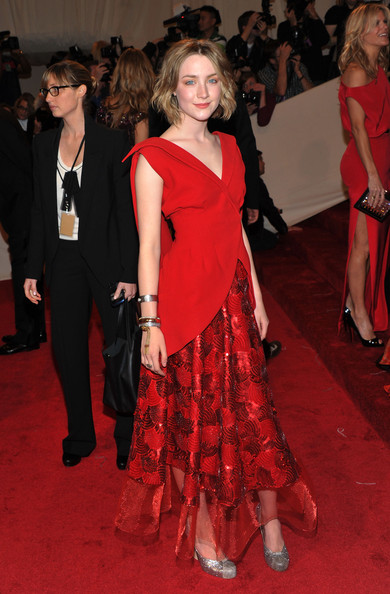 Aw. Poor thing. Tried something a little interesting, but it’s not coming together. We really like the shape here. Love that jacket-like top. The hem on the skirt, however, is distracting and just a bit too floaty and sheer paired with that structured top half. And finally, the Good Witch of the North’s shoes were a stunningly bad idea. 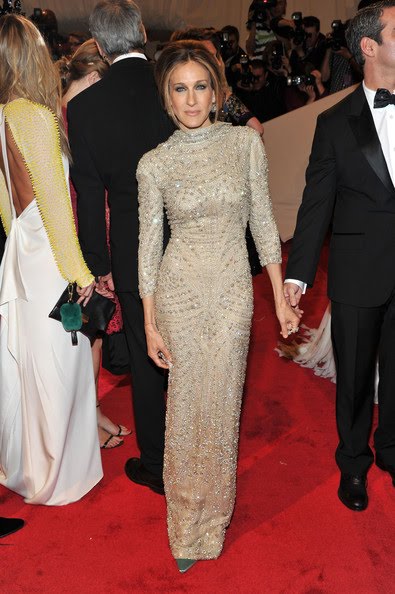 When SJP really wants to impress people, no one can touch her. She looks flawless here. We love the pairing of the ice-blue shoes. 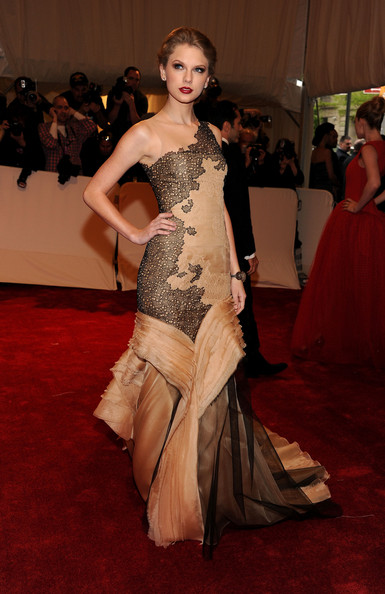 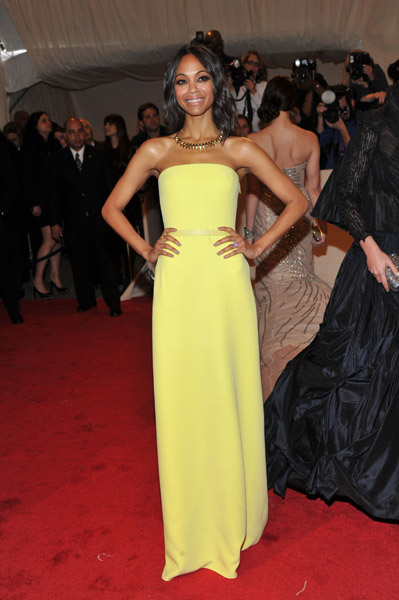 We realize she’s a spokesmodel for Calvin Klein, but we’re a bit tired of seeing her in these minimalist sheaths. Nice color, though.