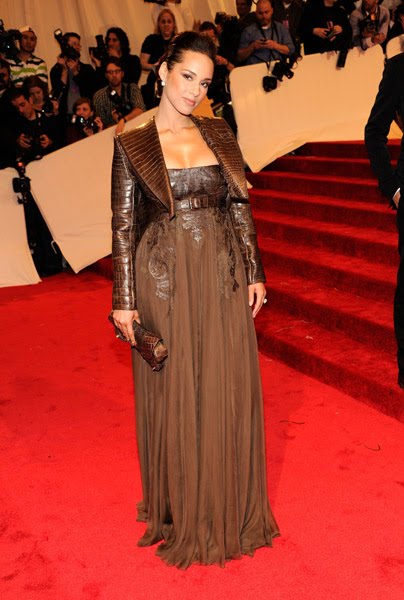 Alicia apparently rode through the streets of Manhattan on a horse, side-saddle, fighting off orcs with a sword. Sweetie, we’re enjoying Game of Thrones too, but that’s no reason to raid their costume department. 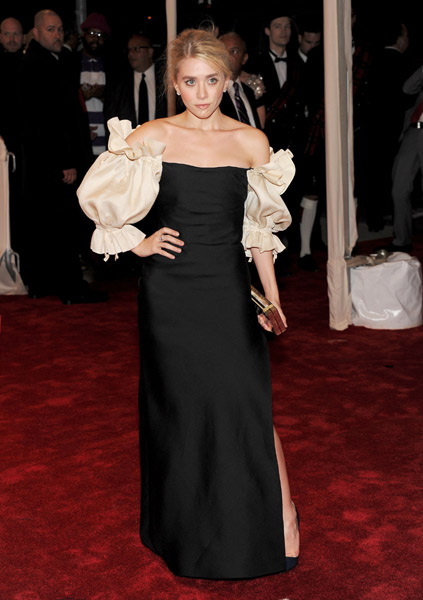 We kind of love it. Yes, it looks a bit like something an 80-year-old socialite would wear, but that’s her schtick. She looks like she’s ready to beat up the first cater waiter who stops by with a tray of potato puffs, though. 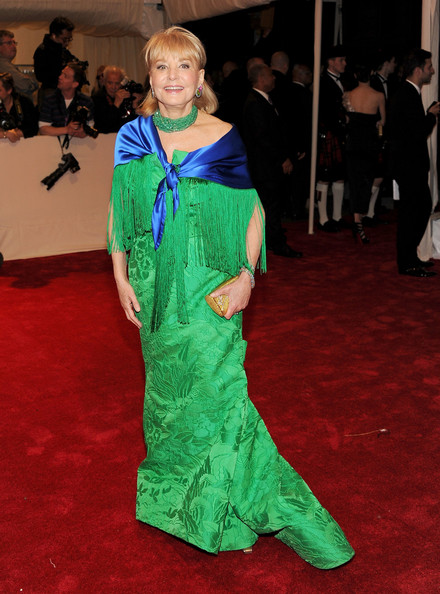 … is batshit insane. She looks like she fashioned her dress out of a tablecloth on a cruise ship. 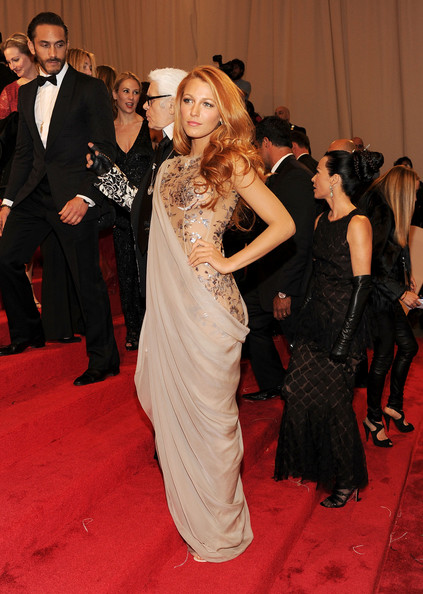 We get it. We don’t love these overtly goddess-y gowns, but we get it. And she’s suited for it. It’s not our taste, but she looks really good. 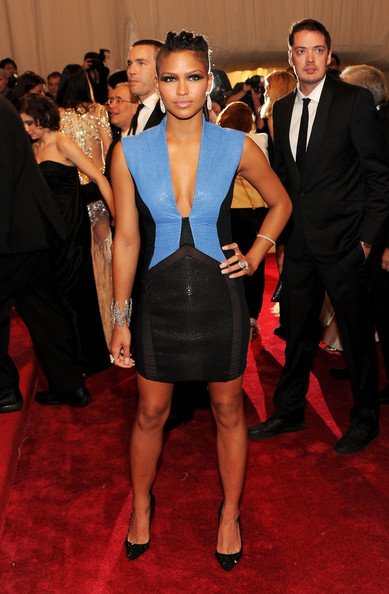 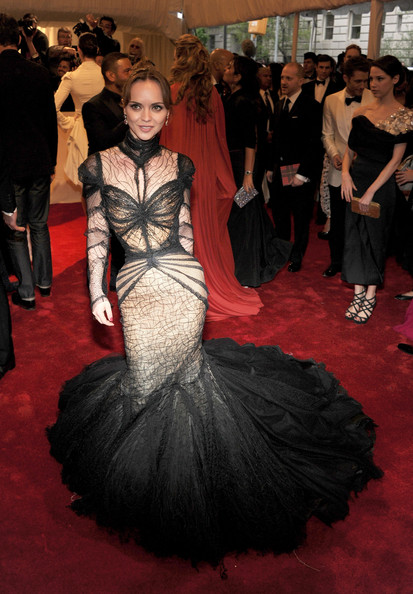 Bow the fuck down, peasants. Wednesday Addams BROUGHT IT. If she’d worn this to the Oscars, we’d almost certainly have a field day ripping it to shreds, but the Met Gala is the one night where you’re expected to go for dramatic, impractical looks. Frankly, we’re a bit disappointed everyone else is dressed so conservatively. 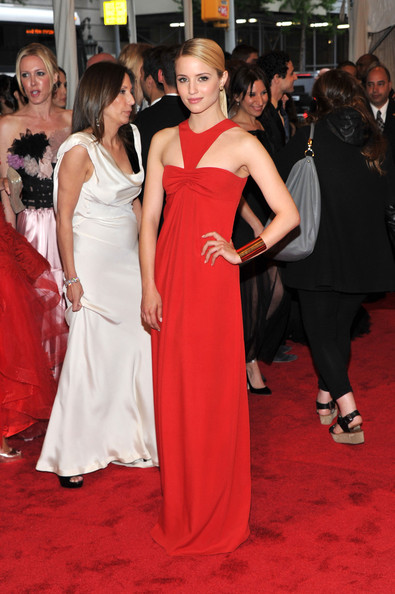 Case in point. It’s pretty and all, but it’s as plain as fashion gets. Don’t like the Wonder Woman cuff with it either. 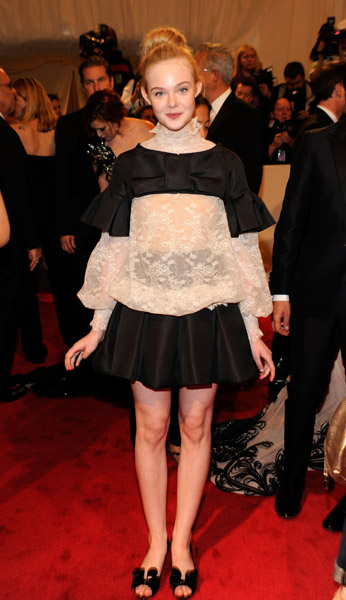 Crack-smokin’ fun! Well, we’ll give her this: it’s not boring. It is, however, quite ugly and ridiculously unflattering. And confusing. How would you describe this? Victorian/Puritan chorus girl? 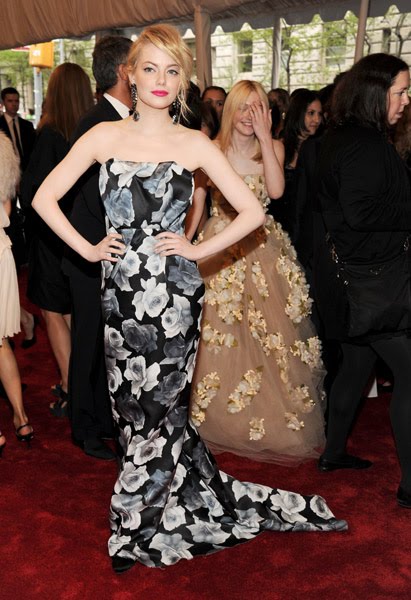 Lorenzo opined that bold floral prints like this don’t look right at events this formal. Tom wouldn’t have thought of that, but he tends to agree. 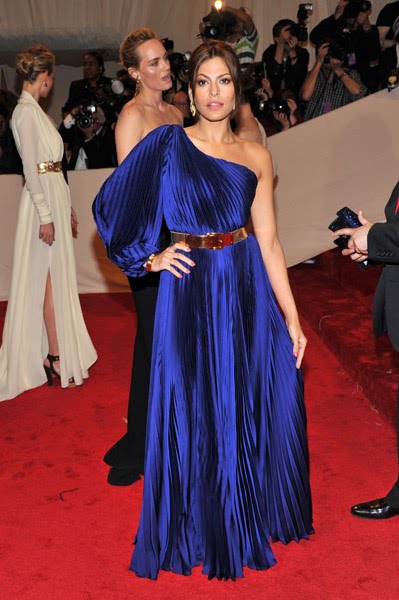 Kinda love it. It’s a bit too body-obscuring, which is something she seems to be exploring lately, but we love the drama of it. 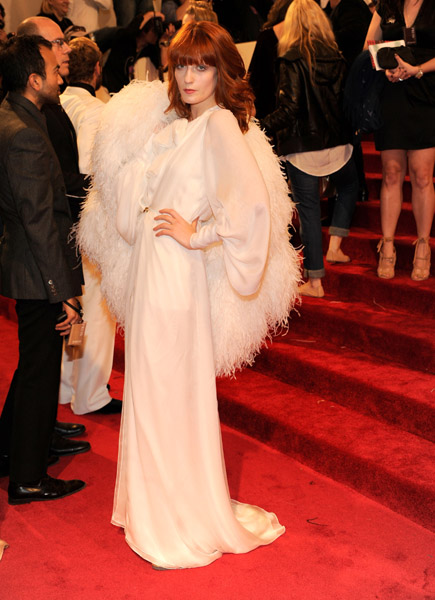 Fabulous. Lorenzo’s goddess. It’s got a perfect 1930s glamour to it. We know it’s her thing, but we wish this time she’d done something with her hair. 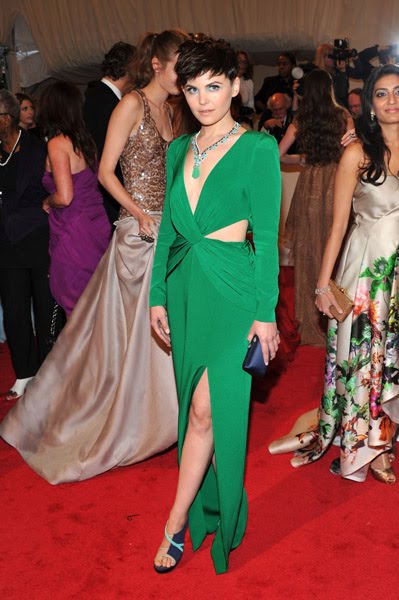 This girl is seriously disturbed.

Topshop? At the MET GALA?! 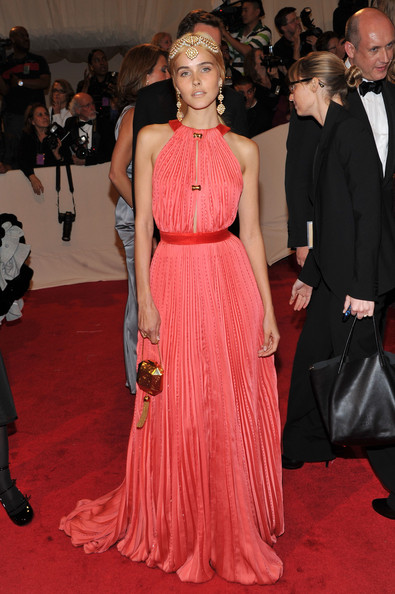 Love the dress; hate the color; the Temple of Doom accessories have got to go. 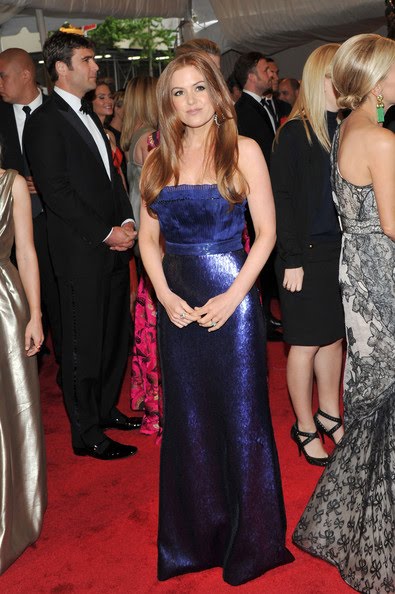 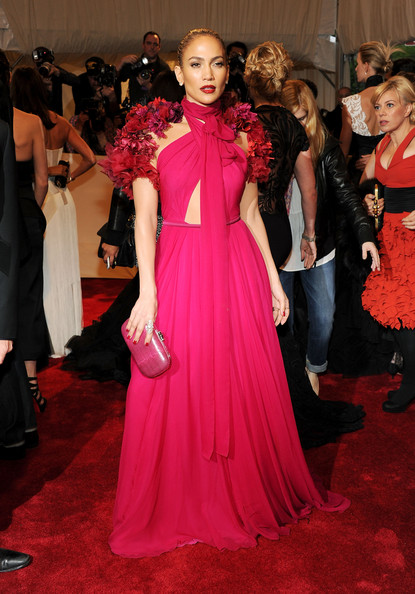 It’s ridiculous and over-the-top and attention-getting, but ultimately, we don’t think it’s very pretty. The shoulders and the giant thing tied around her neck are too much. 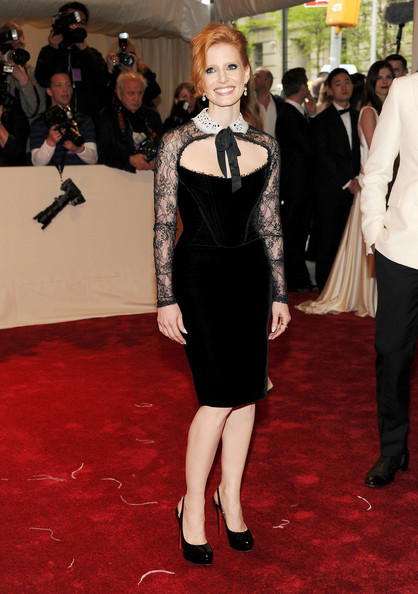 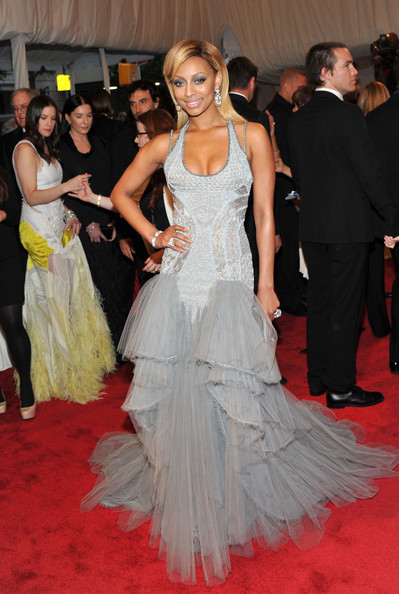 Lorenzo doesn’t think she’s working it enough but Tom thinks she looks gorgeous. Beautiful dress and a fantastic color on her. 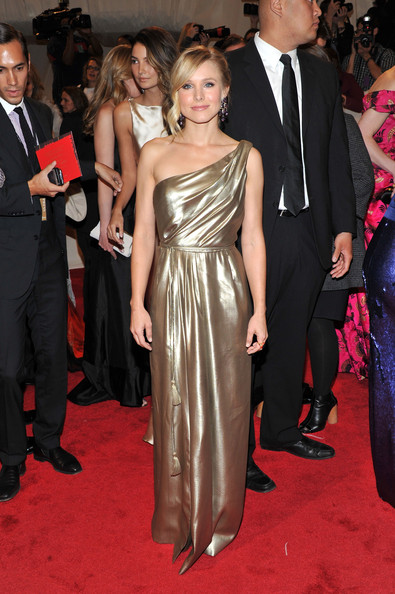 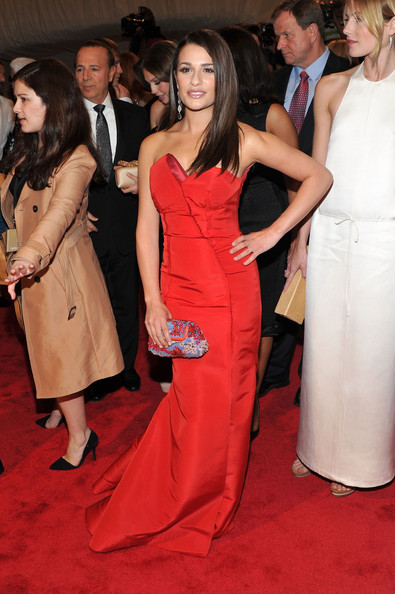 It’s a great dress, if not a very exciting one. Love the purse, though. 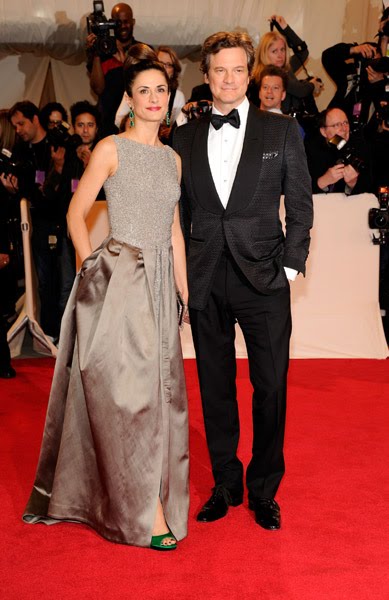 What an amazing-looking couple. We love that pewter shade on her. The shoes: bold choice or too much? We’re thinking, as much as we love a pop of color, they’re a bit much. Especially since they match her earrings. He looks divine, as always. 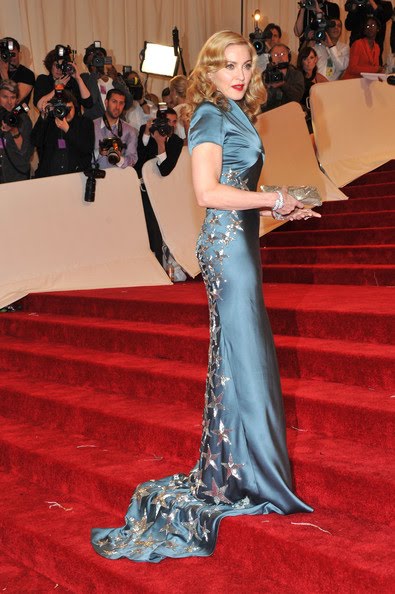 FINALLY. We KNEW you had it in you, girl. After YEARS of watching her stuff herself into trying-too-hard looks and holding on to her past, how fricking refreshing to see Madonna looking fresh, glamorous, and straight-up gorgeous. 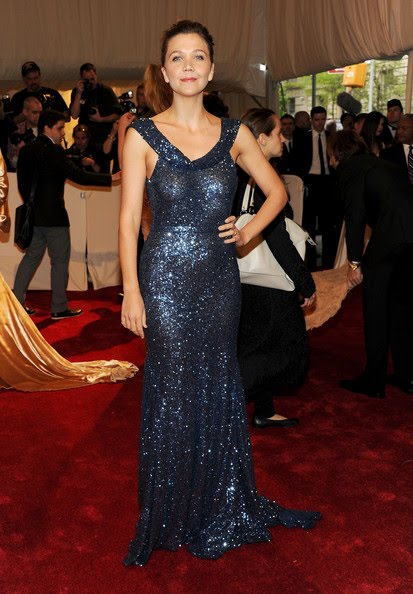 A bra would have been a good idea here. Even so, it wouldn’t have corrected that unflattering neckline. We love the rest of the dress, though. Fix the neckline and hoist those girls up and she’d look perfect. 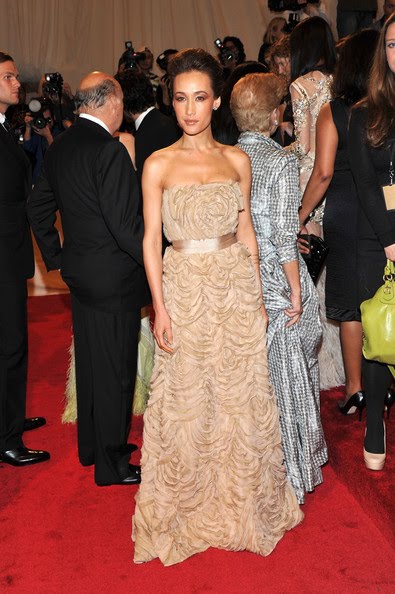 Pretty, but it would have been so much prettier in a color. 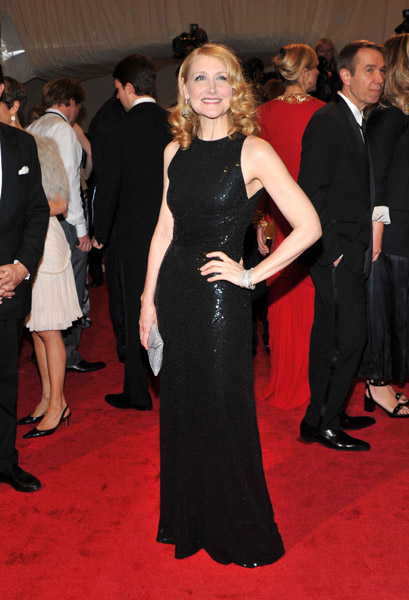 Too plain. Too WASP-at-the-country-club-gala, which is her look, but she should have stepped it up for the night. 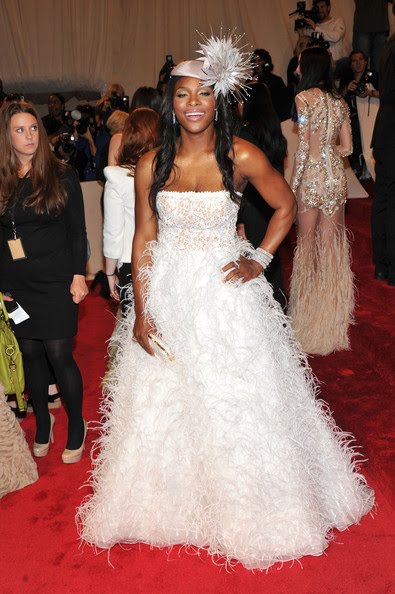 Oy. Because of the Royal Wedding, you’re going to see a lot of American celebrities foolishly trying to make crazy hats happen for the next week or two. Celebrities. They’re such silly things, aren’t they? The dress is gorgeous, but putting that hat on took the whole look to “lip synch for your life” territory.