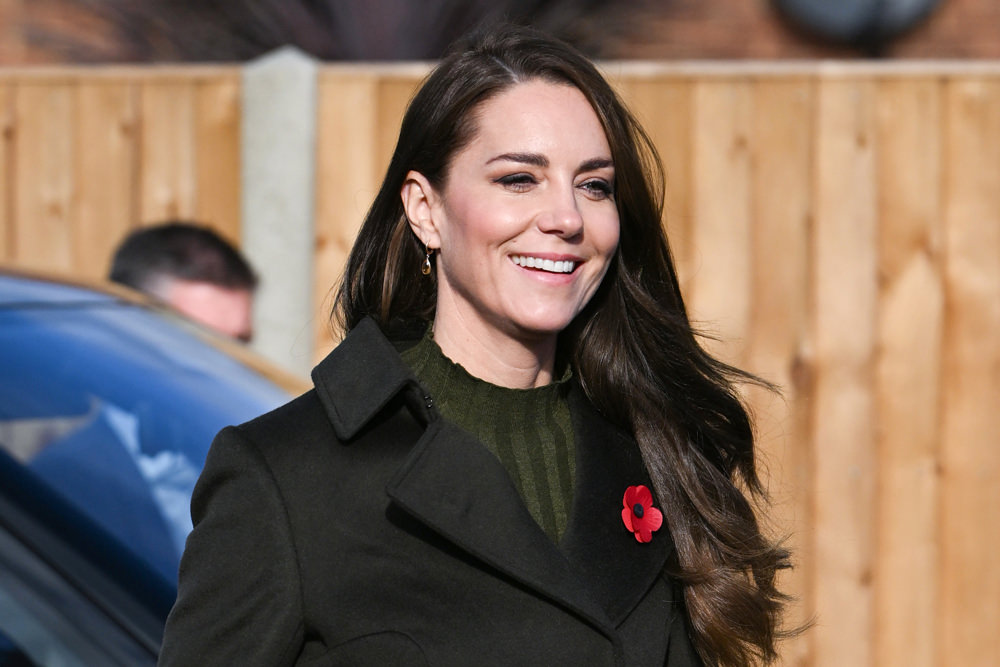 Catherine Princess of Wales visited Colham Manor Children’s Centre as part of a focus on the Maternal Mental Health Alliance. To pass the occasion, she wore an uncharacteristically muted look with one slightly Markle-esque touch to it. A wonderful first visit with the Maternal Mental Health Alliance this morning, seeing its work and the benefit a holistic approach brings to so many mothers and families. pic.twitter.com/fAfX4ogbXs

— The Prince and Princess of Wales (@KensingtonRoyal) November 9, 2022

It’s rare to see the Princess in black outside memorial or funeral occasions, but we’re taken with how well the coat coordinates with that muted green. It’s a somewhat surprisingly somber look for an occasion like this, athough we wonder if she tried to keep things toned down on this, the morning that the supposedly explosive fifth season of The Crown drops. Her coats have gotten somewhat longer of late. We still don’t think she’s going through any major style evolution outside of the normal one that happens when a person ages and settles down. She may not be favoring the sassy, cinched coatdresses of years ago, but we think that has far less to do with her changing role (let alone her sister-in-law) than it does with her turning forty after having three children. Having said that, the belted trench is something of a Meghan go-to. Even so, we’ll reiterate our stance that the royal-watching press’s insistence that every outfit Kate wears is a “callback” to some other royal outfit in history is WILDLY, sometimes ridiculously over-stated. You could just as easily compile a list of Kate looks that resemble things Princess Anne wore as much as they resemble anything Princess Diana wore. There are similarities in female royal style because that style is so well-defined and restrictive, not because they’re all sending secret messages through their clothes. Diana didn’t invent polka dots and Meghan didn’t invent belted coats. It doesn’t have to mean anything when Kate wears such widely worn classic elements and styles.