Part one is here! Let’s GO! 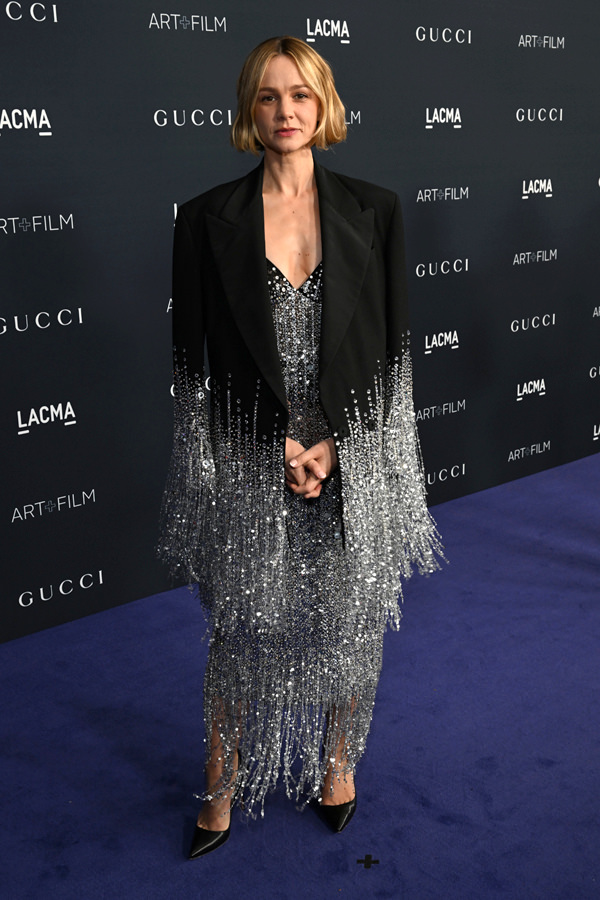 Well, the scrolldown was certainly unexpected. It’s so weird. She’ll dress either in these utterly plain frocks or she’ll show up looking like a fireworks factory on fire. She has no in-between style setting. He looks great. It looks like he’s getting much better tailoring advice now. She must be so relieved to be out of that worm costume. This is kind of low-key, but it’s hard to argue that it doesn’t work for her. Really gorgeous in an unusual way. It’s got all the style elements of high-end 1920s style (feathers, fringe, pearls and sequins) but none of it is rendered in 1920s style. Yuck. Sorry, but we’re a big NO on that jacket, which looks terrible on him. It’s giving 1940s screen siren and it looks fantastic on her. It didn’t need the gloves at all. Stunning. The jewelry and manicure are both such perfectly chic accompaniments. Just… no. You can’t just add a pair of ugly-ass gloves to any gown and call it trendy. This looks dumb. The gown’s really nice, although the neckline is a bit too wide on it. It just feels like a slightly frantic attempt to show skin in an unusual sort of way. It’s not very interesting or pretty. It’s a little wallpaper-y, but she looks very pretty in it.