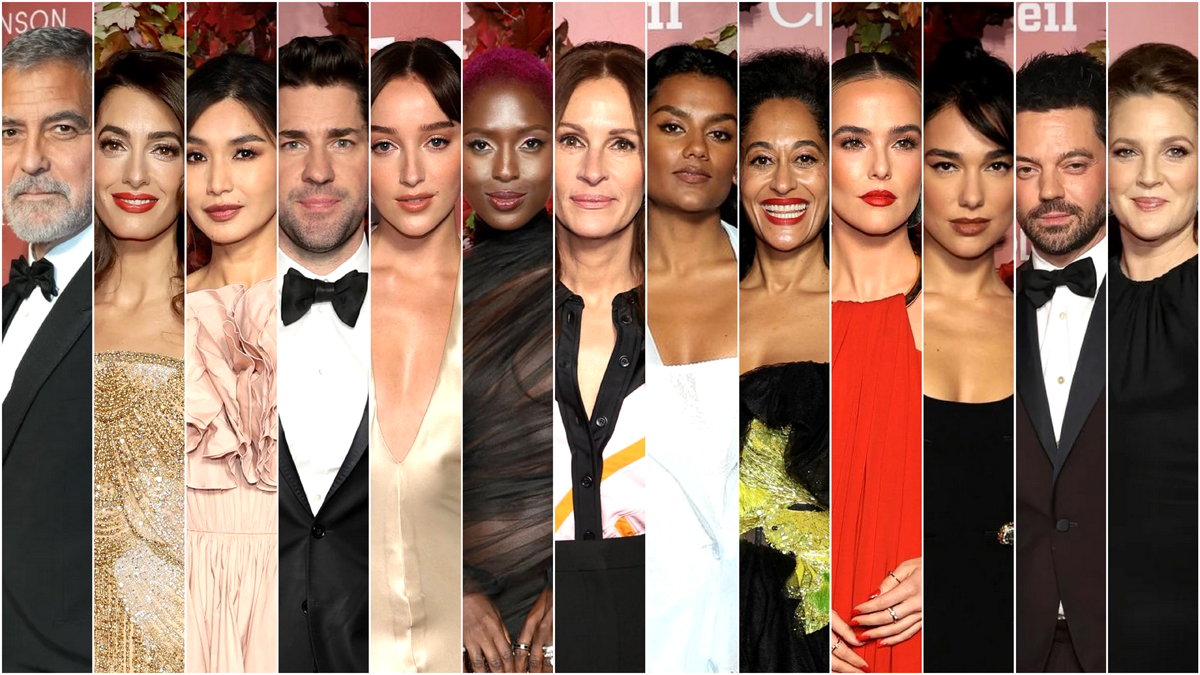 When George and Amal Clooney put on a gala, you can bet the red carpet is going to be studded with some A-listers. The stars came out for the Clooney Foundation for Justice’s first Albie Awards, given to those who devote their lives to justice and named after South African activist Albie Sachs. Hooray for the justice fighters, but we’re shallow sorts ’round these parts and we’re going to judge some clothes. We think George may have finally procured himself a new tux after bragging for years that he wore the same one to every event. He looks great. Her gown is pretty dazzling, but we don’t like the shape of the skirt, especially the tiered aspect of it. The purse is kind of silly, but everyone needs a place to store their phone, we guess. This is the best she’s looked on a red carpet in ages. We’re not entirely sold on the high hair, but she looks chic and really well put together. It looks like she’s covered in bottle caps. This in the same week when Ana de Armas stepped out looking like she was covered in beer can tabs. Trend alert! Summer camp crafts are IN. Someone’s about to hit the red carpet in shoes made out of Pepsi bottles. It’s pretty but we hate the color. Pure drama. As a design, we don’t love the dress, but as a red carpet moment, this whole look can’t be beat. Looks fine to us. This doesn’t seem like the kind of event that called for tricky takes on the tux. The Clooneys are all about that classic style. We love the jacket and skirt, but that top feels like it’s pulling focus from both of them. A gown like this needs to be impeccable and that center seam just isn’t. The styling is lovely, though. It feels like Champagne is coming back as a color. Meh. We’re not scandalized or anything, but this doesn’t feel like the kind of event where you’d wear something like this. The idea could be interesting; a spin on the tired sheer dress trend, but the results here aren’t that great. If that coat looked more like a conventional trench coat, this might have worked. As with so much of Tracee’s style, it’s kind of weirdly shaped and hard to figure out, but it mostly works because she sells it so well. Stunning and perfect. Love the collar.