Home » Style » EVERYTHING EVERYWHERE ALL AT ONCE Star Michelle Yeoh... 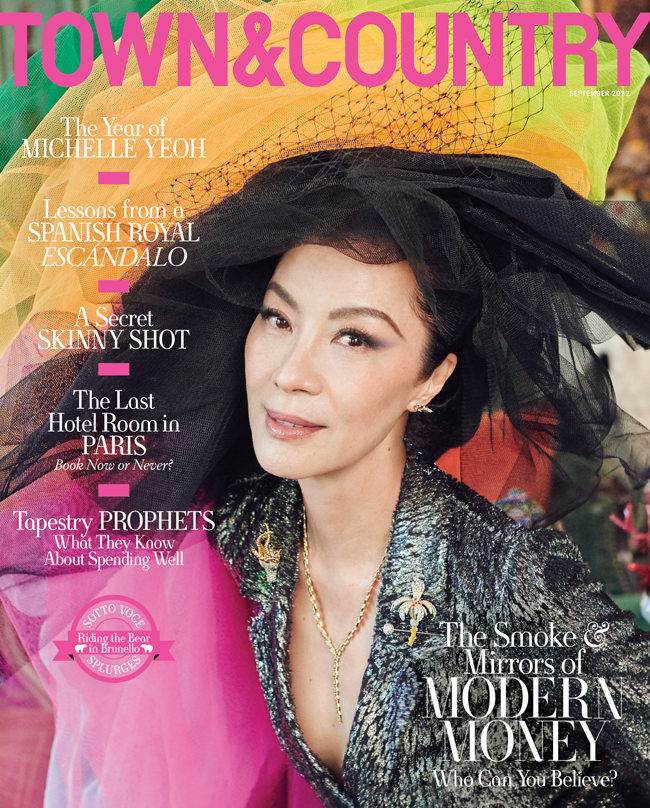 She’s been a beauty queen and an action hero, but now with the awards buzz of EVERYTHING EVERYWHERE ALL AT ONCE and that Avatar sequel on the horizon, Michelle Yeoh finds herself at the zenith of the Hollywood firmament. It’s no surprise if you’ve been paying attention. 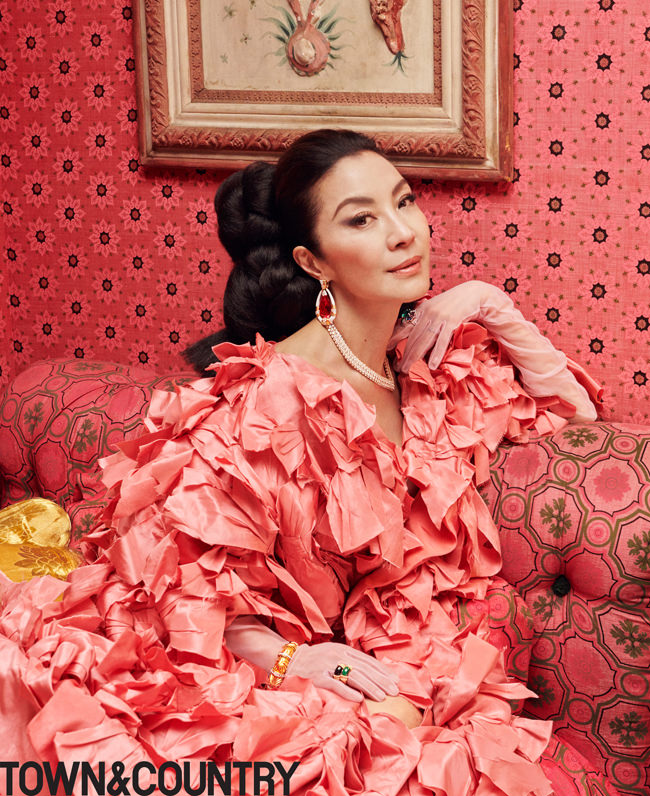 On how Yeoh’s mother, a big proponent of her career, entered her in the 1983 Miss Malaysia pageant that she ended up winning: “I’m a little competitive by nature,” she admits. Then she shrugs and says, “I think the judges were blind.” Her second pageant was Miss World, where she walked across the stage wearing a traditional gold and green costume, but she never competed again. When asked if her mother takes credit for her career, Yeoh says, “All the time! She always tells me, ‘It’s me, I created her, I gave her this,’ and I’m like, ‘Yes, Mom.’”

On her determination to fight for better parts after her first movie where she began to fall for her producer, Dickson Poon: “I didn’t want anyone to say, ‘She’s there because he’s the producer,’” she says, “so it gave me more incentive to say, ‘I’m here because I deserve to be here.’”

On fracturing some vertebrae in a stunt plummeting from a bridge for The Stunt Woman and how it impacted her decision to retire: “I thought I broke my back. I thought I was paralyzed,” Yeoh says. Trapped in a brace and wincing every time she breathed, she had the opportunity to consider safer work options.

On meeting Tarantino and how he convinced her to come out of retirement: “I must say, Quentin, he’s persistent. He is who he is today because he’s full of passion and love, so he wore me down.” She allotted him five minutes. He sat on a pillow at her feet and began to recite each of her stunts in detail. “Suddenly we became animated,” Yeoh recalls, dabbing a tear. “So then I thought, Maybe I’m not ready to give up on this.”

On her outlook on life and how she doesn’t dwell on what hasn’t come her way: “I go forward, because life is about moving forward,” she says. If she hadn’t lost ballet, she would never have landed in the movies. If she hadn’t retired and come back twice, she would never have had a career that she loves or the adventures it has brought. “Failures make us stronger, and they make us understand the path.”

On how she loves splurging: “In recent years I do reward myself. Why would I wait for someone to send me flowers? If I want the flowers, I will go and buy them.”

On enjoying her success and her career: “My guiding light is you do it because you want to do it—with passion. Our life is a gift, and hopefully when it’s time to go I will say, ‘I lived it to the fullest.’”

Previous post:
Lili Reinhart in Miu Miu at the LOOK BOTH WAYS Premiere Next Post:
Renée Elise Goldsberry in Marc Jacobs at the SHE-HULK: ATTORNEY AT LAW Premiere: IN or OUT?