Anne Hathaway’s new limited series WeCrashed drops this week on AppleTV+, part of a recent wave of streaming series about the big scammers of our era. As much as we love Annie, we don’t know if we’ve got it in us to sit through another of these, especially if it comes with Jared Leto doing another accent. On the other hand, we’re thrilled that it means she’s out here on these streets, slinging highly discussable looks.

In Versace at the SXSW Film Festival NOT ONLY did this lady come to SXSW in full glamour mode, but she asked Pipatchara, who supplied her costume bag, for a little way to show her support to the embattled trans community in Texas. Check the transgender flag detail. These sorts of things are merely gestures, so we won’t overstate things, but it’s still nice to see. The dress is pretty damn hot. We think we’re going to head into a trending period where the clothes will be high glam and sexy, but the styling will be low-key and unfussy, just like this.

In Christopher John Rogers at The Late Show with Stephen Colbert 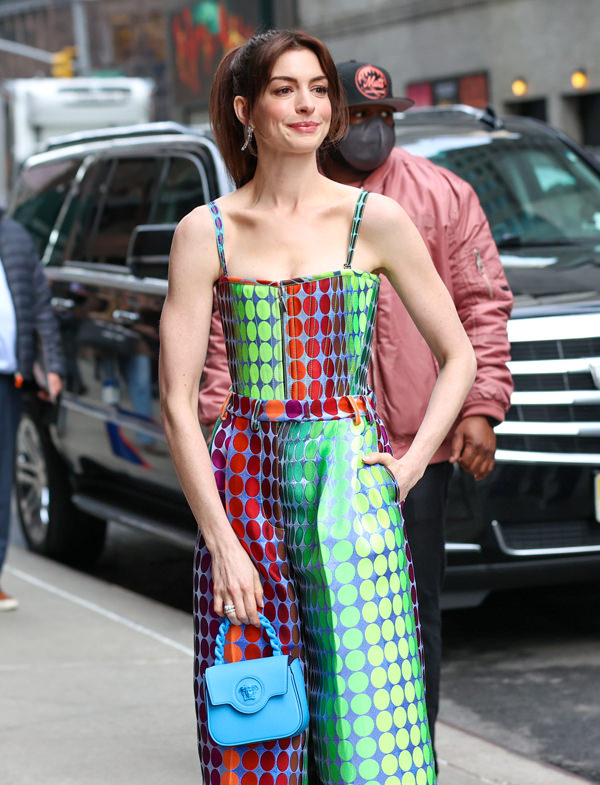 We’re currently in a period where designer Christopher John Rogers is in his glory. He is the top pick for celebrity ladies in 2022 and you can always tell when she’s wearing one of his. This is pure fabulousness. She looks amazing.