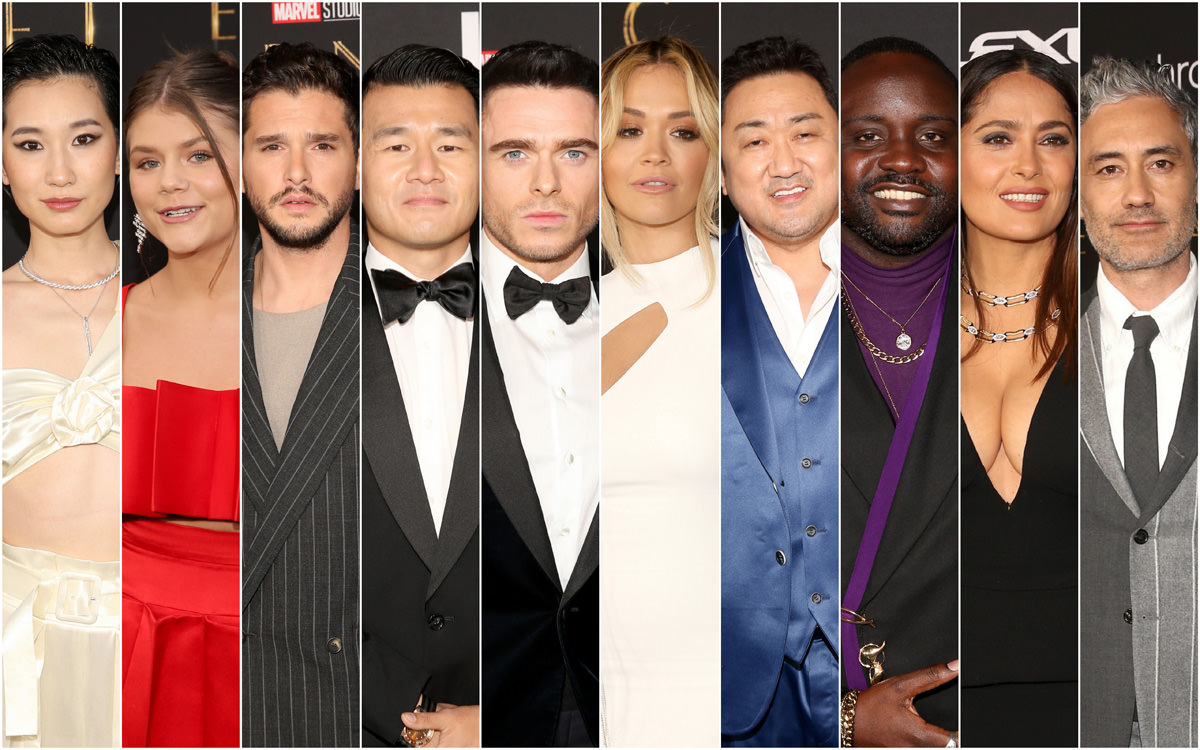 The stars of the Eternals and other members of the extended Marvel family came out to celebrate the film’s release. We highlighted Angelina Jolie, Kumail Nanjiani and Gemma Chan because they demanded a little spotlight time, but they weren’t the only ones who put a little effort into their looks. We wish we could say we like this, but the purple trim makes it look way too much like loungewear to us. We don’t love the shoes or the shape of the pants and we think the heavy jewelry doesn’t go with the style. We want to hate this because double-breasted suits with t-shirts and sneakers so rarely works, but this all came together really nicely. We still think the footwear choice is all wrong, but everything above that looks great. This was such a gowns-and-tuxedos sort of affair that it’s a bit of a shock to see someone in a romper. We don’t object to it in theory, but we really aren’t crazy about this one. Love the necklace, though. We can’t help hearing an accordion when we look at it, but it’s the kind of fun party dress a 14-year-old would love. Some men were so born for the classic formal tuxedo that we can’t even work up the energy to call it basic or dull. He couldn’t look dull in this if he tried. It’s not the most interesting gown in the world, but considering how her style tends to lead her to some fussy and tacky places, that’s not such a bad thing. We kinda like the gold lining. Daughter Valentina’s dress is very cute. Love his suit but it’s a little snug on him. Her gown is fine but we’re already tired of what has become a sudden fall trend for white gowns. It’s hard to get them wrong if you don’t fall into the bridal trap but they don’t take particularly interesting pictures. The white gown is this season’s little black dress – and we adore how nonsensical and yet totally sensical that sounds.