Venice Film Festival: Jessica Chastain and Oscar Isaac at the “Scenes from a Marriage” Photocall Oscar Isaac, out here putting all other male co-stars to shame. Not with his red carpet choices, which are … well, we’ll get to them later, but because he’s willing to hold his-co-star’s purse while she zhuzhes her hair for the cameras. You just don’t see that kind of chivalry anymore, do you? We’re often a little hard on her for her style choices, mainly because they never seem to suit her all that well. We’re not sure this vaguely Audrey Hepburn-esque take would have been our first recommendation for her, but we can’t deny that it looks really great on her. Our only quibble is an almost embarrassingly old-fashioned one. Given that you can see the skirt through the jacket, we think this would have looked better if she’d worn a slip. We honestly don’t mind that you can see through it, but that overlap of jacket and skirt is a little awkward. LOVE the earrings and bag. We think strappy white sandals might have made a better choice. 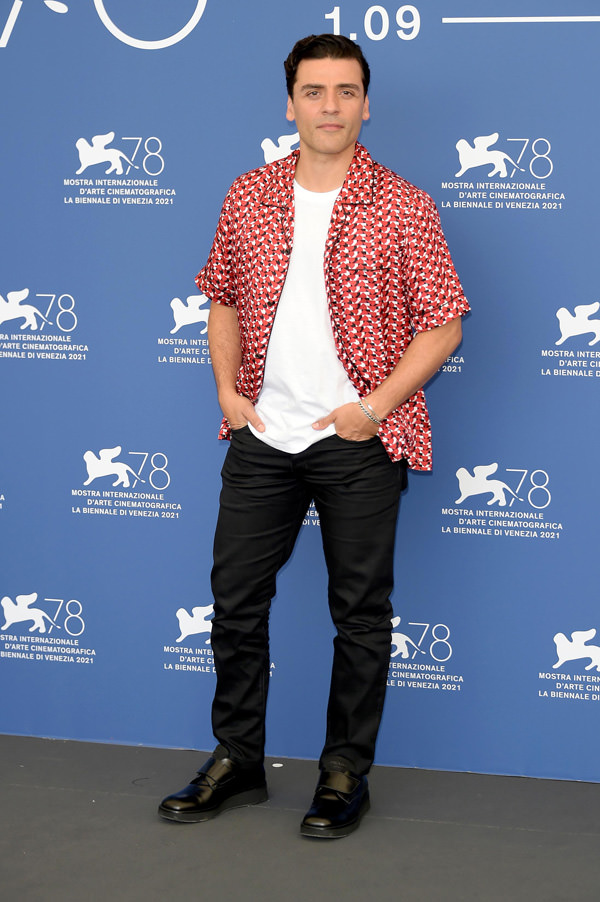