In the second of three covers for W Magazine Volume 2 The Directors Issue, on stands April 6th, Sofia Coppola directs three of her closest collaborators: frequent muse Kirsten Dunst, (who reveals her second pregnancy on the cover of the issue!) whom Coppola first directed in The Virgin Suicides, when Dunst was 16 years old; Elle Fanning, who appeared in Somewhere at age 11 and in The Beguiled at 18; and Rashida Jones, the protagonist of last year’s On the Rocks and a longtime behind-the-scenes influence. Inspired by the glossy pages of the 1980s featuring society hostesses posing in their glamorous settings, Coppola wanted to recreate the feminine and fancy nostalgia of the magazines of her teenage years. 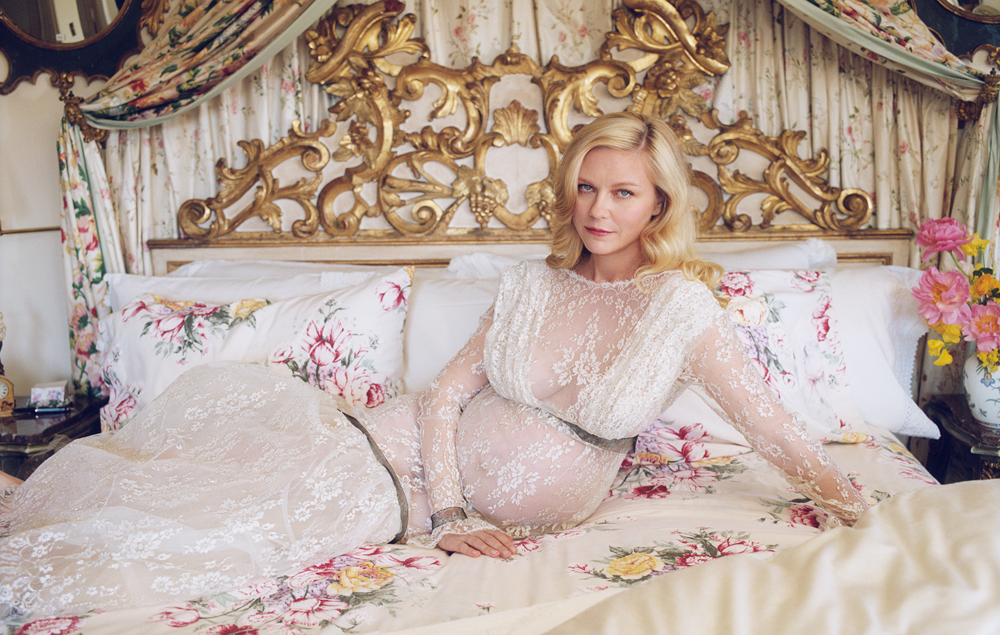 Sofia Coppola discusses her vision for this project: “I think we’re all so starved for some beauty and fashion after being home. I wanted the whole thing to be feminine and fancy, because we’re too casual these days. The idea is that these women are lying around like they’re tired after trying on so many gowns.”

Sofia Coppola on where her fascination with the images of society women comes from: “Clearly, I’m drawn to these fancy society ladies. Once, my mom was like, ‘Where does that come from?’ And, I don’t know, maybe growing up in the chaos of hippie artists in the ’70s—that’s the most opposite world. It’s so foreign to me and how I was brought up. There’s something intriguing there.”

Kirsten Dunst recalls working with Coppola for the first time The Virgin Suicides: “I felt really protected. She made me feel like I was cool, like my teeth were cool, and I was pretty. At 16, I did not think anything of myself. And it’s nice to have had another woman celebrate that transition, rather than it having been sexualized through a man’s perspective.”

bra midway through filming Somewhere: “That was a moment. When you’re 11, you are physically, emotionally, mentally changing. You’re also very influenced by your surroundings. One of my first big film sets being led by a woman created a normalcy to seeing women in charge…Sofia is able to strip everyone down in her films. She makes the most mundane, small things in life just so completely magical.”

Rashida Jones shares the unique parts of her character in On the Rocks that both she and Coppola have in common: ““I, too, have struggled with my awesome father—whom I love so much, who’s a big figure in my life and in the world—and having to figure out who I am without him.”