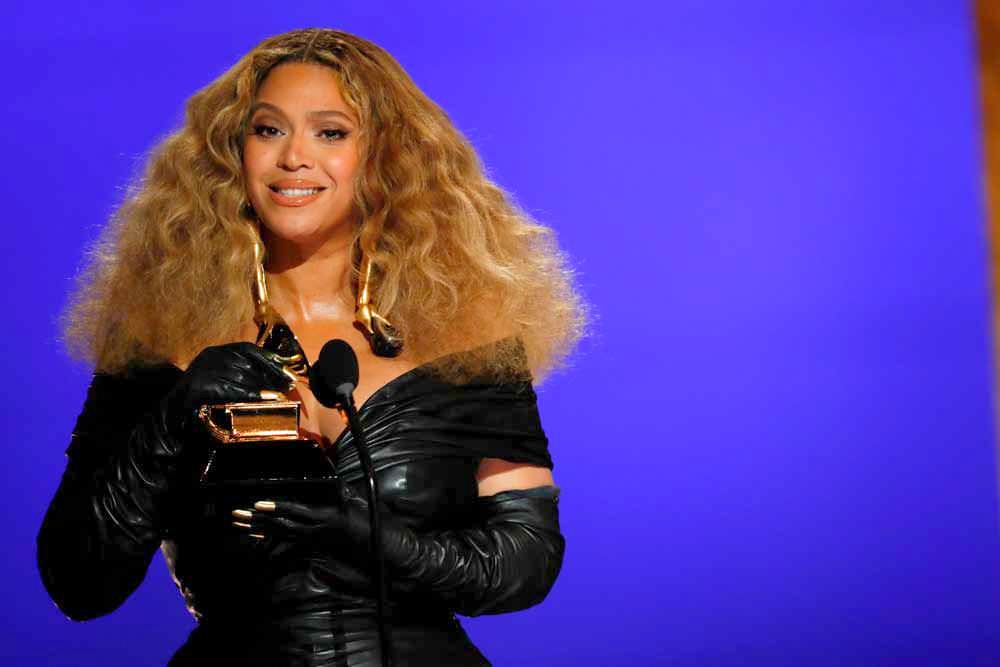 Beyoncé sighed as she scrolled through her messages, muttered to herself “Fine. I guess I can go out and make history tonight, but I’m really just doing this for Megan” and got up off the couch to conjure up herself a lewk. Okay, given that this was clearly a well-coordinated moment, we suppose there was some planning and forethought involved here, but it’s just so much easier to picture Beyoncé deciding at the last second to make a public appearance and snagging a piece of killer couture on the fly so she could step out, snag her 28th Grammy and set a record for the most Grammys won by a woman and the most Grammys won by any singer. In other words, this is not an ensemble chosen to sit in a seat and politely clap as other people won awards. This was a look for getting up on stage and taking a victory lap. It’s an unusually strong and declarative sort of look for her, whose off-stage fashion (her stagewear is in an entirely different category) doesn’t really have a tendency to push the envelope as much as this does. The dress itself is fairly basic in design (which is something she overwhelmingly prefers in her off-stage style choices), but the look is really made by those insane leather gloves, massive earrings, and a massive mane of diva-goddess hair to top it off. She came to pick up her trophies (and support Megan), sure. But she also came to re-state her diva bona fides in case there was any chance of people forgetting.