Miss Penelope, international superstar that she is, has been having a grand old time working an impressively wide range of looks at the Venice Film Festival. We can’t remember the last time her promo style felt so energized and full of personality.

Penélope Cruz in Ralph & Russo Couture at the “Wasp” Photocall 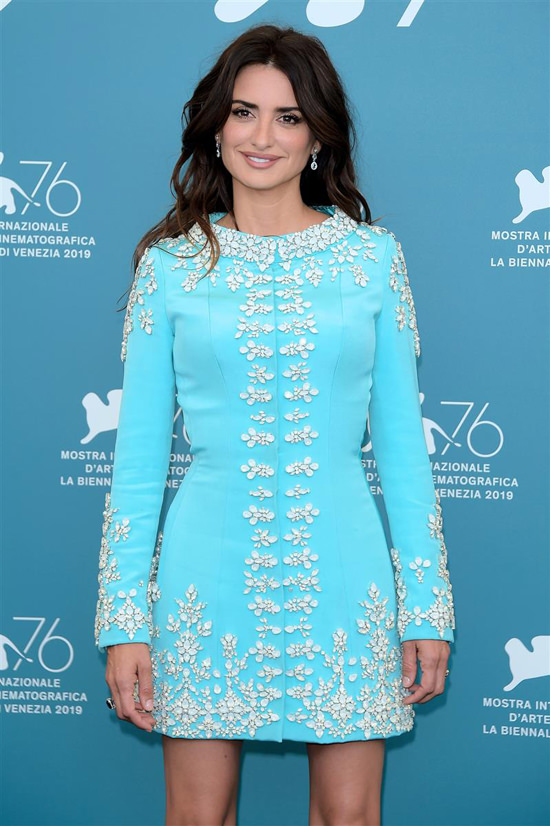 This is essentially a figure-skating uniform for the 1968 winter Olympics and yet somehow, it doesn’t look costumey or too retro on her. The silver sandal/red pedi combo does a lot to freshen the look up. But it also just happens to be a great color and style for her. Bold and bright, but not too fussy or difficult. The best sort of high-impact look.

Penélope Cruz Arrives at Excelsior Pier in Chanel and Paige But before we move on to the next red carpet, can we stop and just say how absolutely fantastic her casual day look is here? The proportions are perfect for her and everything is well coordinated without looking fussy or curated. We know she didn’t, but we could believe for a second that she just threw this together 15 minutes before walking out the door.

Penélope Cruz in Ralph& Russo Couture at the “Wasp” Premiere Lorenzo is absolutely in love with this look. Which isn’t to say Tom doesn’t love it; just that he thinks he’s seen some variation of it a thousand times before. Still, that’s not really a criticism. She’s never been trendy and has a professional’s understanding of what works for her in different settings. In some ways, this is a standard red carpet look for her – neutral, feminine, a little floofy but relatively understated. We say “relatively” here because this is a bit more exuberant than her usual fare, which is partly why Lo is so smitten with it. We think the design would be improved without the “straps,” but the feathers and beading in the bodice are really breathtaking.