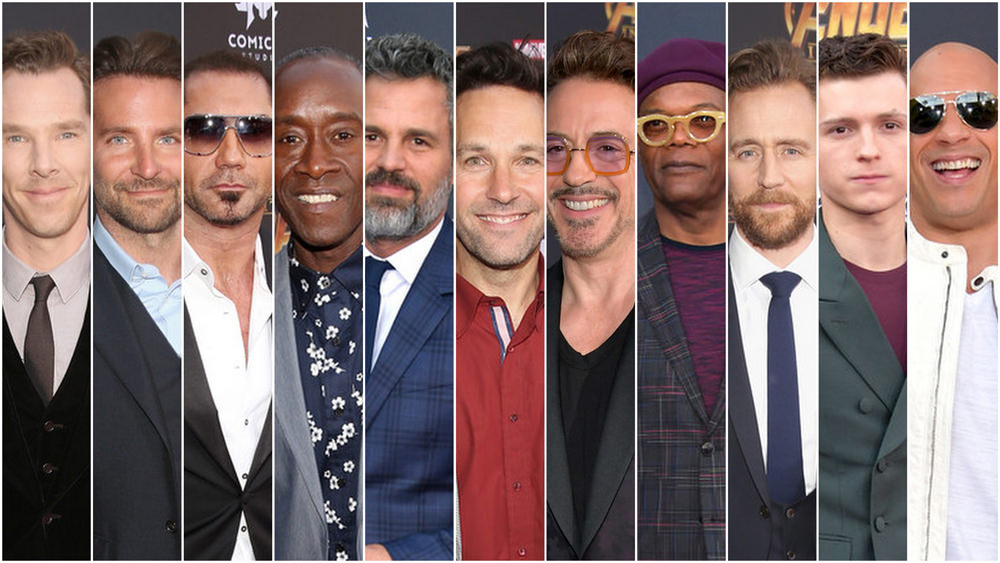 Gentlemen, start your engines. It’s time to wrap this endless premiere up – with JUDGMENT. 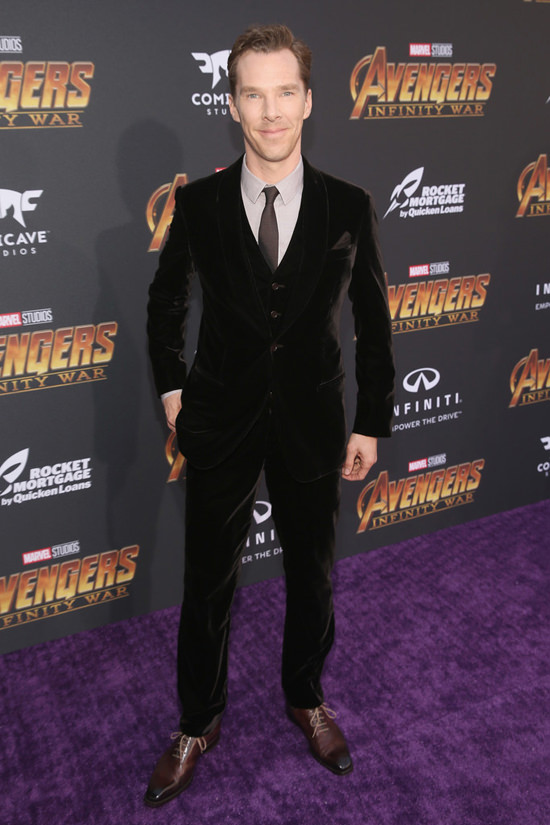 The Cumberbatch appears to be wearing a brown velvet suit, which is a thing that probably, in most cases, should not exist. And yet here he is, looking pretty spiffy.

We really need to work “spiffy” into the vocab rotation a little more. What are you, the senior partner? Loosen up, racoon. Meh. There are women here in gowns. Put on pants and a jacket that fits. Also, get rid of the landing strip. Why? Because it’s not 2003, that’s why. It started off so well. Love the jacket and shirt combo, but everything below the waist is a let down. 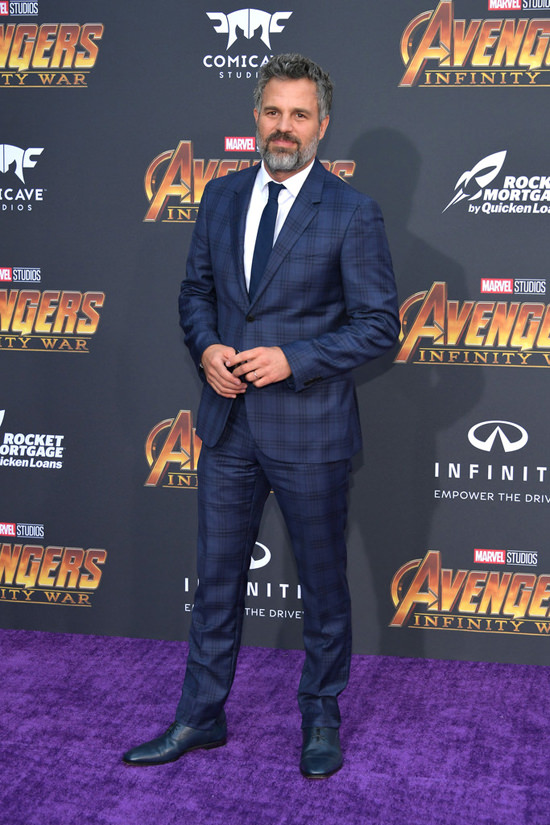 If we wanted to be perfect bitches about it, we’d note that a blue plaid suit is not as on trend as it was a year or two ago, but the fact of the matter is he looks better here than in almost any other red carpet appearance we can recall. He may not be trendy, but he looks good. Love the shirt and the shoes, but the gray suit is kind of dull and doesn’t do much for those pieces. All things considered (like, for instance: Robert Downey, Jr.), this is pretty good. Looking at it, we can’t really think of one constructive piece of criticism we could make because it all suits him so well that any changes to the look would take it away from its Downeyness. Mr. Jackson, looking pretty sharp. Our only recommendation would be for a darker shirt, closer to an aubergine. Also, the suit is kind of generic. We’re always saying that the pool of men who can effectively pull off a double-breasted suit is a small one, but the selection of those who can work one WITH A T-SHIRT is practically infinitesimal. Behold a member of the less-than 1%. Although we doubt he’ll be able to work this look as well once he ages up about five years.

Love the colors, but the fabric-covered buttons read very ladysuit. 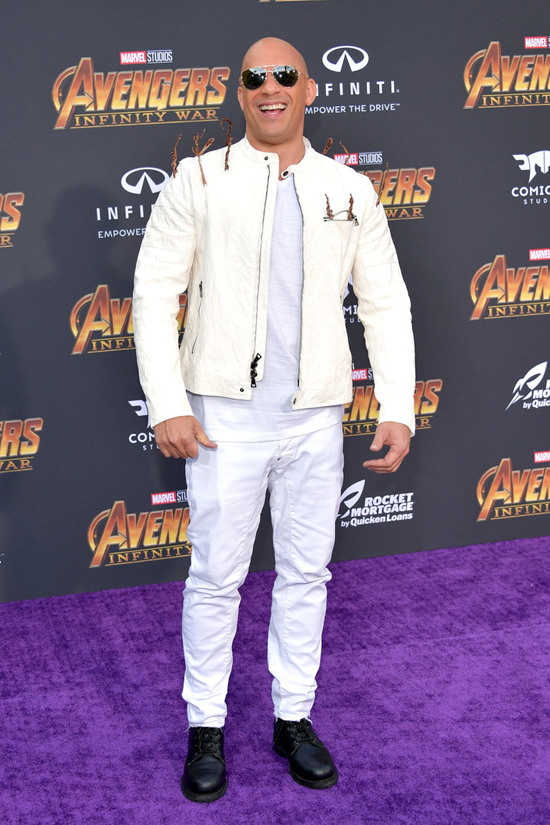 Honestly, we’d expect no different from him. He’s Vin Diesel. A suit might have been nice, but this is much more on brand for him.