We’re several days late on this but we don’t care. It’s part of the grieving process. We’ve finished with Bargaining and now we’ve moved on to Judging.

Well, that’s how our grieving process works. We can’t speak for you. Oh god, those shoes are awful.  Everything else is really great, though. 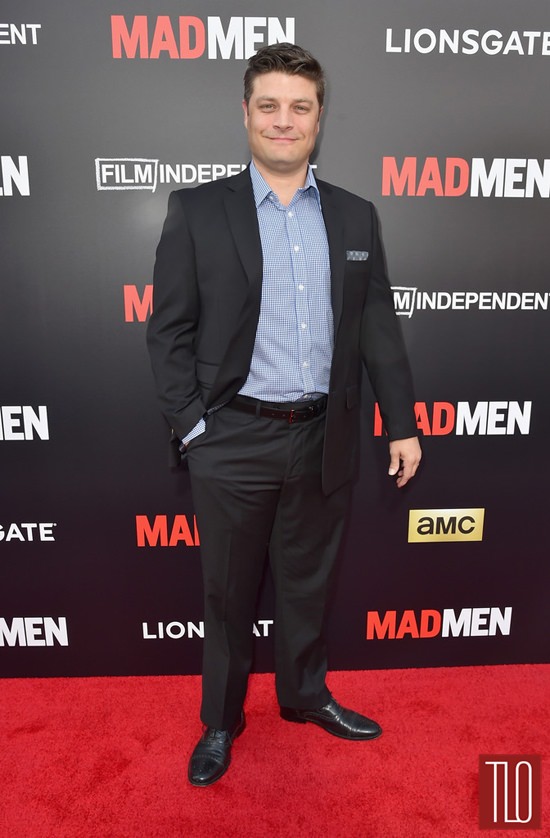 This is taking a lot of getting used to. Lady had a baby. She gets to wear whatever she wants. This is fine. The shoes are distracting as hell, though. Fine. Whatever. We’ll be nice. That’ll do nicely. He looks so much younger without the mustache. People always ask what happened to Bobby Draper and why he aged down so much, but the fact of the matter is that, like Kiernan, Mason’s playing a character exactly one year older than he is. It’s just that he hasn’t made that big leap yet, so he looks too young for the role. Having said that, we think he deserves some props for being the best Bobby by far. He had that Draper melancholy down at an early age, just like Kiernan did. Nice enough suit, but the high hair and phone in his pocket isn’t helping the look. This may be sacrilege to say, but if he asked our opinion, we’d tell him it’s time to do some style work and change his image a little. Did he just borrow an old Pete Campbell costume? It’s amazing how ten years just evaporated off his face.