It’s the end of the week and we’re tired and cranky! Hit it, losers! 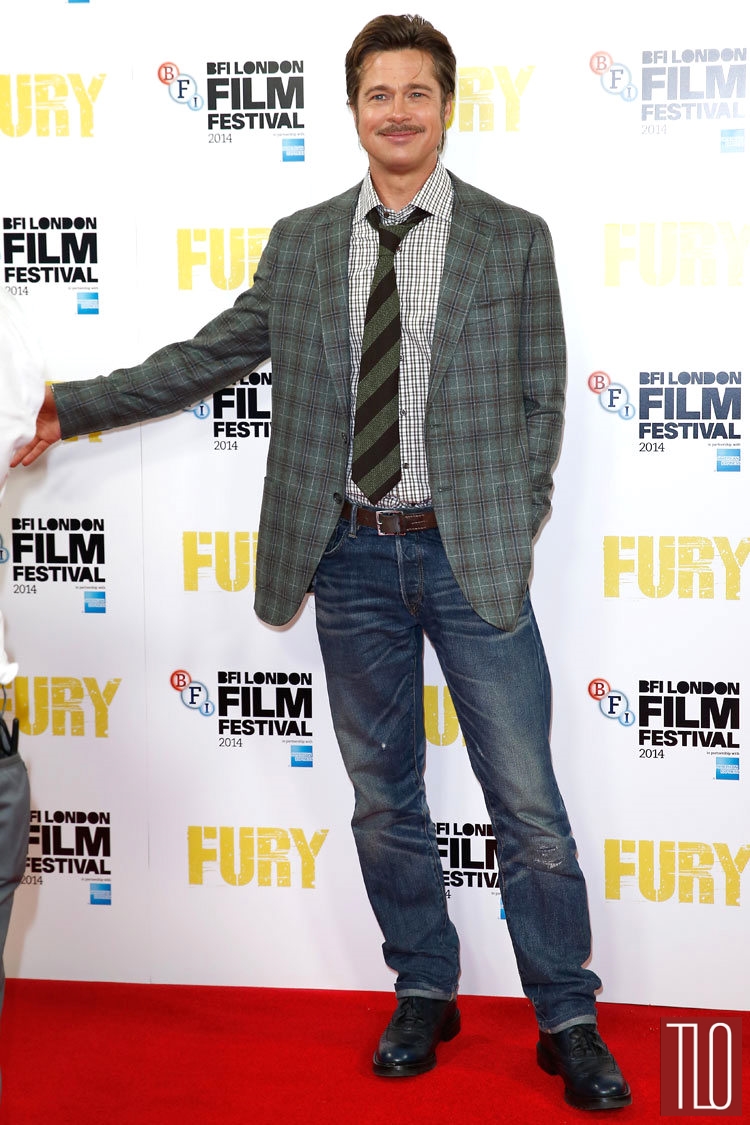 Brad Pitt attends the photocall for “Fury” during the 2014 BFI London Film Festival in London, England.

Too old for hipster-twee, grandpa! Someone needs to slap the yellow out of her hand the next time she picks it up! It’s a good thing that coat’s so eye-catching, because the rest of your outfit makes you look a little homeless, dear! Seen it before! Bored now! Were these the only two clean items in her suitcase? Serving up “Don’t Cry For Me, Argentina” realness! Nicole? Is this man bothering you? Rooney Mara attends the premiere of “Trash” during the 2014 Rome Film Festival in Rome, Italy in Balenciaga./em>

THE AUDREY BOT IS BACK! Thank God the shoes are hideous because otherwise we’d have died from all the cuteness! Who told you that was a shirt? They lied! Clive Owen attends screening of “The Knick” during the 2014 Rome Film Festival in Rome, Italy./em>

Everything from the waist up is fine, but those pants and shoes are tragique!