Home » Fashion » Everyone Wants to Be…Emma Watson in Saint Laurent...

It’s ladypant day! Miss Emma started us off, and now the other Miss Emma’s gonna keep the ball rolling. And later, we’ll have a TOTALLY UGLY pair of ladypants to show you, which is why we have no problem being repetitive now. Two Emmas got their ladypants looks just right. A non-Emma to be revealed later got her ladypants very wrong.

Emma Watson at the Ed Sullivan Theater in New York City for an appearance on the “Late Show With David Letterman” to promote her new movie “Noah” in a Saint Laurent blazer, shirt, and pants paired with a Reece Hudson minaudière and Christian Louboutin ‘Apostrophe’ slingback pumps. 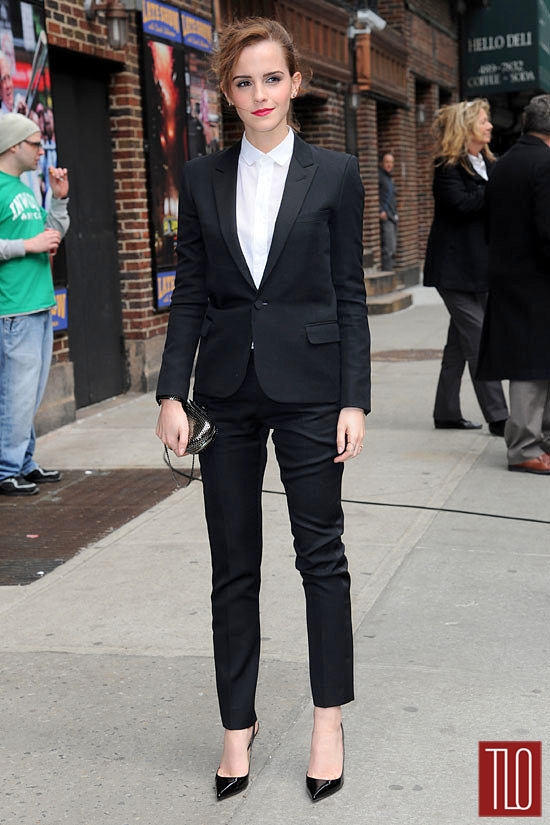 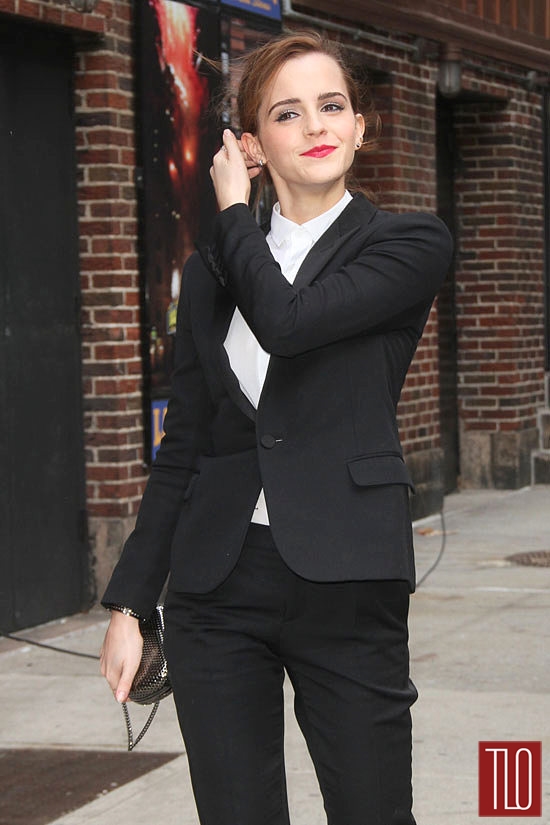 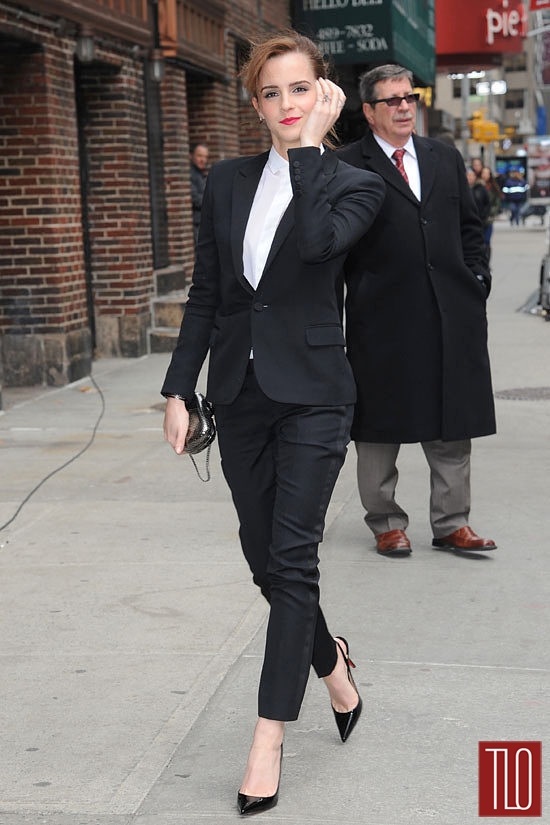 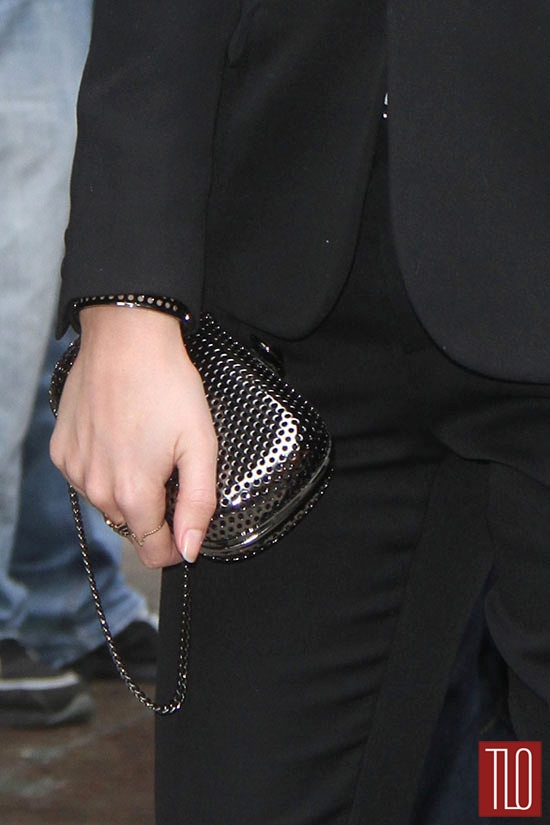 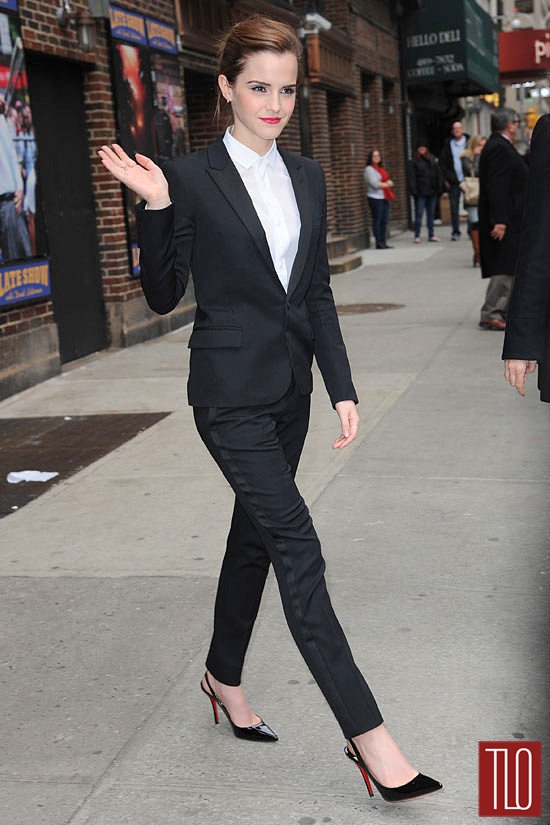 Even better, it’s a ladyTUX. And she’s wearing it to perfection. We can’t come up with one criticism. And bitches, you know we tried.