This is cute and has some edge to it, which is exactly where her style sweet spot lies; smack in the middle between sweet and edgy. 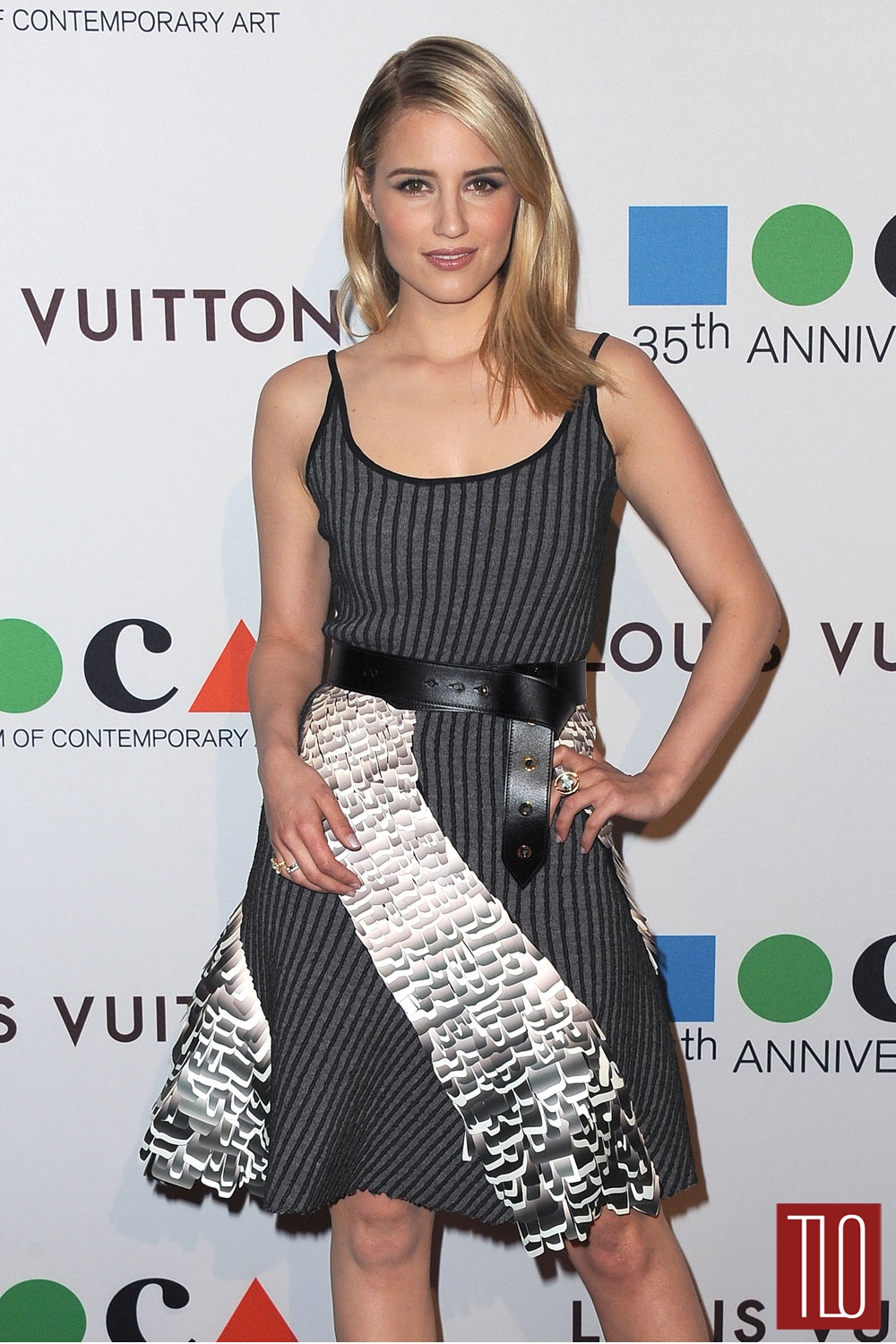 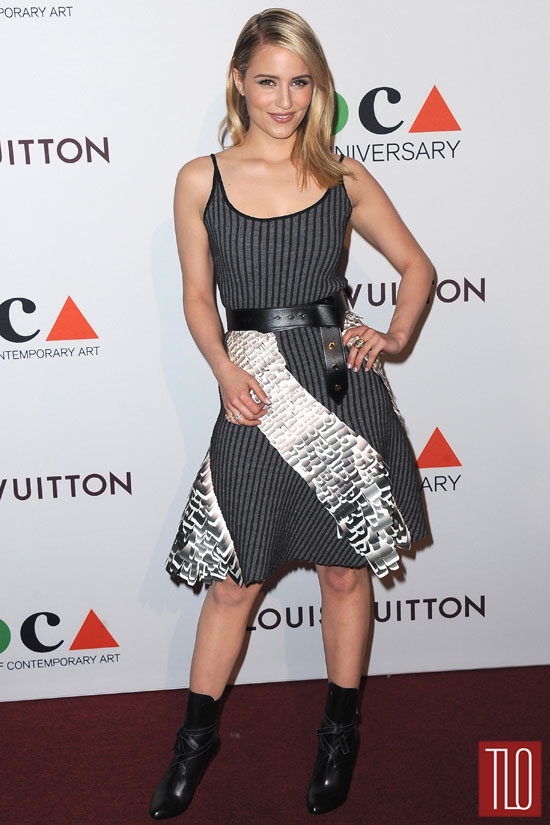 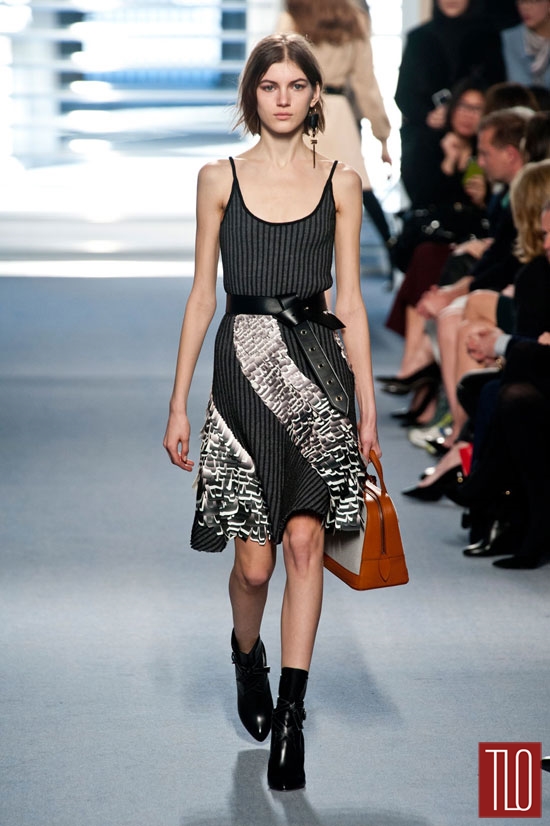 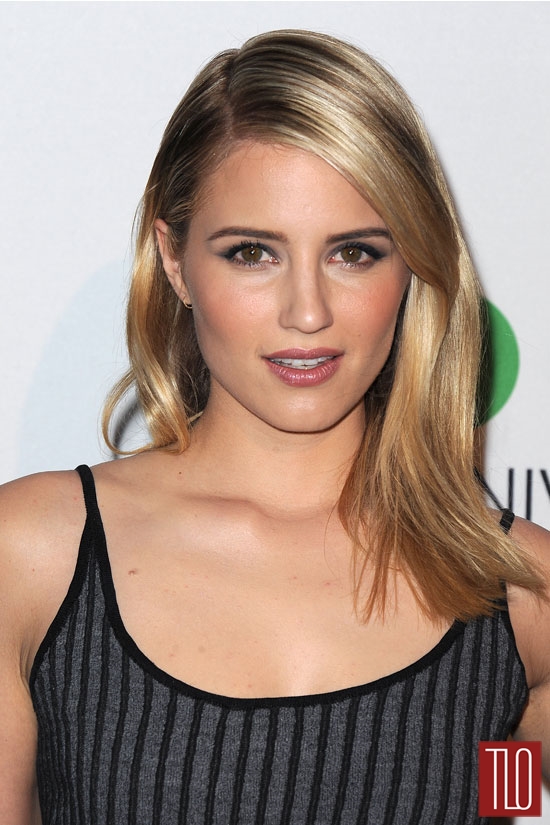 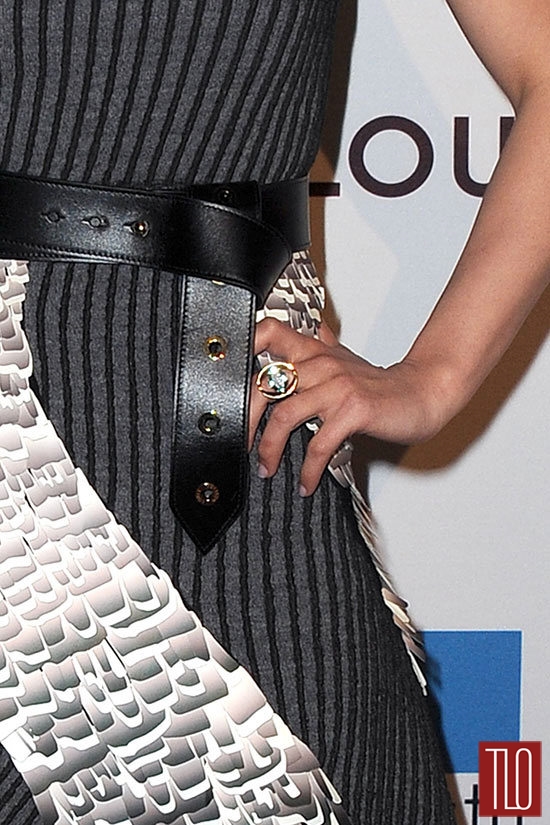 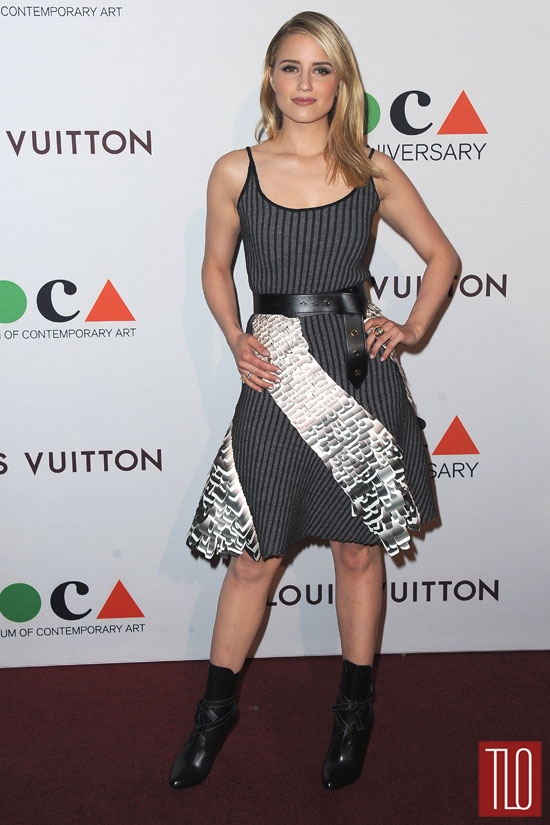 No on the booties, though. This would have been one of those times where we’d be fine with naked shoes. But if she didn’t want to get the pedi required, than pop-o-color pumps probably would’ve been our choice.

Face and hair look really pretty, but the effect on the former is a little mask -like when you get in close. Maybe someone was a little too aggressive with the blush brush this time.